That's just too ridiculous for words. Can I have it?

PRS does things with color that are hard to explain. I’m not sure who owns this one, but it belongs in my music room… 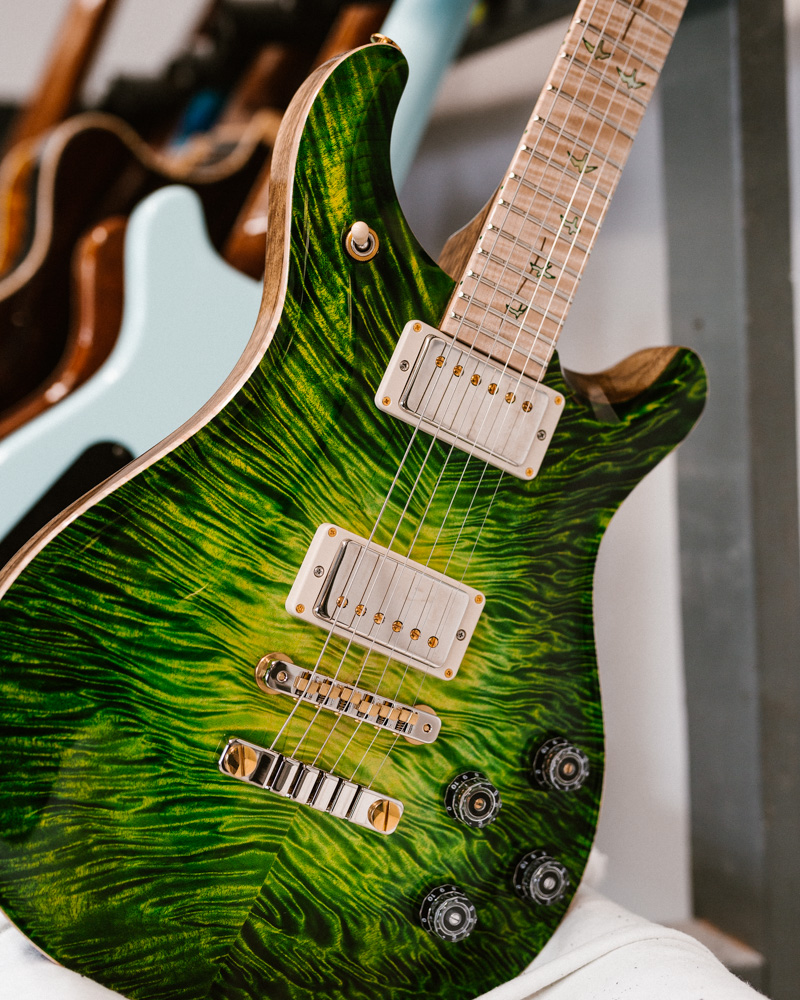 Location
Tucson, the other Arizona.

Some colors seem more consistent than others. Blood Orange can look fabulous or kind of hideous.

All in all I like a McCarty Vintage Sunburst

PRS has pretty much taken guitar colors to a new level, especially in the last few years. Some of the stuff that comes out of the factory these days is just mind blowing. However, for me, I prefer the classic sunbursts, either McCarty, Cherry, or my favourite, Vintage Sunburst: 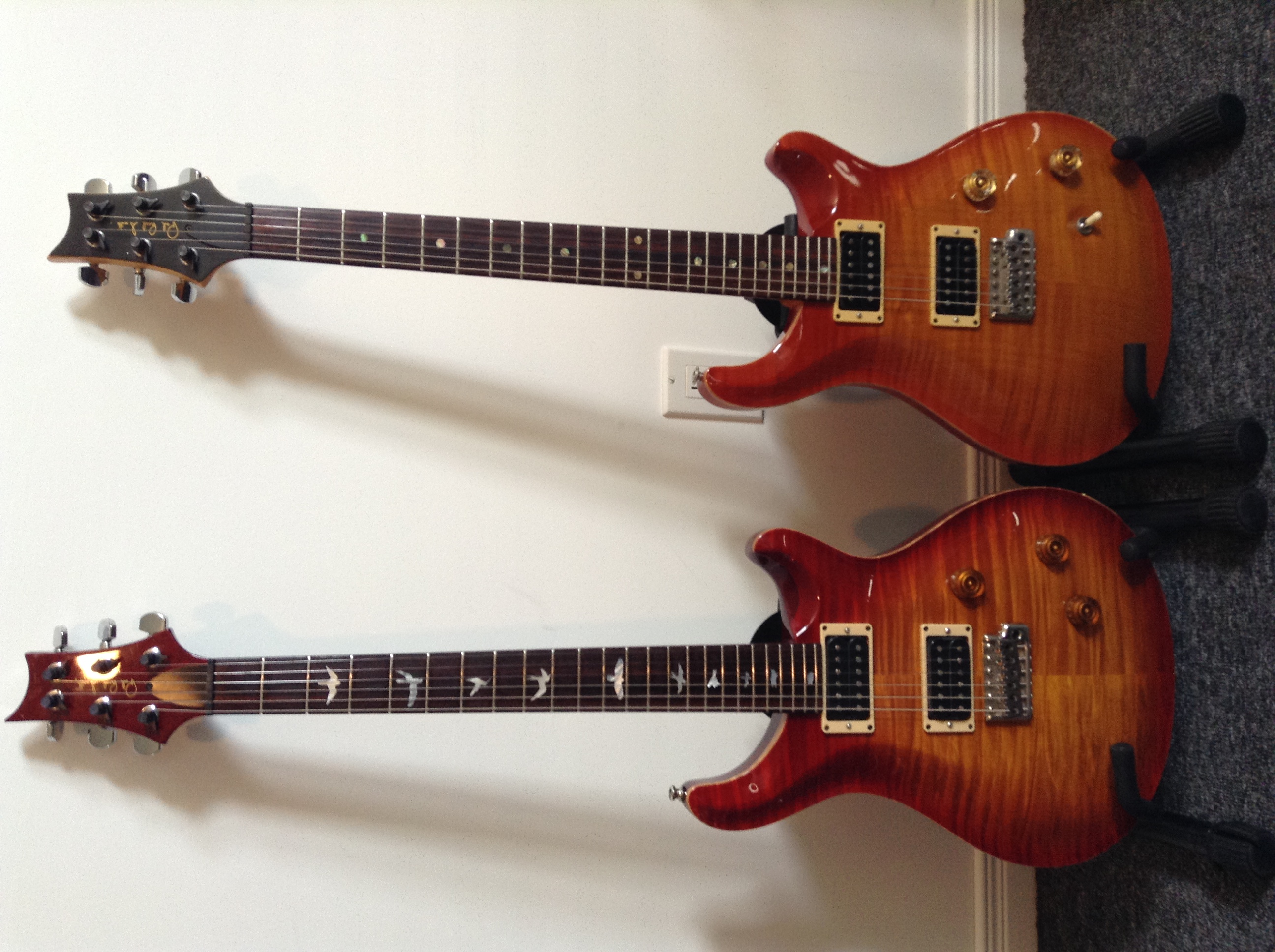 RickP said:
PRS does things with color that are hard to explain. I’m not sure who owns this one, but it belongs in my music room…
Click to expand...

Howy McJebus, that's another amazing bit of work there. And I suppose the guy who stained it, in 20 minutes on a Tuesday morning, did another 13 guitars that day and went home thinking another day, another donut. The guy who has the eye to find those patterns in planks of lumber and see the cuts before they're made gets a load of credit too. Wonder if he got a bonus for that one, - or the one WAPaul is probably not going to give me.

Sometimes I don't know whether to think PRS's coloration escapades are a travesty and an affront to nature, or whether they're another, more intense (and at least slightly psychedelic) way to enhance its gifts. That green-n-yellow explosion could be detail of the iris of a lizard's eye, or a plasma burst in a galaxy far far away, or flux lines contending in a magnetic anomaly. But no...just a distressed tree.

Funny how those patterns are nearly universal throughout nature.

We need the STEM series from PRS: Mandelbrot patterns, an accretion disk and black hole, quasar jets, illustrations in wood of the gauss lines over a pickup, the whorls and eddies of the universe dancing in the language of physics.
Last edited: Apr 6, 2022

THAT IS ONE HOT TAMALE.

Whichever is in your hands, bro.

Another vote for Mother Nature.

Purple mist or Frostbite glow is my first instinct. But I think the answer really is Raven’s heart (the limited colour for the Graveyard II ). I have never seen such a deep or intense colour 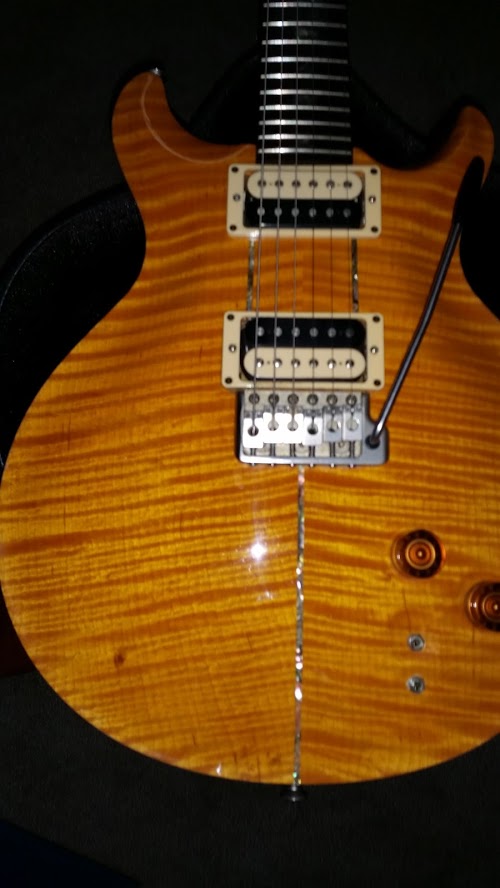 I really like the Dark Cherry Sunburst. I have a CU22 in that finish. It is very appealing to my eyes. After that I would say the McCarty burst on my SAS. It just looks fantastic on that guitar. In all honesty though, I have several others that I really like as well. One of them being an experience guitar I have in Livingston Lemondrop. Another being a DGT in Abalone. Part of it for me is the figuring in the top and how the finish brings that out.

seriously .... I don't think there's a bad colour in the PRS offerings.

There's no doubt that (Faded) Whale Blue is an absolute classic PRS color. But ~35 years down the road (today), I'm kind of thinking that Blue Matteo and/or River Blue have taken PRS's blue-game to the next level.

But I'd also have to argue that the following colors are just "right":
Vintage Yellow on a Custom 24
McCarty Sunburst on a McCarty or DGT
Black-Gold Wrap Burst on a Paul's Guitar

sergiodeblanc said:
God hates blue. How’s that for a fact?
Click to expand...

Does God hate they sky?