We Have A Sex Problem, Houston!

And I'm not talking about my sex here, or your sex, whether you have or like sex with others or with yourself, or your personal sex problems!

Many folks here refer to their guitars as 'she'. But that may be entirely wrong! It may be one, it may be the other, and it may be an admixture of both. So if you refer to your guitar as a [insert gender preference] you could be 100% wrong.

Maple, Ebony and Mahogany are dioecious. That means the tree can be one sex or the other, but not both. I haven't found anything out about IRW or BRW with respect to its sexual...uh...preference. Sue me.

In any case, it appears that your PRS with its maple top, mahogany or maple neck and back, could be either/or, or some combination thereof. not necessarily including the fretboard. If it has an ebony fretboard that part's one or the other, too.

Apparently, there's no way to tell one tree sex from the other by looking at the piece of wood, you have to see the actual tree.

I hope you're appropriately confused. Everyone should be as confused as possible, all the time, because when we think we know stuff, we soon find out we know very little!

"Screw that, Les, I want to choose my guitar's sex by executive fiat."

"OK, then. Check the "I self identify as" box as you see fit. Just know that if your guitar tone isn't happening next time you play, it might be because the wood is protesting the sexual identity you gave the guitar!

"The wood is dead, sir. It's dried in a special room, and the tree is quite dead."

"OK, well maybe it has an eternal soul that's condemning you to damnation, or haunting your guitar because you're mischaracterizing its sex."

"I thought you didn't believe in the supernatural."

Oh boy, we won’t even get into refins!

I refuse to refer to my guitar as a “they.”

I dunno the gender of my guitars, but they get jacked into a lot.

It’s the one time I could use the “it” pronoun and not feel like I’m being mean.

My guitars all identify as Musical! That said, the ones I have named seem to be comfortable with them, and they are both male and female names. Besides, what's wrong with being sexy?

The original PRS guitars are kinda trans in nature anyway.

That could explain the prejudices some people have with them.

I don't know about the sex of my guitars, but I have a stock McCarty that identifies as Elm neck and body with Russian Olive top. I told it that is not possible because I know it was made from Mahogany and Maple. The guitar has sued me, stating it has the right to choose how it identifies.

Birdsofprey said:
Oh boy, we won’t even get into refins!
Click to expand...

All my guitars got together and decided they all identify as "wishing they had a new owner/player".
Little did I know they had formed a union behind my back.
The union leader (Mira) (figures) told me they were going to go on strike unless I get my schlitz together.
I asked Mira what that meant and all she said was "you'll find out".
Now I'm nervous...

My SE245 identifies as the best gift people I’ve never met in person gave me. 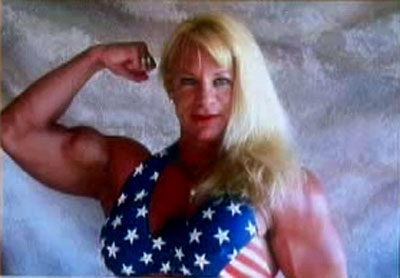 Starla is Rex's wife. She is portrayed by Carmen Brady. In the movie, she appears in a photo, and later, Uncle Rico attempts to sell breast augmentation products to her, and Rex beats him up when he finds him in an awkward position with her.

I’ve always assumed if one is judging a guitar by its wood it must me male. Unless your guitar is named Natalie.

tiboy said:
I’ve always assumed if one is judging a guitar by its wood it must me male.
Click to expand...

Am I supposed to do something here?

sergiodeblanc said:
Am I supposed to do something here?
Click to expand...