Dayem... That is so sweet! I'd like to have one if it wasn't out of my price range! 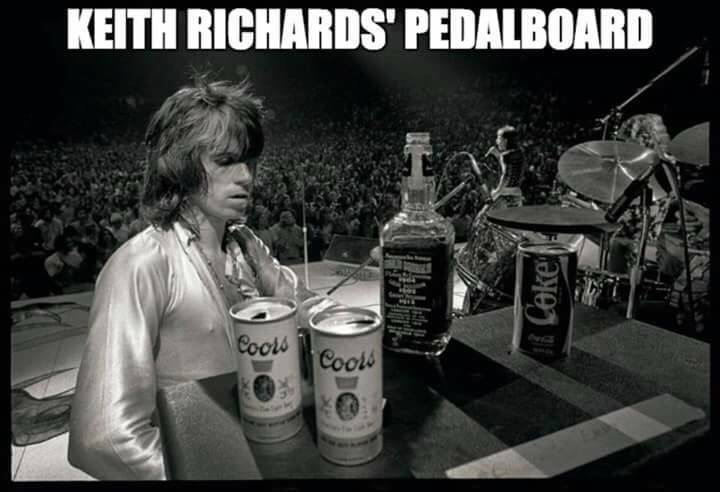 Ha! I had to go back because I didn't see any lines cut on top of that cab. "Coke" was real Coke, not what I was thinking!

bodia said:
Ha! I had to go back because I didn't see any lines cut on top of that cab. "Coke" was real Coke, not what I was thinking!
Click to expand...

I read this post and couldn’t figure out why you were talking about Coca-Cola, and not finding piping inserts near the edges of the cabinet’s top, in the same sentence.

Then I realized what kind of “line” you meant.

I am a dullard.

rider specified an eight of coke and the u.s. promoter got him six 12 oz cans.


bodia said:
Ha! I had to go back because I didn't see any lines cut on top of that cab. "Coke" was real Coke, not what I was thinking!
Click to expand...

LSchefman said:
The board looks great! Glad you feel the same way about the Pettydrive. There are times I just don’t turn it off, like when I use it almost the way folks use a Klon, kind of like a clean boost with just the tiniest bit of hair. Then I set the second channel for a good crunch. My favorite overdrive since...ohhh....1967.
Click to expand...

I love it! The Chime has a great Petty-sounding Vox tone, and the Iron is that big Tweed Stonesy vibe.

For years I would take my small 50s Tweed Deluxe, put a slapback echo pedal in line always on, plug it into an A/B box, and put it on my pedalboard and treat it as an overdrive pedal! Cranked, miced, and when I wanted a big fat guitar sound for a solo, I could bring that in with my main rig and basically I would treat it as a pedal. I would take my guitar cable into the input, and A would be my pedalboard into my main amp, and B would be a cord straight into the Deluxe with the echo on top of the amp. So I could have a straight in tone with the Tweed while still having all my effects and main amp still on. I really looked at it like I was just turning on a pedal. A would always be on, and B could bring the Tweed in and out. But instead of the board going to both amps, it only went to one as I wanted to have a raw tone for the Tweed. I really don't have to do that now with the PettyDrive, lol. I never found a Tweed in a box pedal that worked for me, whereas I have had good luck with Marshall in a box pedals that were satisfactory, but Tweed in a box pedals ended up sounding like fuzzboxes, there was no clarity or definition. It was like a Tweed on 12, not 7 or 8, before it fell apart. Well the Iron accomplishes this quite nicely. It retains that definition while still feeling like a little Tweed combo. I never used it to get a stereo vibe, I only brought the Tweed in for solos mostly. Basically again, treating it like an overdrive. I just magically thought of it one day and wrote it out and starting doing it. Most use A/B boxes for stereo or to switch back and forth between amps. For me it was just about getting a great solo tone and then turn off the B side when I was done. It's an expensive overdrive pedal.

I haven't taken any pics yet but I built a pedal board during the holidaze. I have 7 pedals:

I bought everything used mint instead of new except for the patch cables which were new but 30% off.

Kind of like buying fishing lures, each one doesn't cost much but before you know it you've spent a small fortune
Last edited: Jan 13, 2019 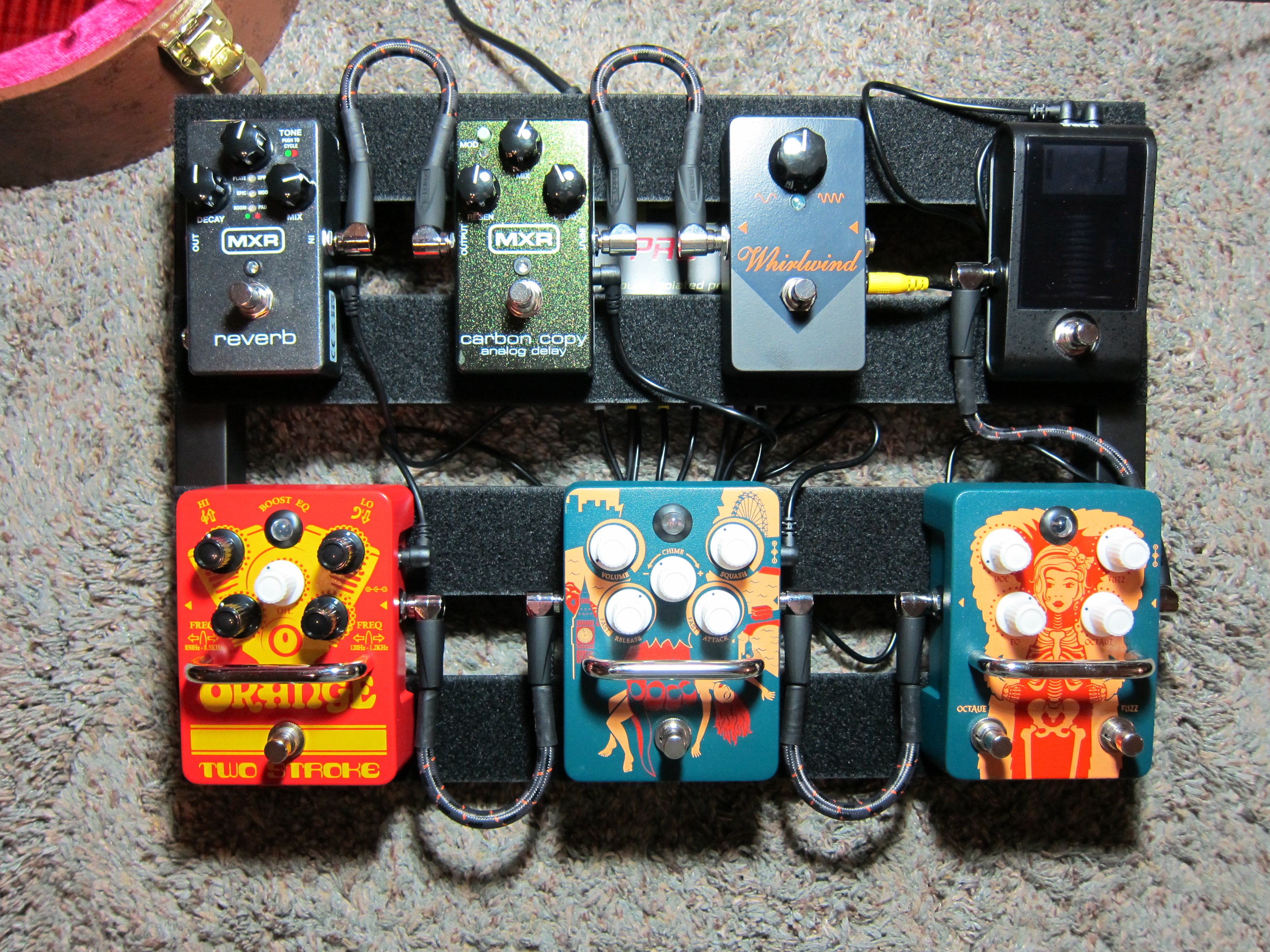 Pretty basic but they're all quiet and do their job well. The 3 Orange pedals are on 12v, the rest are running on 9v. I thought about a DIY board but it was the holidaze and I was too busy shopping for pedals. Got a good deal on the Classic Jr and it worked out well

Bonamassa wah, Doublerated special, MXR Chorus, Boss tuner, Ditto looper. That's everything I need. I have 100 plus pedals, but when it comes to actually playing at stage volume with other instrument I don't hear a lot of difference in pedals and the Doublerated specials ability to switch from a no gain TS sound to a dirty TS sound in the same enclosure makes it my favorite.
P you guys must sound like god himself with all this hardware. i have one pedal. 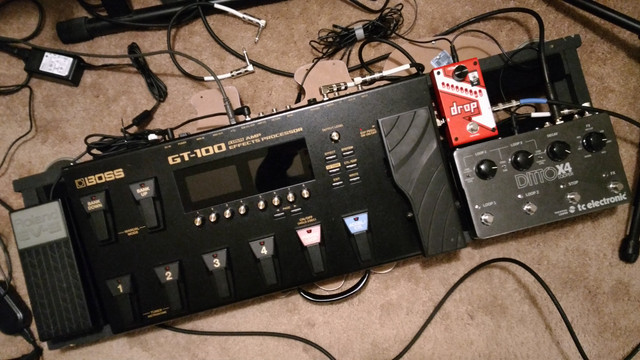 Not sure if this is cross-posted in another thread or didn't post the first time. This board now also has (swapped in) a Klon KTR and a J. Rockett "The Dude".

Tone Matters. Use It Wisely.

Recently picked up a TC Mimiq to help with full time stereo tones. I had to make a few cables that are around 24" with one straight plug and one 90 degree plug. So, here we are now: 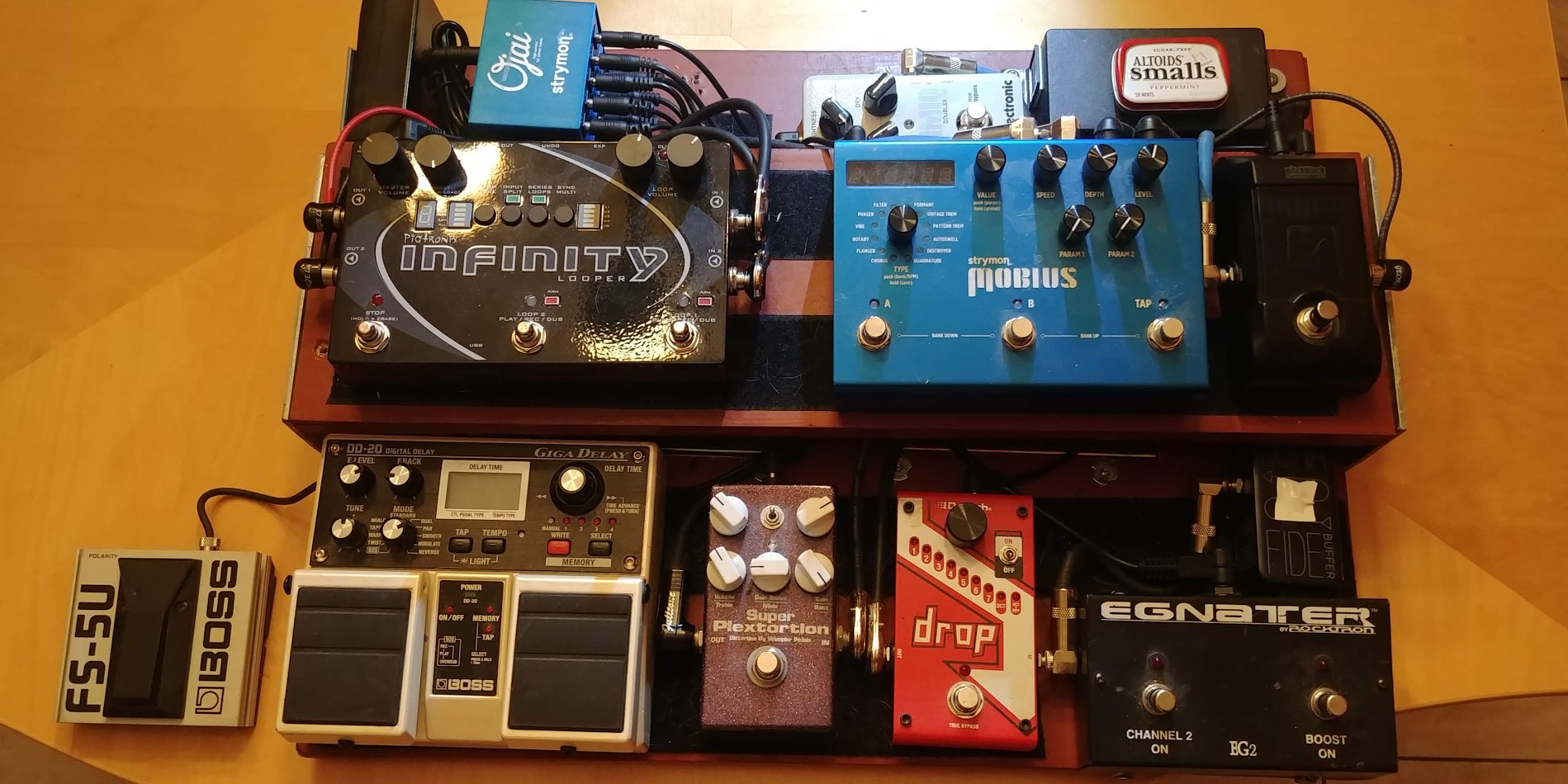