What's your favorite PRS to play.

So simple its difficult. Which of your PRSi is the one that gets the most play time?

Mine is my 30th Anniversary SE CU24. This one has been upfitted with SE Locking tuners, 85/15s Pups, Mann Made Tremelo Bridge and custom wiring harness. It was my first, and I always seem to gravitate back to it whenever I find time to play. Don't get me wrong, I love ALL my PRSi, but this one is my favorite. 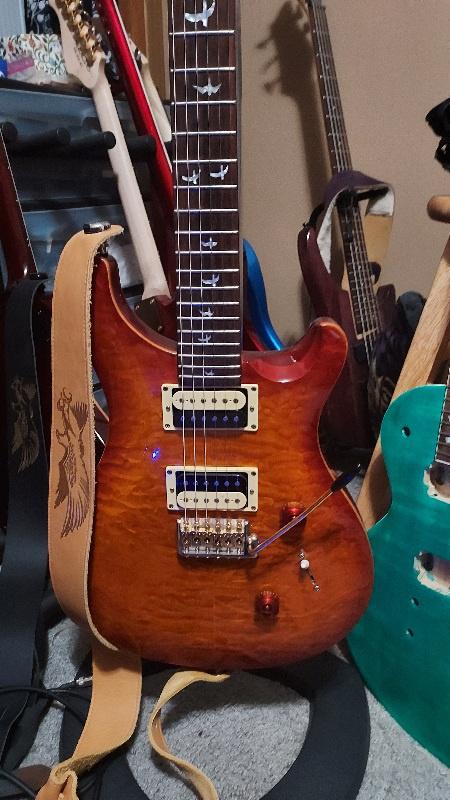 I have a rather purdy & heavily flamed DGT in faded blue jean that's a monster.

Right now, the NF3 is getting a lot of time. I think I’d like to get a second one, maybe with the maple neck, to compare. It’s a sweet playing guitar. The other PRSs aren’t left out in the cold, but I’ve been enjoying getting reacquainted with the newest addition.
G

Not a new member

My simple black Mccarty Korina P90. Simply an amazing guitar. Has something special. Have other PRSi, but this is hands down my best guitar
Last edited: Nov 7, 2022

As I’m sure you know completely different beasts, but both killer platforms none the less. CU-24 has and always be my fav PRS and guitar!
M

I really like my S2 McCarty 594 Thinline. Sounds great and is easy to play.

I've developed a real strong bond with my Special semi , the huge tonal range and the sparkle of that maple neck just captivate me.

Greywolf said:
I've developed a real strong bond with my Special semi , the huge tonal range and the sparkle of that maple neck just captivate me.
Click to expand...

I'm enjoying mine a lot, too. It has a mahogany neck, but an ebony fretboard, so it does something different in the sparkle department from my other electrics, but the combination of that semi-hollow resonance, the electronic switching choices, and the light weight, turns out to be a pretty sweet thing.

I only own one PRS, a 2018 Limited Semi-Hollow SC594 10-top in River Blue - it’s my favorite PRS , really my favorite guitar. It’s art and it’s plays and sounds wonderful. It’s my avatar.

I tend to be more of a variety guy - I have three Fenders - two strats and a tele, two Martins, a Gibson Les Paul Traditional, a 1989 Charvel, an OLP 6/12 double neck, a Traveller EG-2 to throw on a plane.

Buuut - I want a core Silver Sky in Dodgem Blue with a rosewood board, so I’ll have two PRSi soon.

Every time my income grows, I go looking, but the ME-I has gone up in price by the same amount
Last edited: Nov 7, 2022

McCarty. I have 3. They all sound slightly different but equally great. My favorite is Tortoise, but it's a bit heavy so only sees action on short gigs. My Vintage Yellow is my most often played and my Black Sunburst is the one I play when I gig out of town.

I wouldn't say I have a 'favourite' as it really does depend on mood, vibe and/or situation. My 'favourite' happens to be whatever guitar I have that 'works' for me at that moment.

That being said, I do find myself playing my Special Semi-Hollow - especially if/when I don't have any specific tone, tune etc in mind. It is quite lightweight and extremely versatile so it suits many moods, vibes and situations - even as they change during a session. Its also reasonably loud enough to just play acoustically in my 'quiet' apartment so it suits a wide range of moods, vibes and situations. 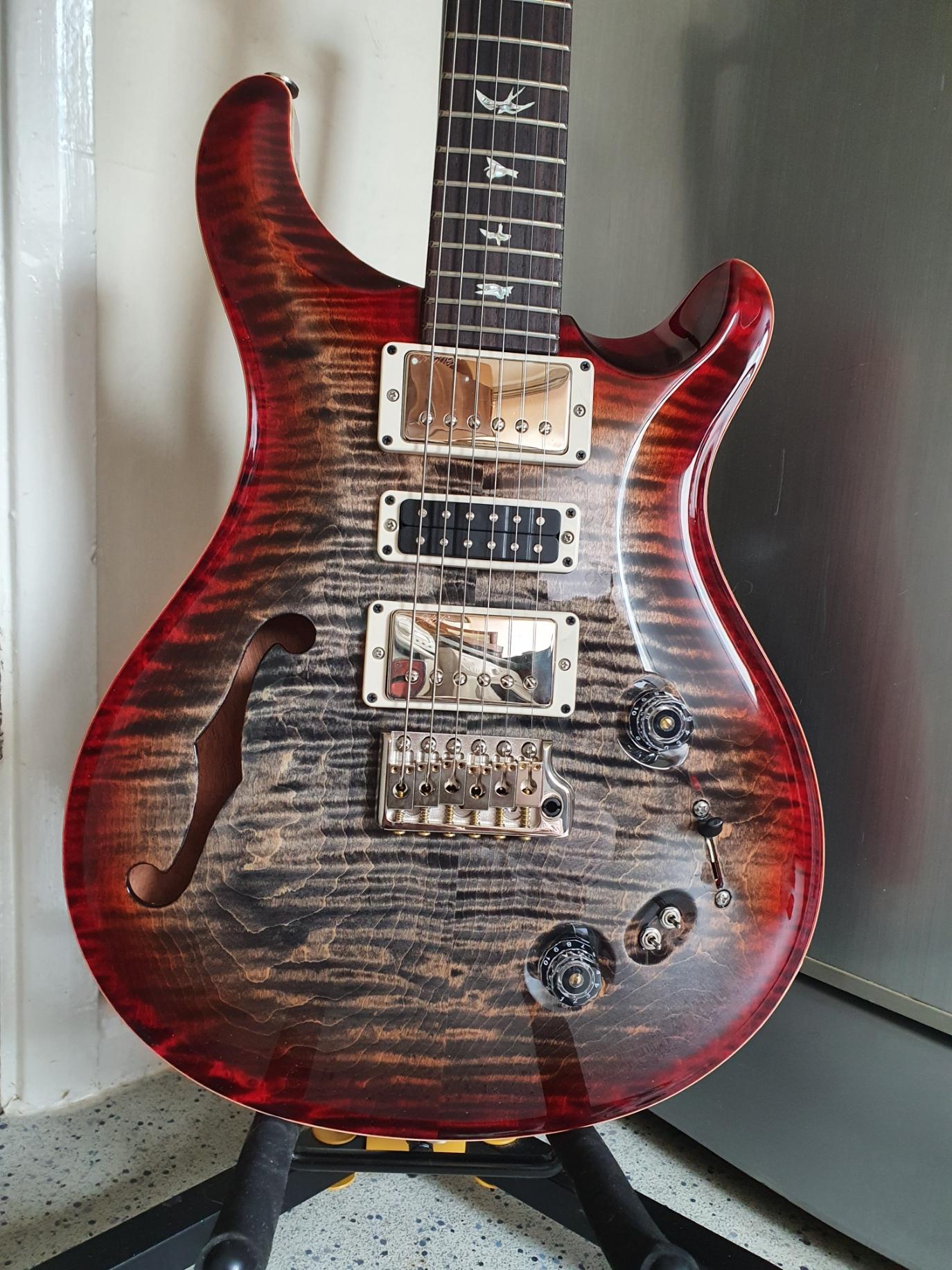 As I said, I don't really have a favourite as it really does depend on my mood and/or situation but I do find myself picking this up more often than not as its lightweight and versatile. Also plays incredibly and sounds amazing too - but that's no different from my other PRS guitars...

It's a tossup between my S2 Mira SH
and my S2 35th anniversary.