What "beater" do you pick up?

What guitar do you find yourself picking up the most when you just want to run through a song or work out a part of something?

Sitting here in the shop going over the setlist for Saturday, I realized, that I have worked out more songs on this cheap little guitar than anything else that I own. Out of my Acoustics, my Washburn has an incredibly Rich big sound. But it is a full jumbo so it is a bit cumbersome to just snatch up and play spur of the moment. My PRS is my best overall playability, feel, and sound of my acoustics, but, that one typically stays at home, comes to rehearsal, or gets played out. My Takamine was purchased way back in around 2001. It has never had a set up since then. Action is really high so it makes it difficult to play even though it sounds good especially plugged in. All in all, this little Ovation (Applause at that) that I paid almost nothing for off of Craigslist, has seen a whole lot of miles. And taught me a whole lot about playing.

It is not a PRS. But I do find myself playing it an awful lot.

I learn most songs on my Telecaster.

Honestly, my MEV is out all the the time, inches from my studio desk, always plugged into my Helix Rack ready to go.

For me, it all depends on the tuning.

If I want to learn something, I use a good guitar. Seriously, it makes everything easier.

I do my practicing on whatever guitar I’m going to be using for the next gig or open mike. They all feel a little different to me, and I want to be familiar enough with the guitar so that I don’t have to think when I play.

If I want to learn something, I use a good guitar. Seriously, it makes everything easier.
Click to expand...

"Beater" doesn't always mean "difficult to play" or "sounds like crap". It is just the one that you keep out getting dinged up, grab it and go places that you wouldn't take your higher end fiddles, will allow to just lay around in less that idea situations....etc. Can't see it being "easier" to work something out on your best stuff. (So long as what you are working out on does the trick).

McCarty Spruces, Taylor T5 or T5z, or Martin HD28 are always out. The 594 HB is also nearby. I live in a wonderful world of beaters. 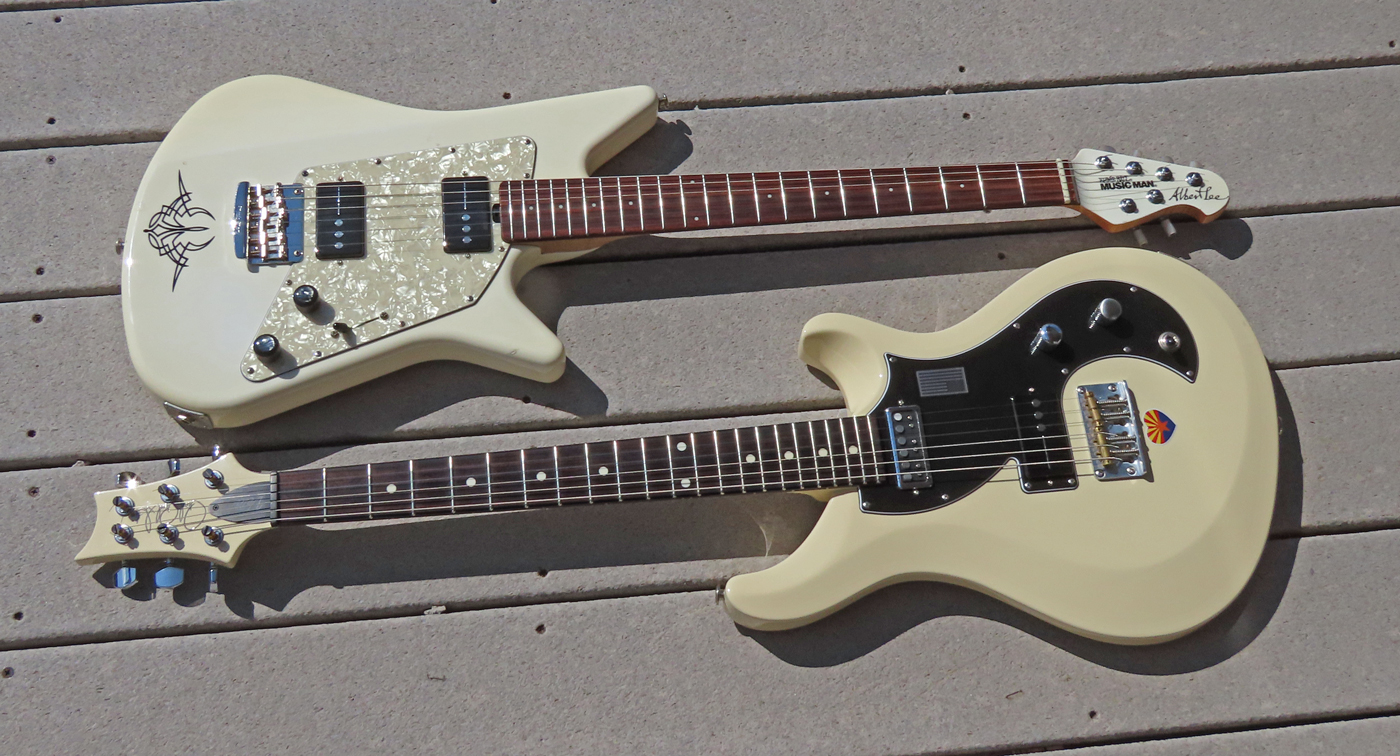 Which ever one is out at that time.

I used to be an in the case guy, but now I keep a few out on wall hangers. . My Knaggs, Silver Sky, and SC250 all share the love. My MCarty is only cased until I figure out where to hang it. So I guess they are all beaters.

I'm usually in the reach for whatever is closest category, but I will use something nice and more specific to work out a song. If I am just noodling, then whatever is around works.

veinbuster said:
If I want to learn something, I use a good guitar. Seriously, it makes everything easier.
Click to expand...

I second that emotion. I write pieces when I'm inspired by good tone.

Then after I finish the project, I promptly forget them. But the tone is the thing.

Although I do have beaters, I rarely reach for them as they are cased just like my good guitars. I usually pull out my beaters when nostalgic thoughts possess me or guilt (Oh my, I haven't played that one all year, poor thing). For general noodling, I am reaching for my McCarty 594 HBII. It is light, don't have to plug it in to get some descent sound on what I am trying to play, and action to die for (like all my PRSi)! Some stuff says "I am an acoustic guitar song", and when that happens, I reach for my Martin J-40 (not quite a beater but I do beat up on it from time to time). What I really need and am searching for is an acoustic that I can play for hours similar to how I can play my PRS electrics. With my J-40 or my other acoustics, I can't last more than 60-90 minutes before I have to switch to an electric. If I don't switch, then I am unlikely to want to play the next day because fingers will be too sore. With my electrics, I have had several days over the past three months or so where I have played for 5-6 hours over the course of the day, and am able to pick up again the next day with similar time stretches if I have the time and feel fine.

But my favorite beater (which I call my beach guitar) is my "Carlos" (that is the brand name). It is an acoustic that was made in Korea. I have no idea of year, what kind of wood, etc. What I do know is, I paid $20 for it in 2006, hardshell Martin green case included (which I believe is worth more than the guitar). And it has better action than either of my Martins (J-40 from 2019 and D12-20 from 1971). And believe me, I know how to adjust action on my axes and I have never once in 15 years had to do a thing to "Carlos". A friend played it for the first time a couple of weeks ago and was like "Holy sh!t, that is some sweet action". Now tone wise, it sounds a little better than a tin can with strings, but it befuddles me that a guitar of this low grade can have action like that when my acoustics that cost thousands don't have similar or better action. Great to have it though, so when I want to go somewhere, I don't have to worry about anything that happens to it!

I played some Ovations in the 80's and 90's that friends owned, and to this day, they were the easiest play acoustics I have ever strummed, but I never cared for their tone a whole lot. They sound better than my Carlos, but still not my cup of tea. Still searching for that elusive acoustic. Hopefully I will get a chance to try some PRSi acoustics later this year when I travel to some locations that have some available for me to strum. Until then, HBII is my go to!!! And loving every minute with that beauty!!! Now once I start pumpin' out some Funk again (soon), both my CU24's will get to shine and I will be grabbing them even though a couple pounds heavier than my HBII.

Looking at your desk, are you sure you’re not a dentist?!

Love my SE245 for watching TV practice. I have a semi-hollow (non PRS) that is great because there’s enough sound acoustically to hear but not to p!ss anyone else off.