What are you listening to right now?

New single from Nita Strauss with Alissa White-Gluz on vox

I appreciate how this song has become such a mainstay in his playing at the Saxon at least the last few times I have seen him. Would love to catch him playing this with Malford sitting in one day

Traveling with my daughter, she popped in one of my wife’s CDs. First song was quiet, but sounded familiar. As it finished it clicked: hey, that’s me.
Last edited: Oct 30, 2022

One of the great voices in rock.....new tune from Joe Lynn Turner

I was lucky to meet Heather a few years back at a show , I was delivering an instrument to a band and she'd just dropped in. Total sweetheart , very humble and boy can she play and sing . I told her I'd be happy to build her an instrument some day , then she pulled out her McCarty , I complimented her choice and told her she already had a superior instrument .
Last edited: Nov 2, 2022

I've been on a Clapton trip this week. Have barely listened to his music in the last 4 or 5 year. It's good to recall what I've been missing. Currently listening to this CD.

Another song from Michael Romeo's new CD with Dino Jelusick on vox. Check it out @11top 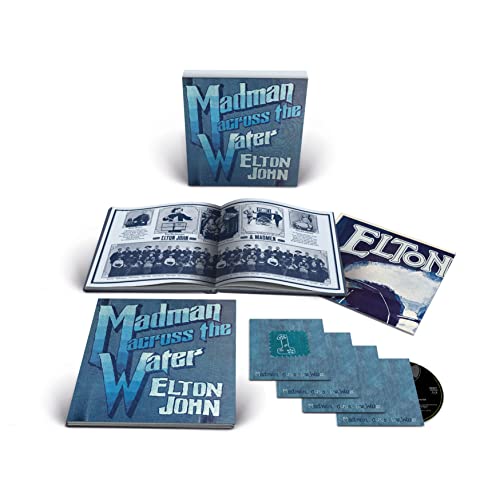 Working through this box set in the hopes of being able to start on the Kiss "Creatures Of The Night" box set when it arrives (FYI - the Kiss set had a huge price drop on Amazon).

I've already listened to the Blu-Ray disc and watched the Old Grey Whistle Test footage. There was an issue w/the original Blu-Ray disc (wrong version of "Madman" on it), but they sent a replacement. The sound on this thing is wonderful, and the book has a ton of info on it.

The set includes the original version of "Madman" with Mick Ronson on guitar and no orchestration. At first, it was a bit of a jarring listen (I'd heard it before from the Rare Masters set), but after playing it a few times, it's a really good alternate listen. It's not going to replace the more familiar version for me, but I really like it.

stumbled on this today , Rising Appalachia is one of my favorite groups , and Leah and Chloe are in this as well . No guitars ..just beautiful music and feel, filmed in the Blue Ridge Mtns.