What are you listening to right now?

Okay don't judge me...it's Tyler Larsons fault! So...being the open minded music dork that I am, I listened and I kinda dig it...that or I'm just mesmerized by Megan Fox' beauty? Uh...what was I talking about? Oh yeah Pistol Pete or whatever his name is.


Is it tomorrow or just the end of time?

bodia said:
I certainly do remember where I was at. I called in sick that morning because I was beat. I had been to see a certain someone at Alpine Valley the night before and was too bushed to go to work. My boss called me at home to ask if I called in because SRV had died. That was how I found out that my hero, who I had just seen less than 12 hours earlier, was dead.


I clipped pics, and articles for the next couple of months, and then made this. 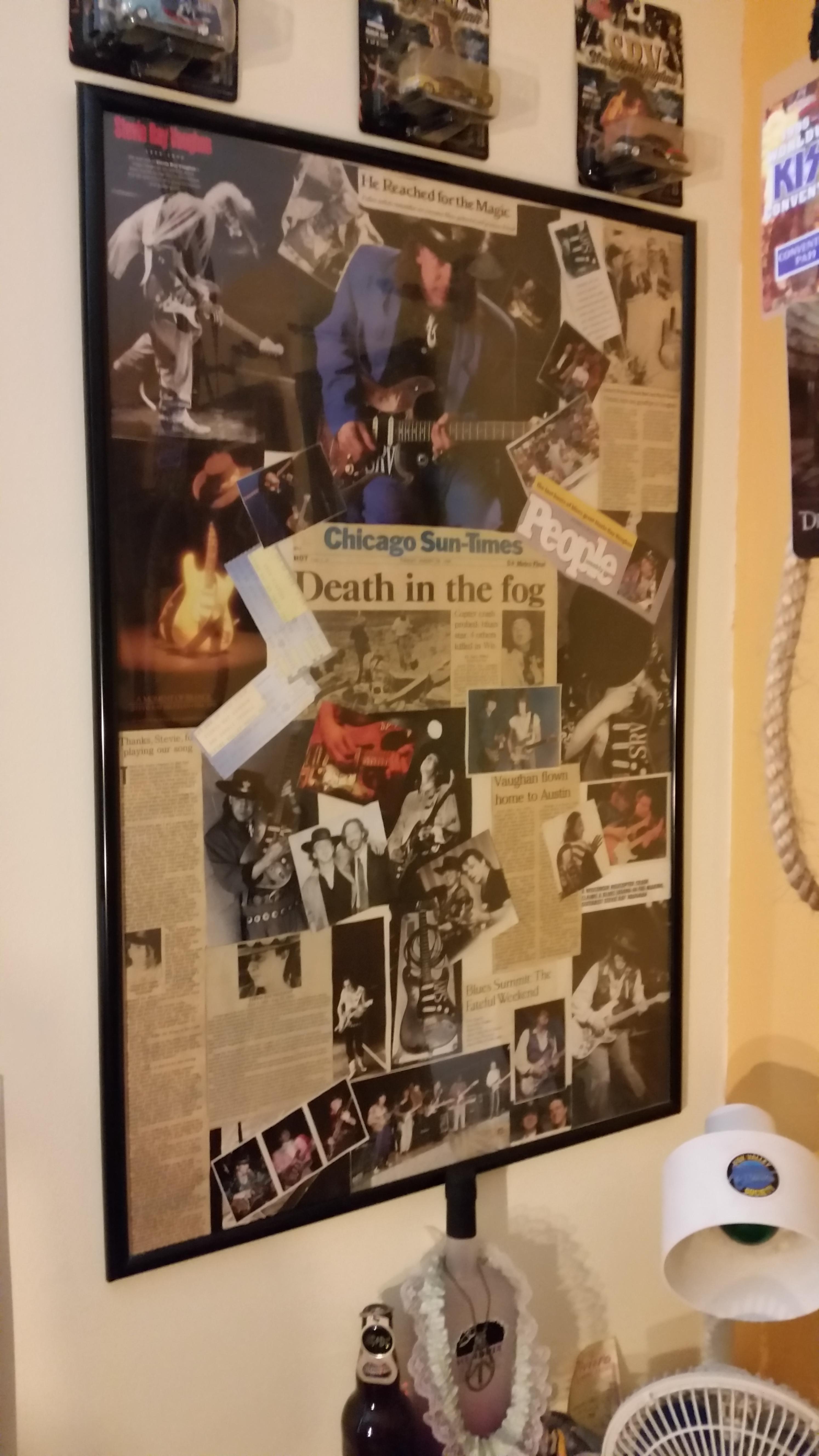 Rammstein has a couple of new ones out:

Way, waaaay back when I was maybe 5 or 6 my uncle (the cool one, that turned me onto music) got a P.Bass for Christmas. I remember this song and being amazed with his playing. Later I understood just how easy it was for him to learn to play a song dead on, just by listening to it 2 or 3 times. Now, I REALLY appreciate how hard that is for us mere mortals. The dude had a tested I.Q. of like 175, so most things came easy to him. However, he never really applied that big brain to anything but music. He was a perpetually bored soul and eventually drugs (he claimed helped with boredom) were his downfall and ultimately took his life. Stumbled across this jewel and it took me back. This one's for you uncle Jimmy.

RESENTMENT - A Day To Remember

Jeff Scott Soto is releasing a Duets album in October. This one is with Dino Jelusick. A couple of fantastic voices.

Some throw back...IMHO one of the most underrated bands of the 90's.

And the Volbeat song brought this one to mind...

Space is the place

Every once in a while, I feel the need to binge on Matt Elliott's guitar work. Today is such a day.

Fits the mood today...really the only "Metal" band I got into after the 80s. This one still seems to hold up. To me anyway. The intro is sooo mean!! This was always my go to when I was a gym rat.