Those of you with a Vela

Mat-chow said:
Have you tried postimage.org? That has been my go to.
Click to expand...

rbert0005 said:
I have, same deal.
There has to be something going on with my computer.

Weird! What browser are you using?
Did you create an account?

I am using Safari. I have been using Imijur for quite some time and one day poof, no more.
So I tried post image same results.
I choose a pic to add to my library and that’s it, gone. It will not load.

If so, you should be able to click on the icon on the far right for "Hot link for forums", and the paste it into the message window here.

There is no reaction at all. It’s like I did nothing

Hmmm... maybe popups are blocked in the browser?

Mat-chow said:
Have you tried postimage.org? That has been my go to.
Click to expand... 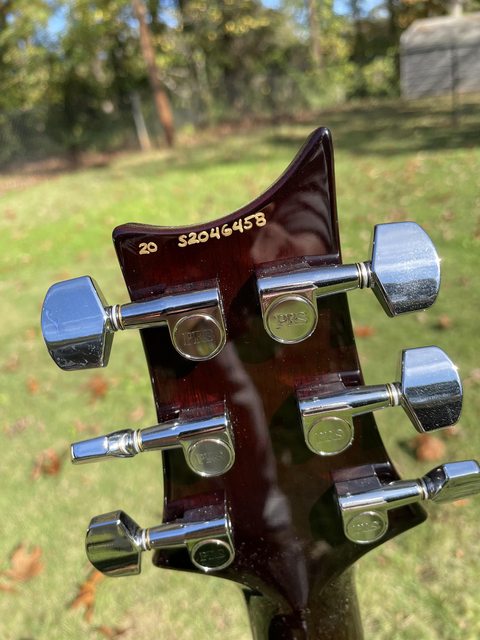 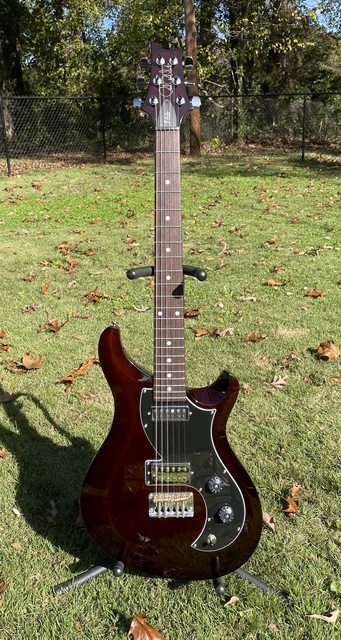 Some degree of success.
What does the 20 mean?

Some degree of success.
What does the 20 mean?

Makes sense to me, duh

Mine is great, I love it, it’s very light, superbly balanced, resonant, easy to play, sounds huge. I’ve only made two mods, replaced the toggle with a switchcraft and bridge pickup with a SD Sat Night Special. Mine is a ‘16 with birds, champagne gold.
H

Grapeshot said:
Mine is great, I love it, it’s very light, superbly balanced, resonant, easy to play, sounds huge. I’ve only made two mods, replaced the toggle with a switchcraft and bridge pickup with a SD Sat Night Special. Mine is a ‘16 with birds, champagne gold.
Click to expand...

How do you like the Saturday Night special?
D

Sorry I'm late to the party. I have a Vela that I bought as an impulse buy, and it has turned out to be an absolutely fantastic guitar.

It has a punchy attack that I generally hear from a bolt-on neck guitar. I attribute this to the plate bridge. The Vela covers a lot of sonic territory, and I ended up liking it so much I eventually sold my American Deluxe Tele. The D-style neck pickup is REALLY good and I love the tone I can get from it. The Starla bridge pickup is good. I get a little "ice picky" tones from it, and it needs to be dialed back a bit on the presence control of my amp (everybody's ears are different, your mileage may vary). So, I give the neck single coil pickup a resounding "Thumbs Up" and the Starla pickup a "Good to go".

I have three other core models: an AP HBII, a 594 DC 10-top and an AP 24-08. I've got them all dialed-in on the setup where I like them. They ALL play amazingly well. However, the Vela has a little extra smoothness and feel for me than the other guitars EXCEPT for the 594. My 594 is exceptional. In terms of feel and playability the Vela is my second favorite. It plays and feels and responds like a PRS core.

Finally, the Vela is simply cool. Some people have really negative reactions to PRS core models (they're too pretty, they're furniture, only old Doctors and Lawyers play them, etc.). Right or wrong, there's a perception of pretension about PRS core models. The Vela doesn't "suffer" from any of this. When people see it, they just ask, 'What's that?'. When you tell them it's a PRS they're either confused or surprised. The offset body style, the single-coil neck pickup, the non-flashy wood choices make it a "workman" like guitar with a vibe that is very non-PRS. There's a style and a sense I get when I play my Vela I don't get from any other of my PRS, AND I still feel the same quality, the same perfect fret work, the same spot-on intonation, the same comfortable neck I get from my core models.

The Vela is really its own thing in the PRS line. Part of me wishes they would do a carved, maple top core version of the Vela. But, most of me is happy the Vela is an S2 only option with the bevel cut and less flashy specs. It keeps it "flying under the radar" and let's it be what it is. A core version of Vela would probably raise all sorts of complaints.

There's a lot of words on this post, but the bottom line is that the Vela is an amazing guitar and unique in the PRS line up. Everyone should play one, and most everyone should own one.

That pretty much sums it up.
I am still learning what tones I can get with it.

Found the “ Reclaimed Wood “ model and hopefully it will arrive this week!!!!!!

I've been a proponent of the Vela since they first came out. It's really great to see how strong they are catching on and how much love they've been getting the last year or so.
I still say the Vela is the most unique guitar the PRS produces....

Finally, and she is MORE. than I wished!! What a WONDERFUL and yes “ rambunctious” guitar she is!!!!!!! 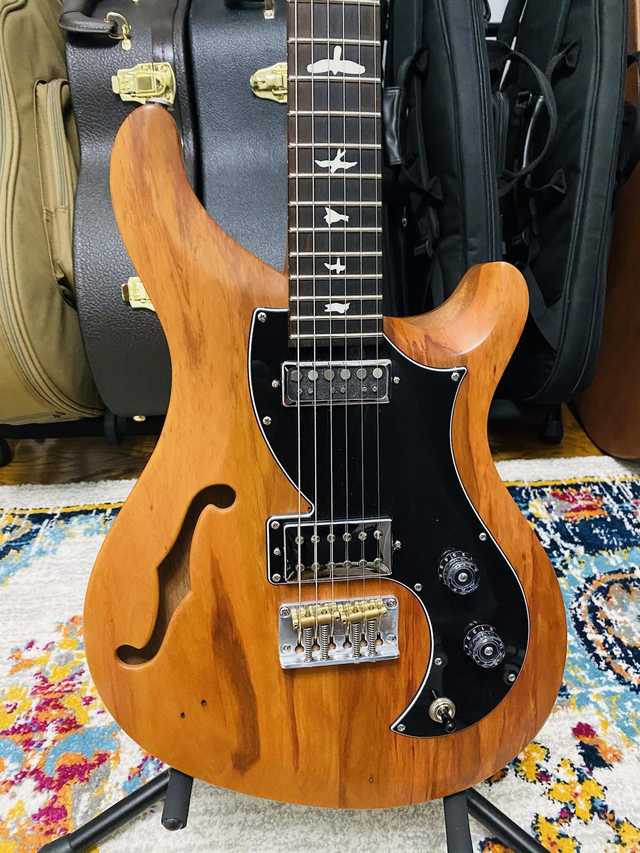