The most beautiful blue colorway

Looking for some inspiration for a potential order. What's your favourite blue-ish colorway, especially on a nice quilted top? Doesn't need to be strictly blue, doesn't need to be of a specific shade (though was considering darker blue into light burst).

Natural wood back or maybe a bit of translucent white?

I dig the Makena Blue Burst

As one of the resident blue insaniacs, that’s like asking who the most beautiful woman is, or most handsome man. I have 10 blue PRS, and each one is breathtaking.
B

The title is a bit clickbaity, apologies. Just trying to cast a broad net to see what people really like

I like river blue and northern lights a lot, but feel they are better suited to flame than quilt.

I also like these on quilt:
I call this blue grass, but it’s official designation was grass stained blue jean

And a precursor to the bahama mamas, Bahamian Blue 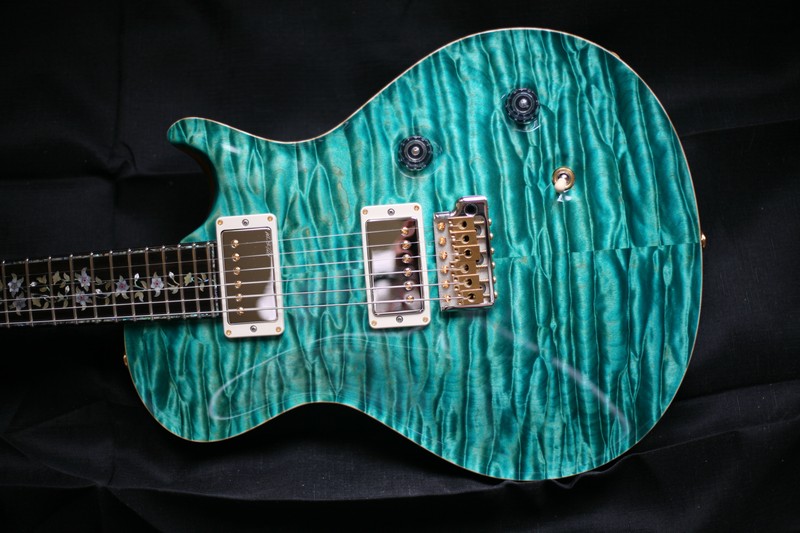 Glacier Blue was a pretty alright color if the top was fairly pale to begin with. Whitewashed/white backs are amazing.

Exactly!!! Or There was a killer variant of this on a P.S. Custom 22 many years ago, Glacier Blue Smokeburst 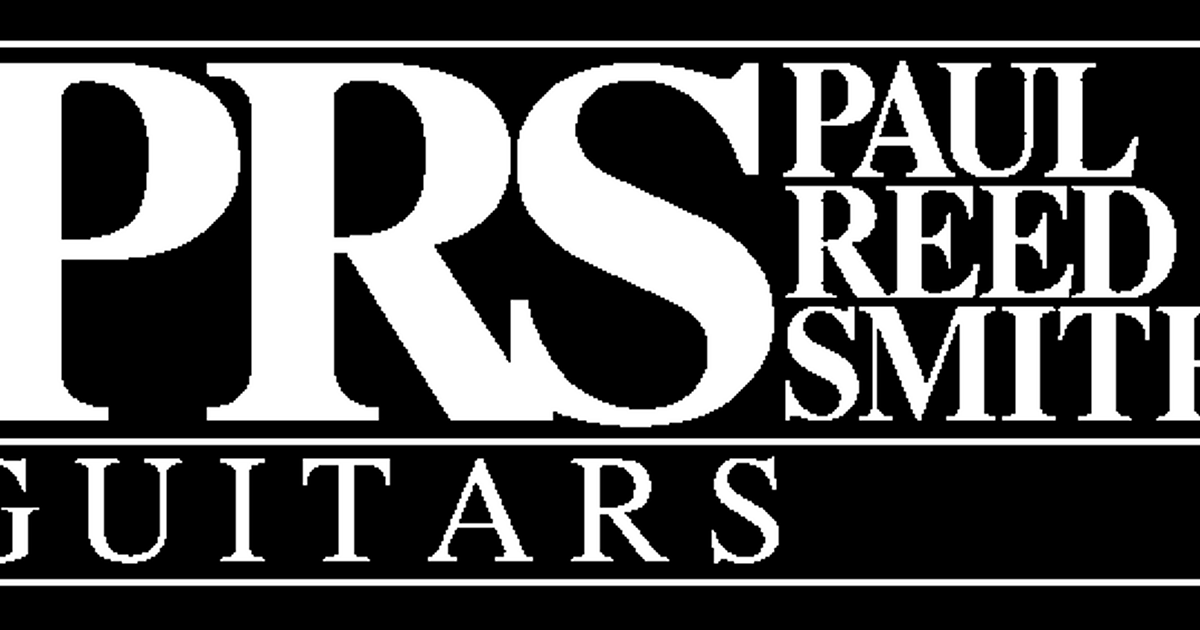 Coral Sky Music said:
Exactly!!! Or There was a killer variant of this on a P.S. Custom 22 many years ago, Glacier Blue Smokeburst

Coral Sky Music said:
Exactly!!! Or There was a killer variant of this on a P.S. Custom 22 many years ago, Glacier Blue Smokeburst 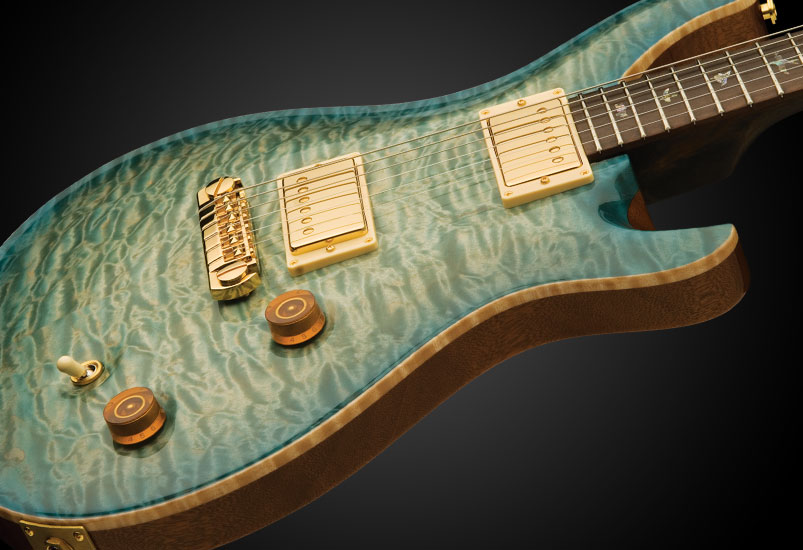 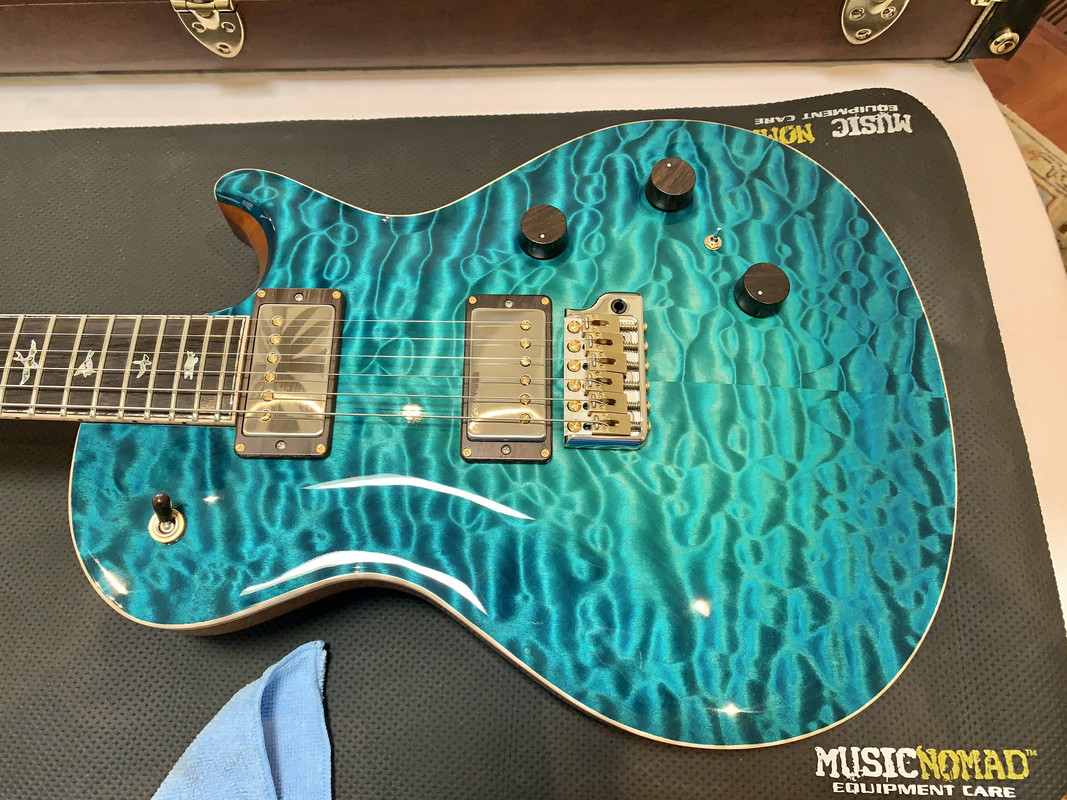 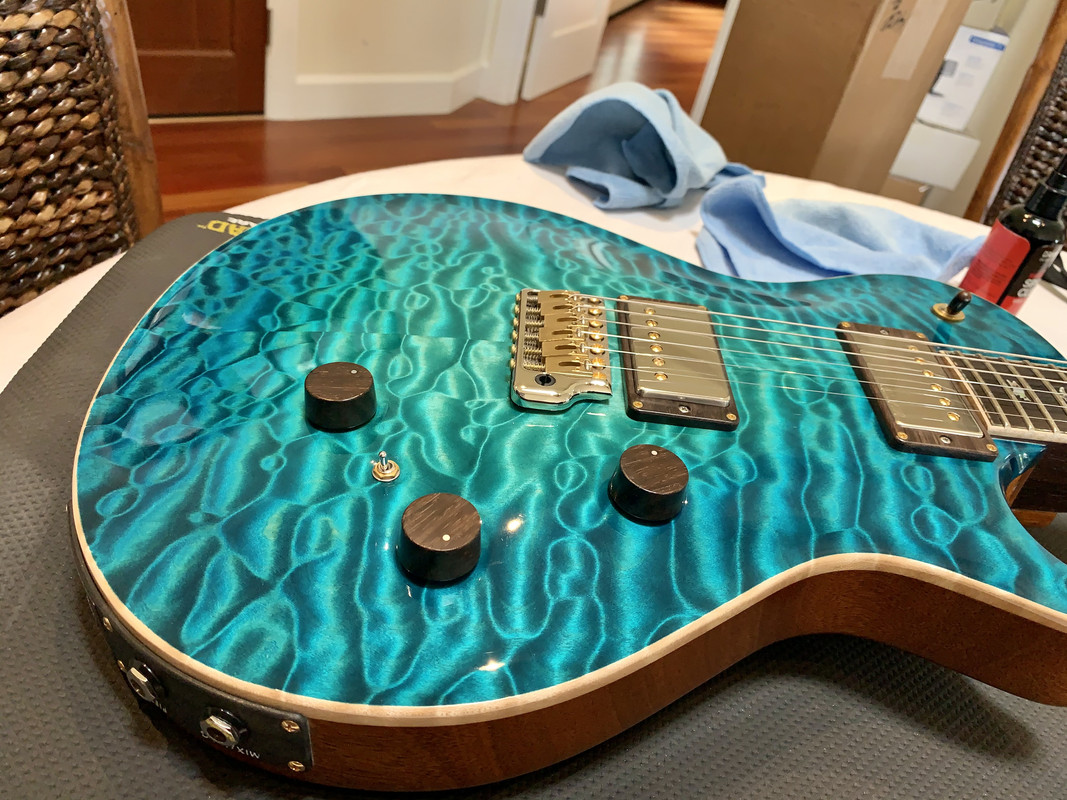 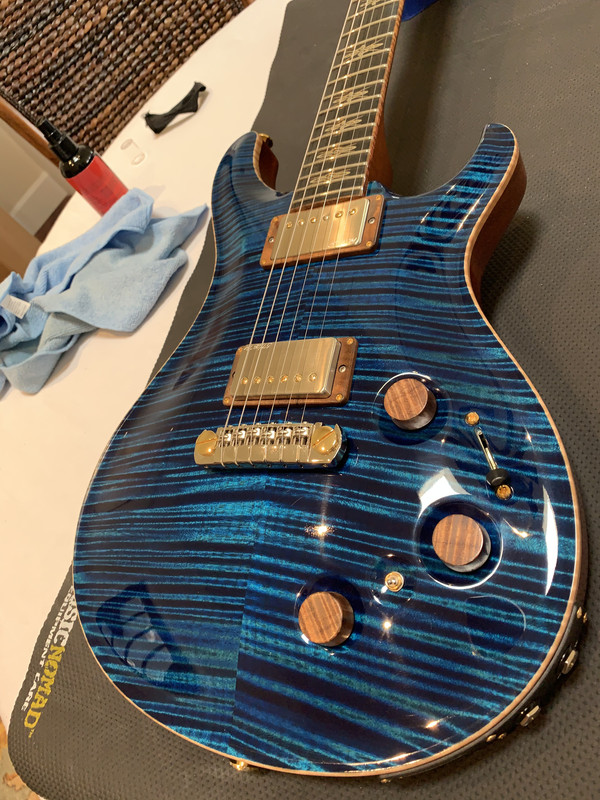 A few years ago I wanted a CU24-08. I ended up ordering an artist package solely so I could get it in Makena Blue, so that's my vote. But Northern Lights & Aquamarine are also fantastic.
Last edited: May 19, 2022

I have two mostly blue guitars I like, though my comfort zone is more in the Amber range. Here they are. The first finish is called Northern lights, the back is an amber shade. 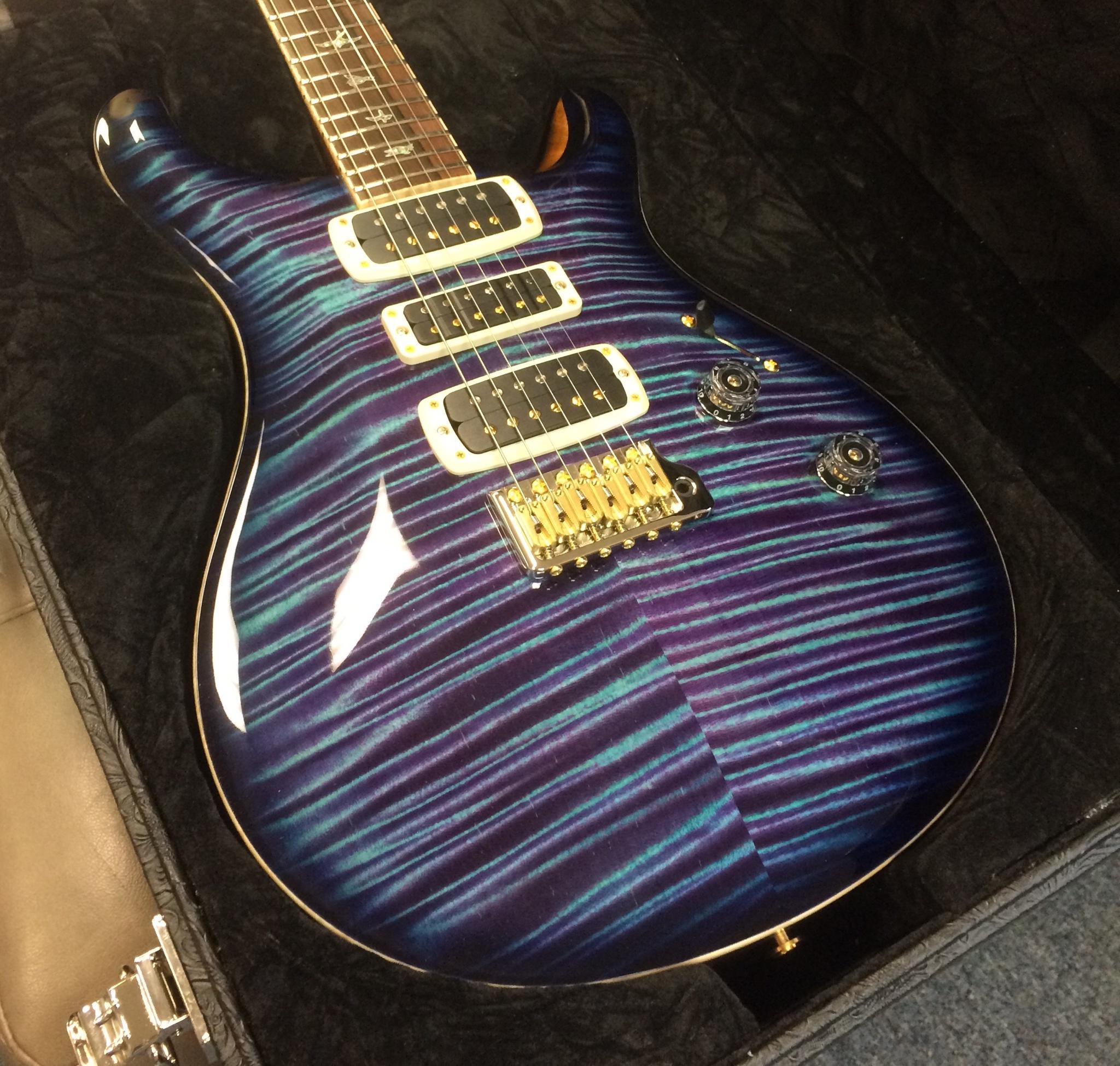 The second also has some violet; it’s called Aquableux Purple Smokeburst (or maybe it’s Violet Snokeburst, I can’t remember); the back is a solid dark blue to match the top:

Again, I make no claim to being knowledgeable Re: all PRS shades of blue. The chances of me special-ordering a blue guitar are low, though I did order the first one because the other color it came in was orange. Not that I don't like orange guitars, but...

Basically I went with blue to make Sergio nauseous. And because they had feature i wanted. Such as making Serg throw up.

I'd like to make a speech about blue guitars. Here goes:

That doesn't mean they're a bad thing. Where would we be without the blue-painted airplanes the Navy used in the Battle of Midway? We'd be nowhere.

So it's in honor of Midway, and my father's participation in the Pacific War, disarming mines on the beaches, that I bought blue guitars.

OK, that's a lie. I bought them because they had features I wanted, and I don't hate blue. But who cares about my motivation, anyway?

But my father really did disarm mines on the beaches of Kwajelein, and he has been missed since 1986. I should name all blue guitars after him, but I haven't. Because to me with the purple, they look more like Goth girls.

Not that there's anything wrong with goth girls. They're just a little too young for me.

Not mine, but this makes my knees go wobbly! 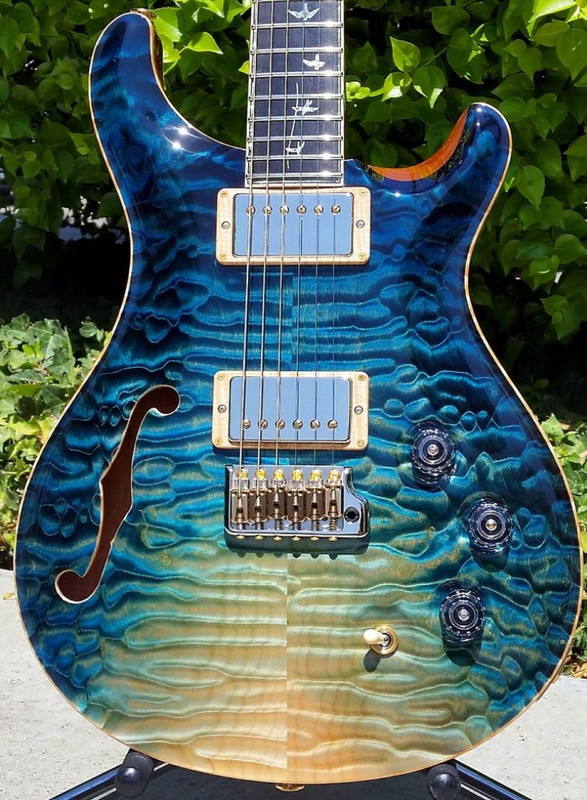 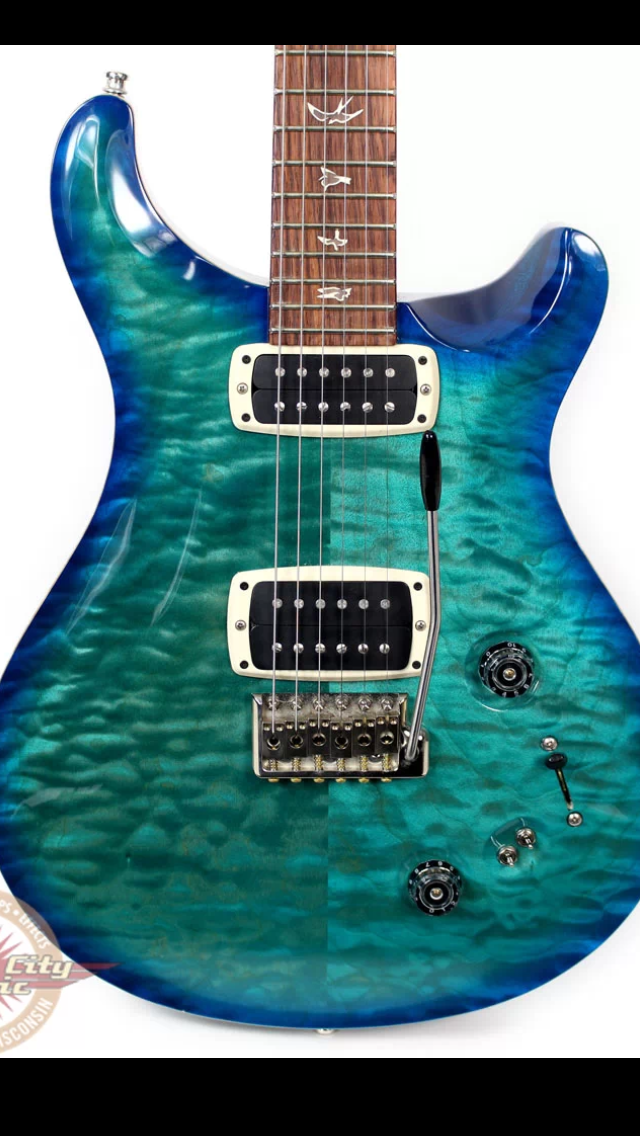 Blue Matteo is my favorite 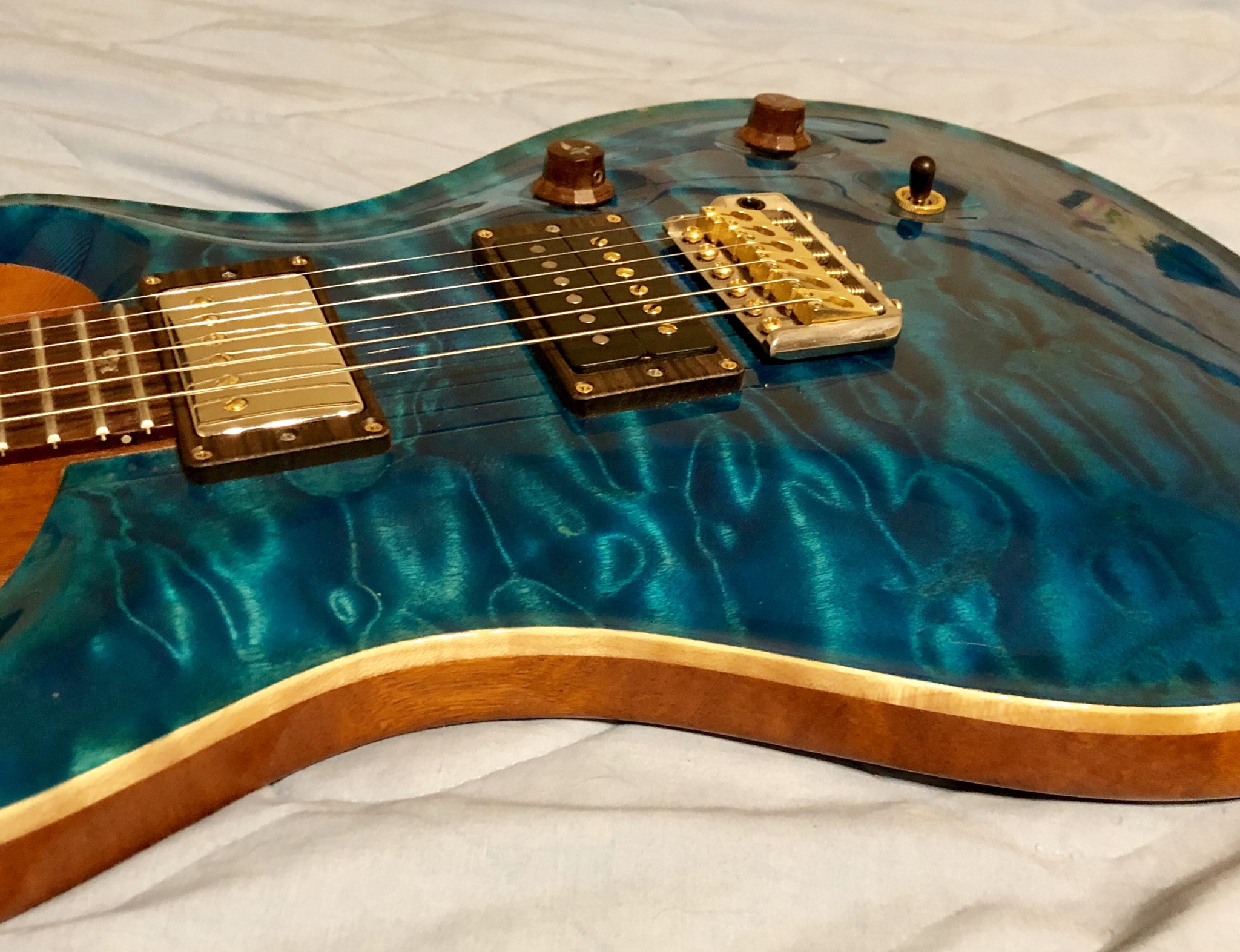 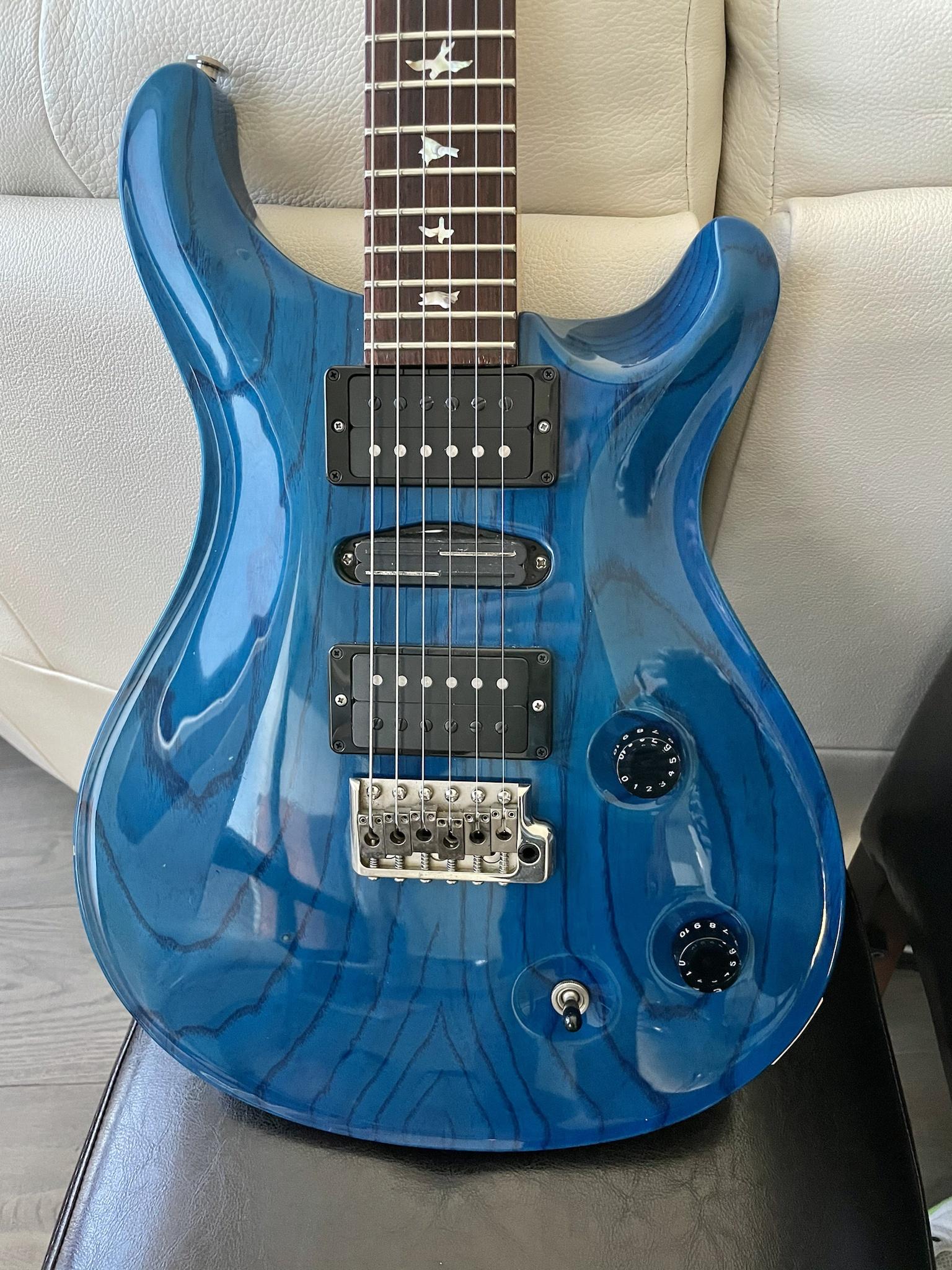 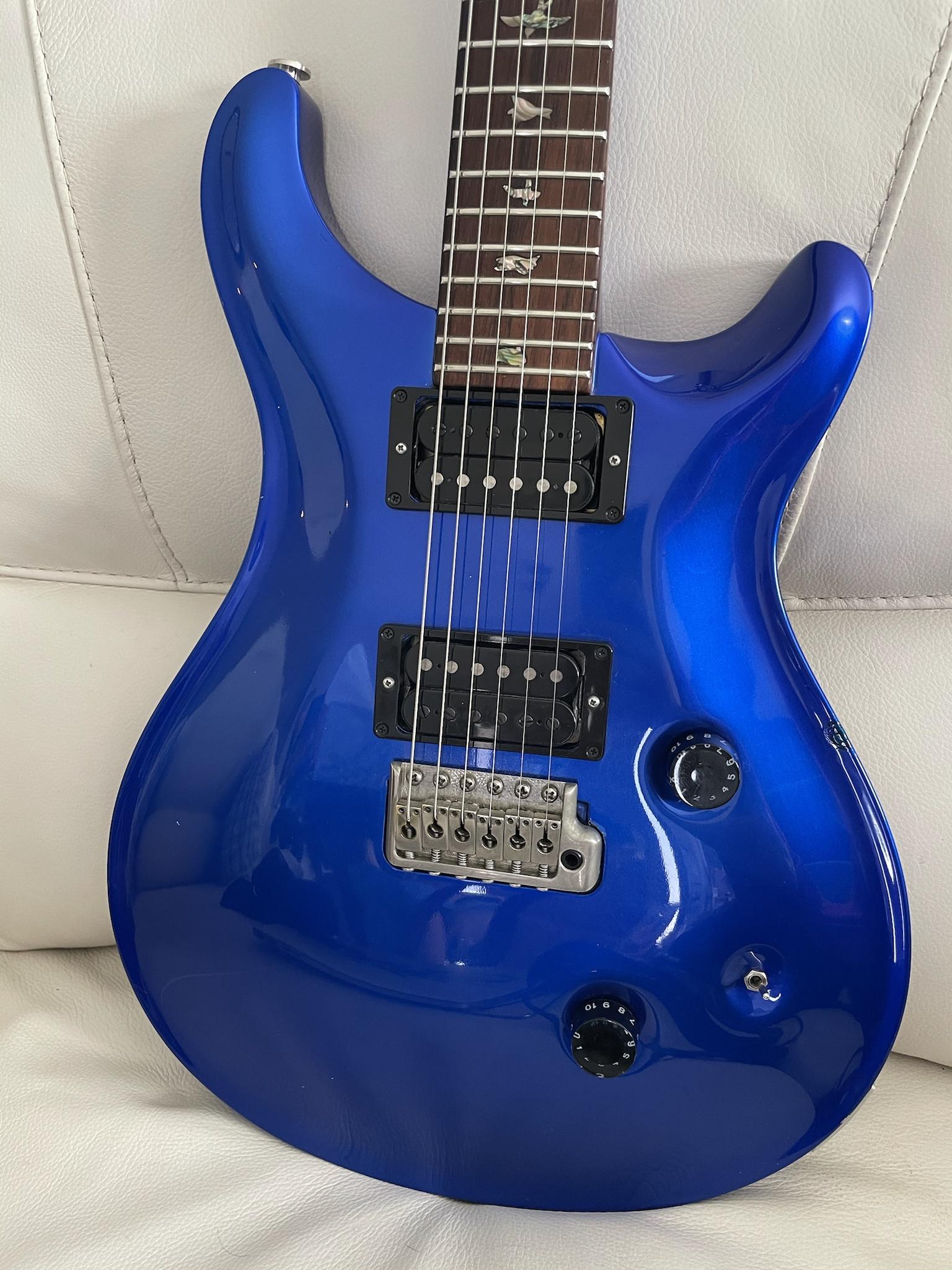 Aquamarine with a natural back is my favorite (note my 594 in the profile pic). It lets the figure shine through while not being as distracting as some of the others. Northern lights is amazing and always stops me in my tracks. 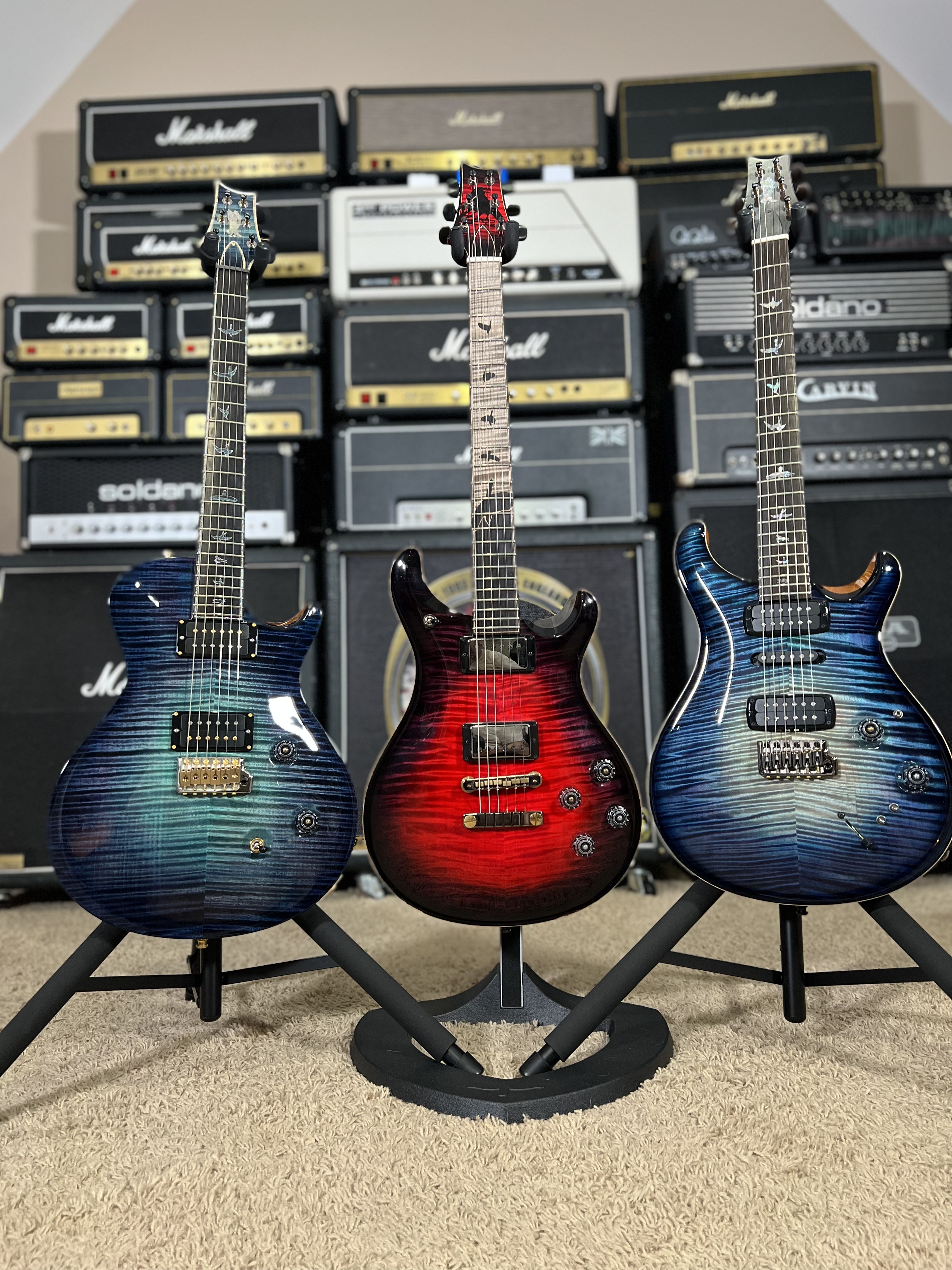 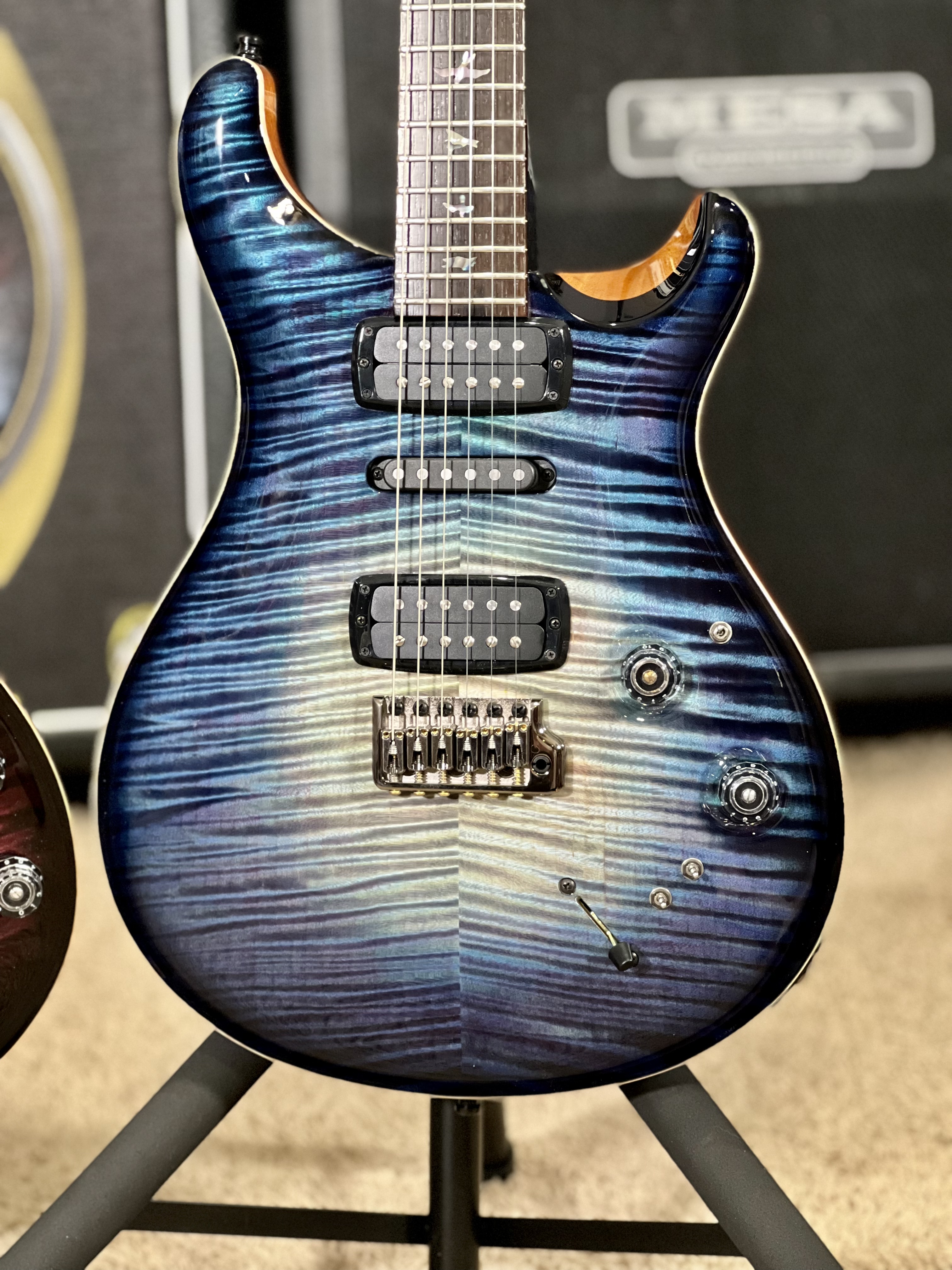 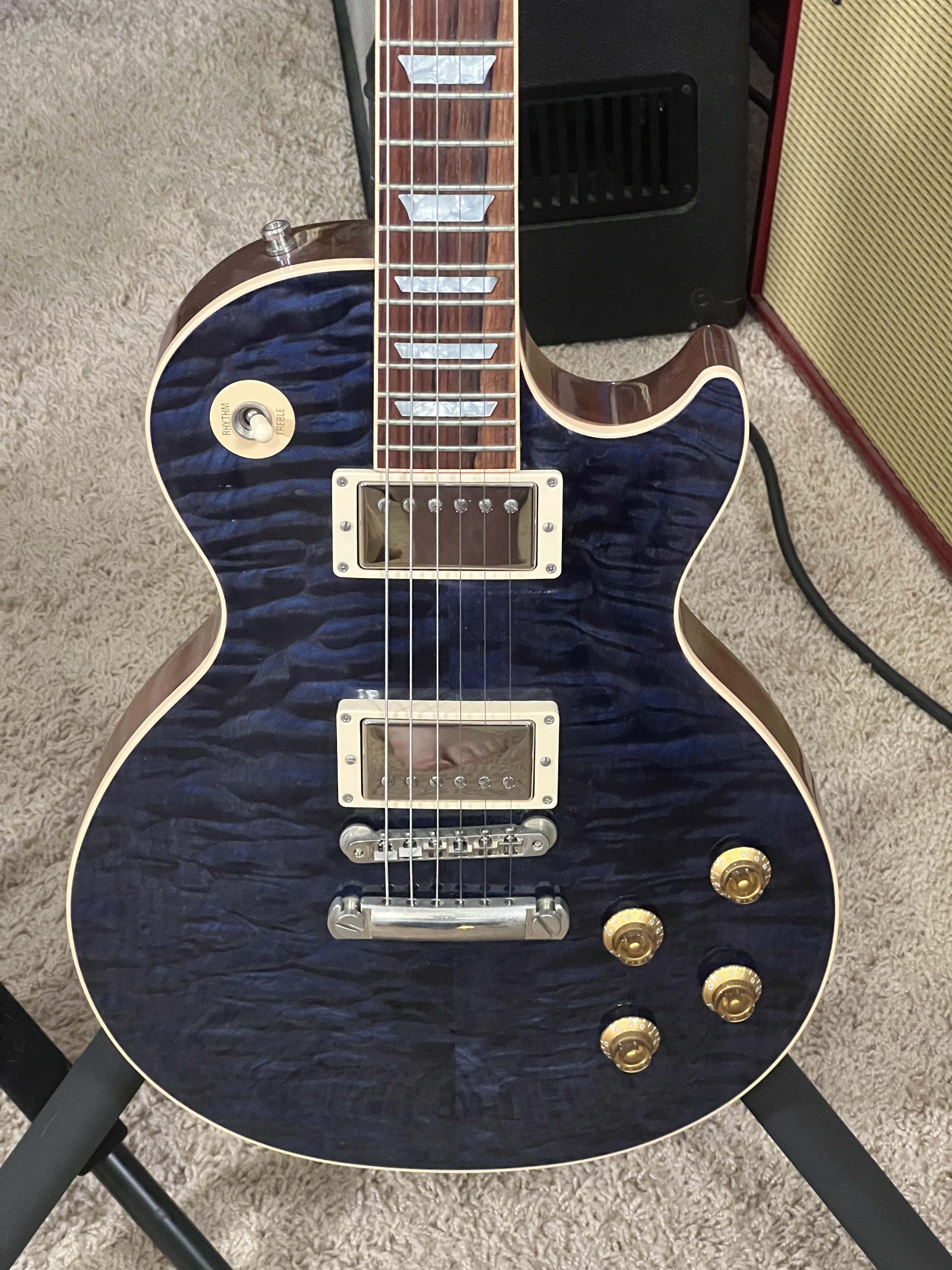 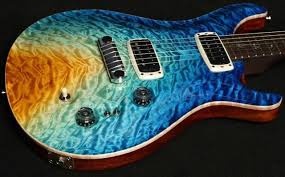 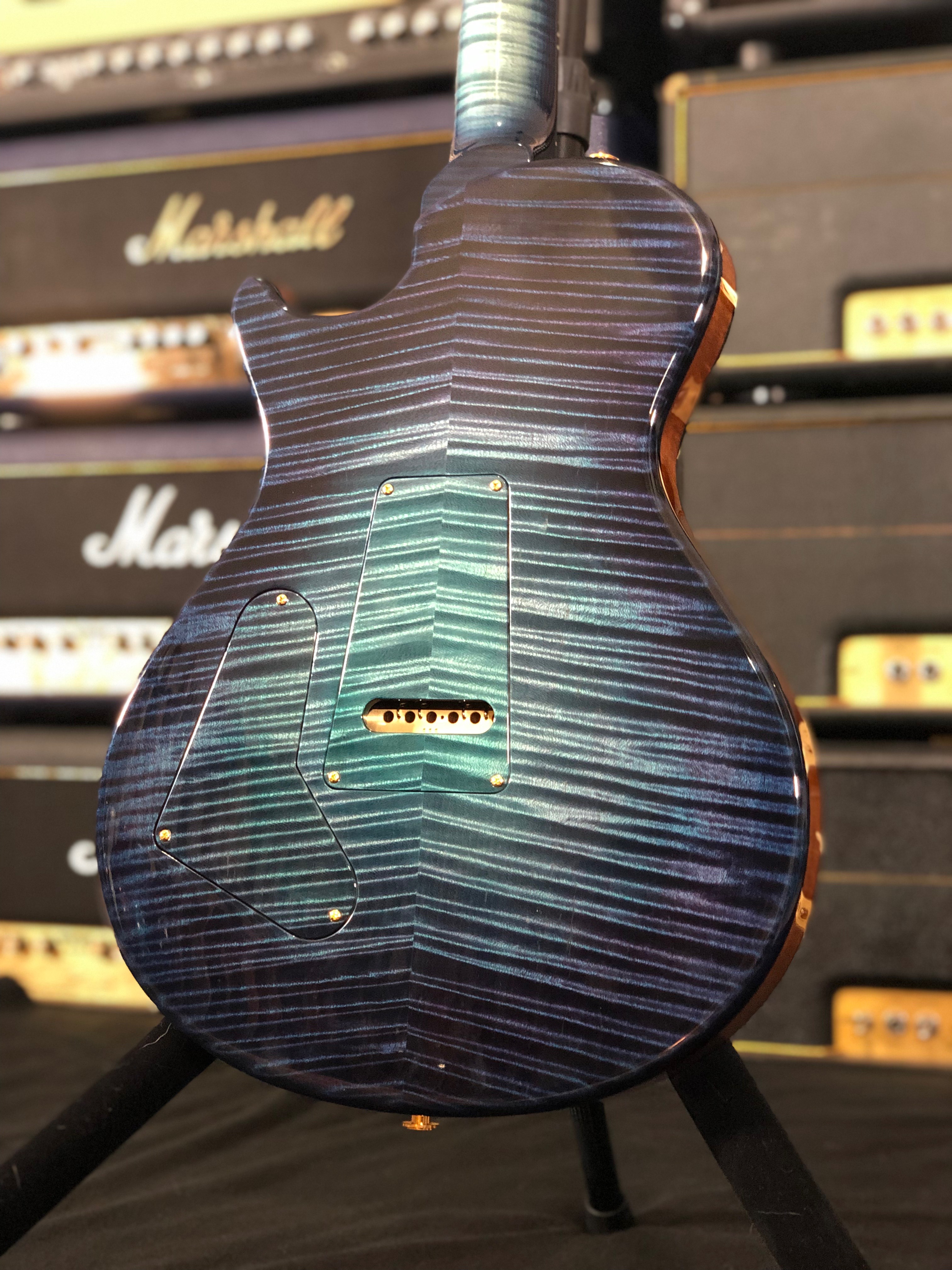 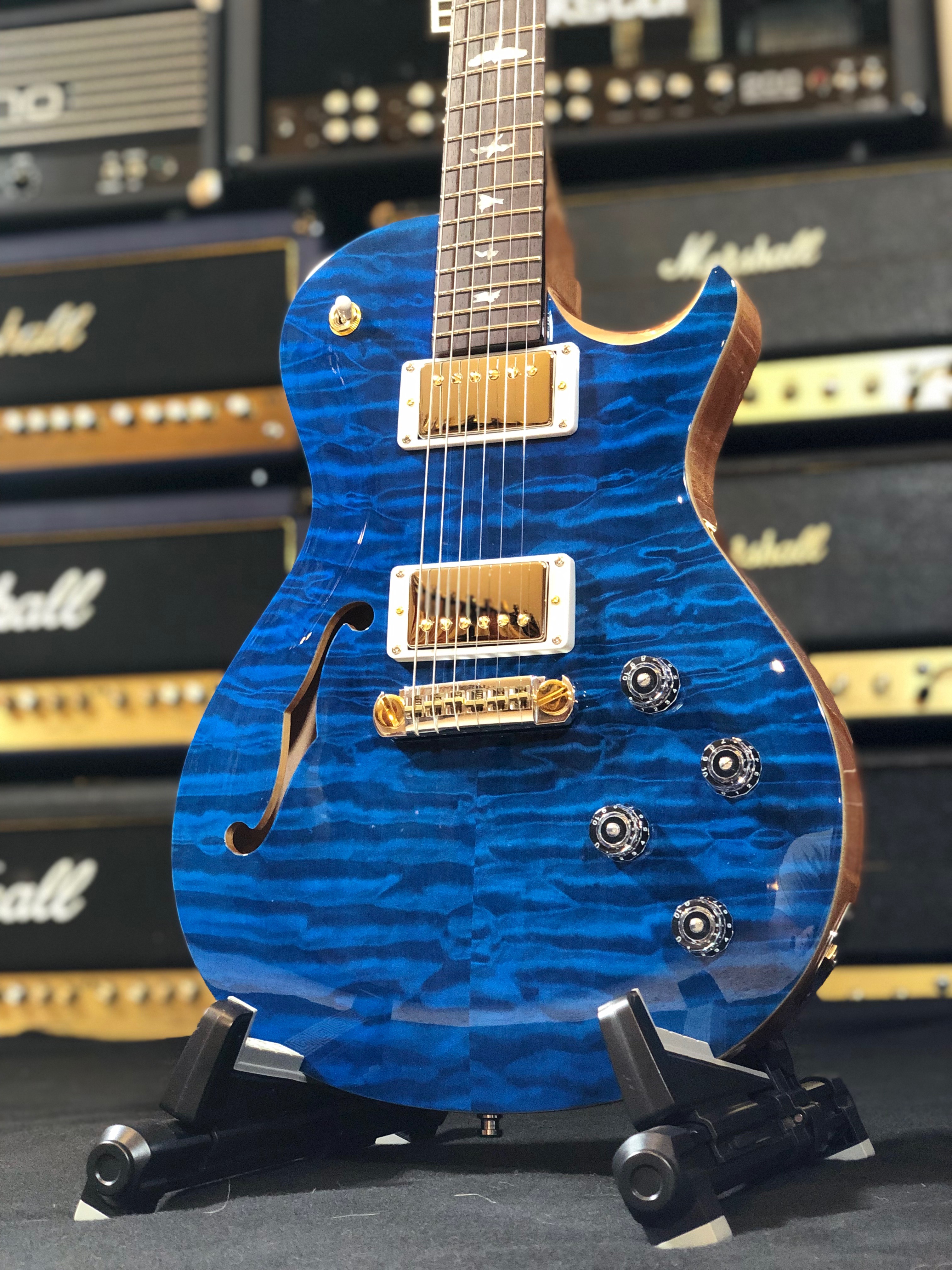 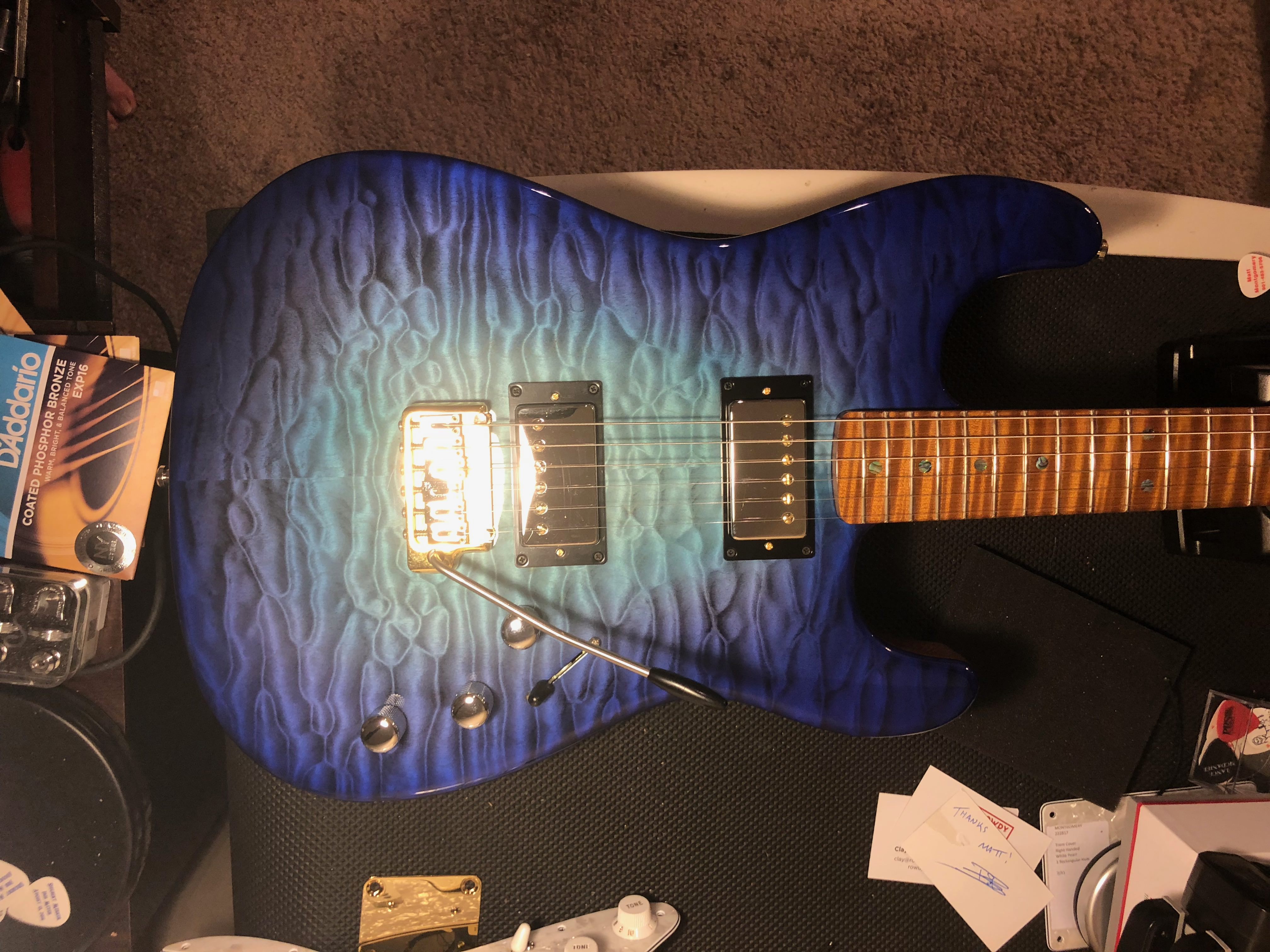 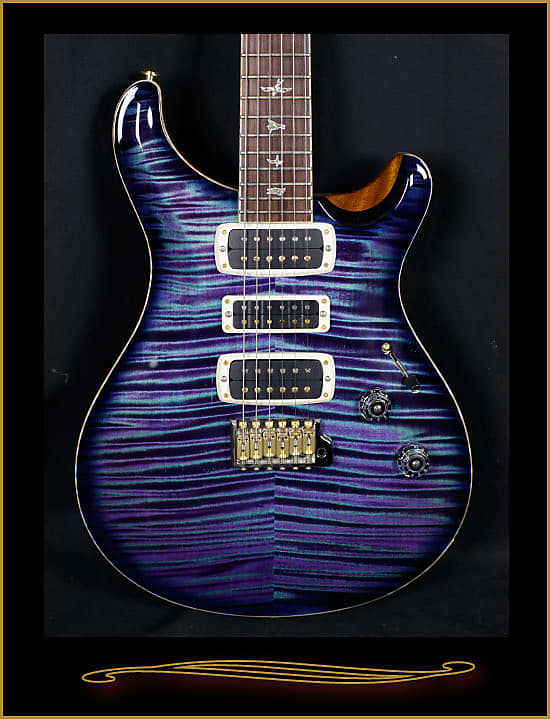 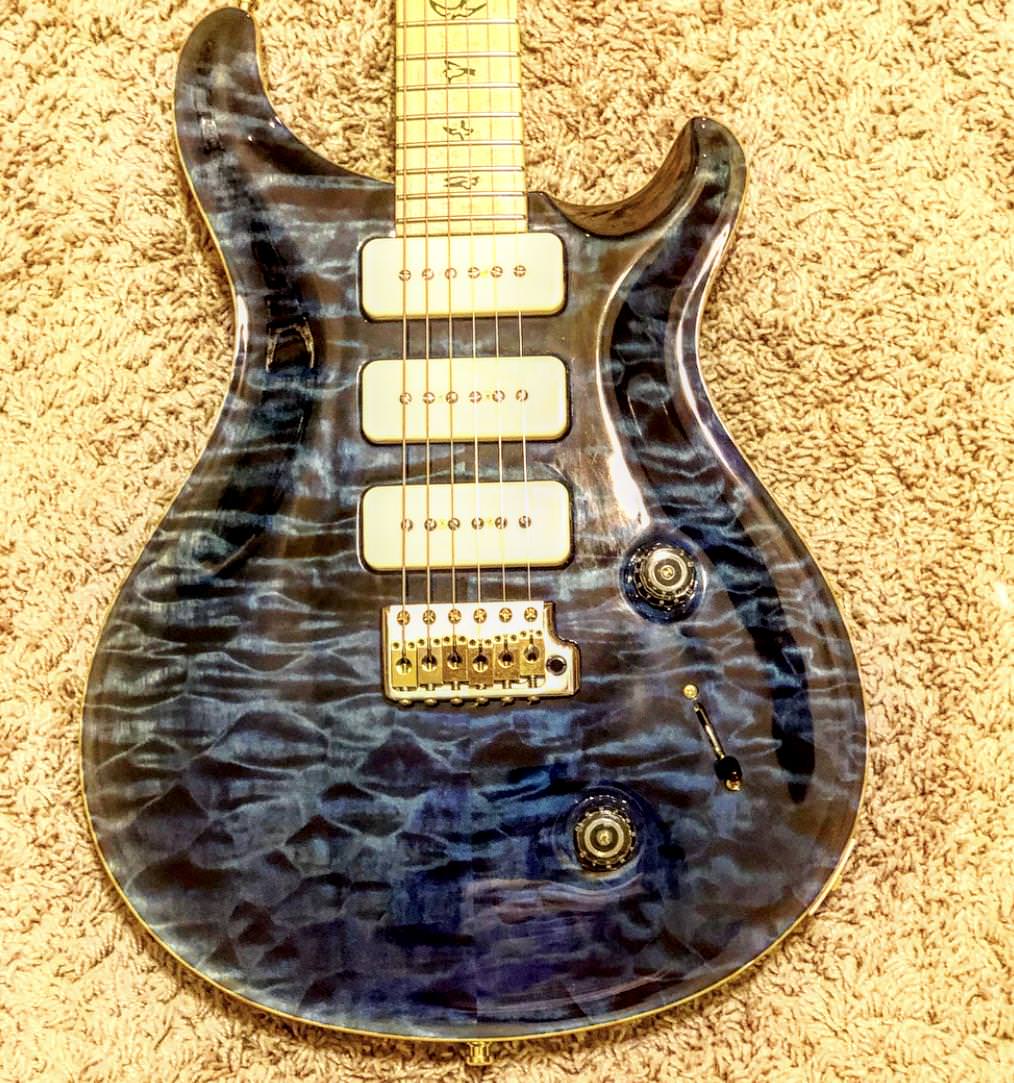 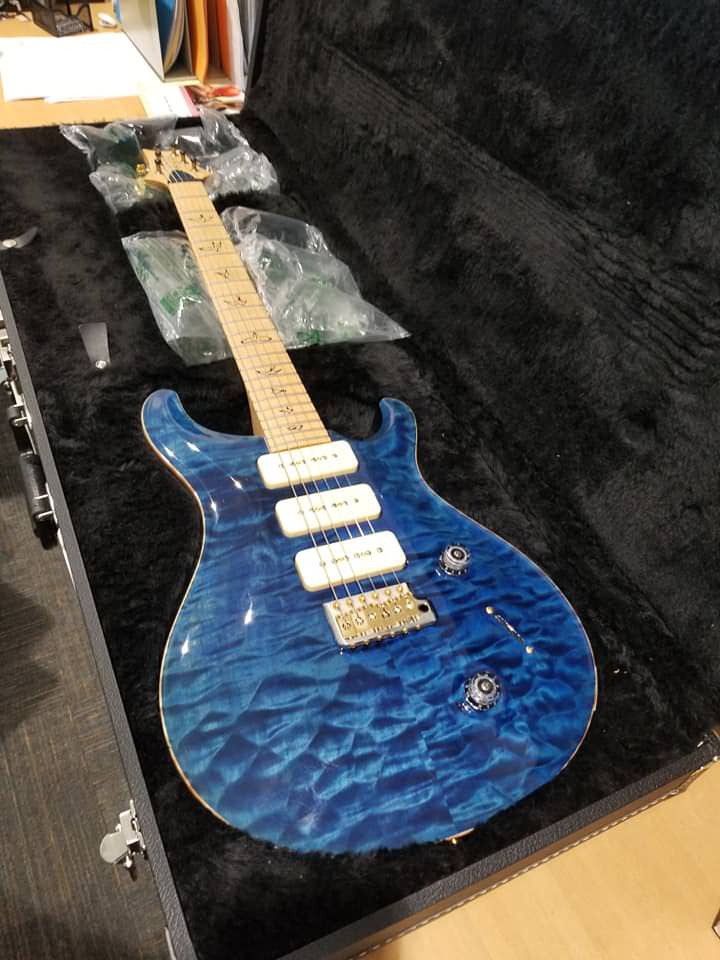 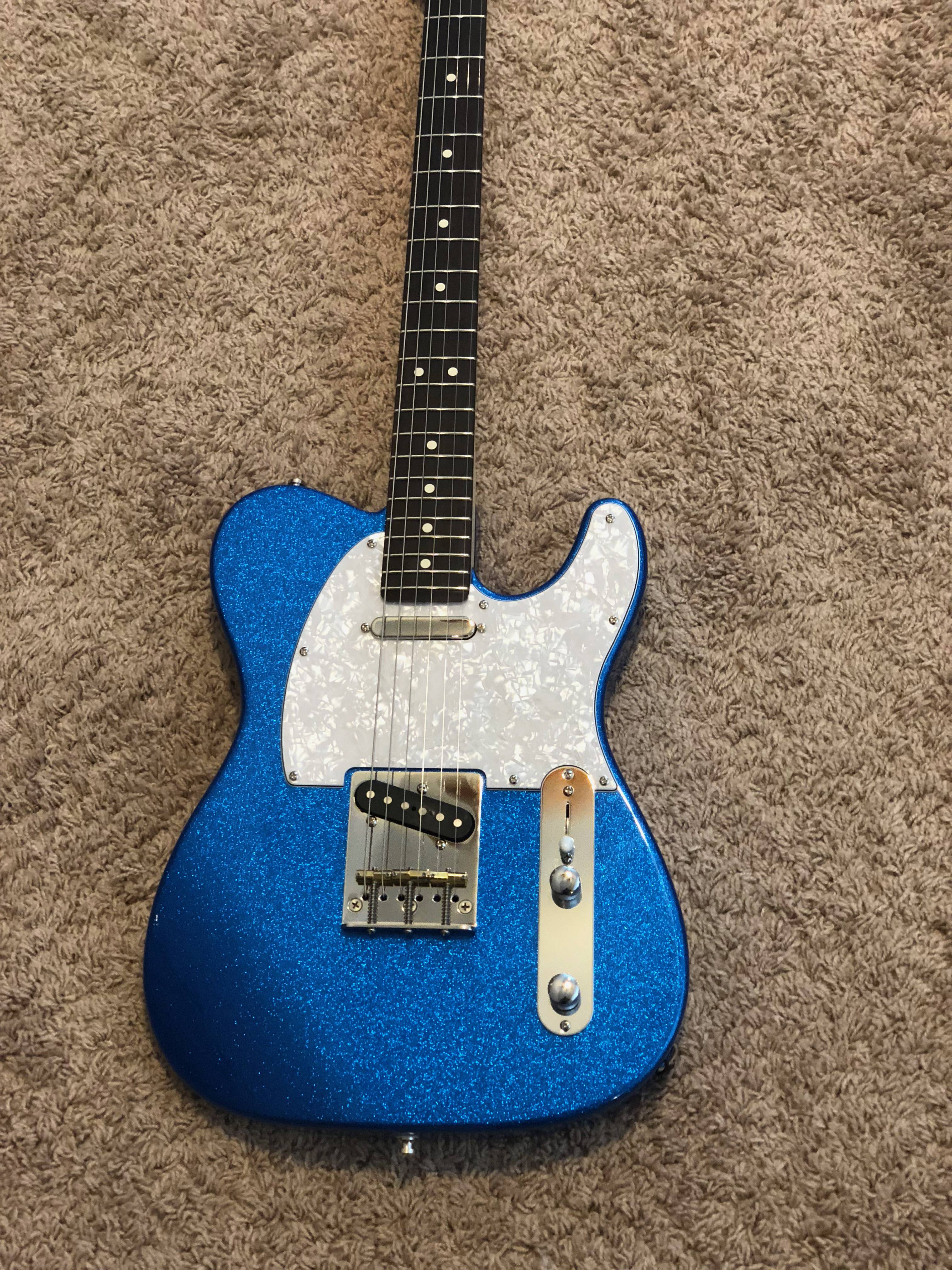 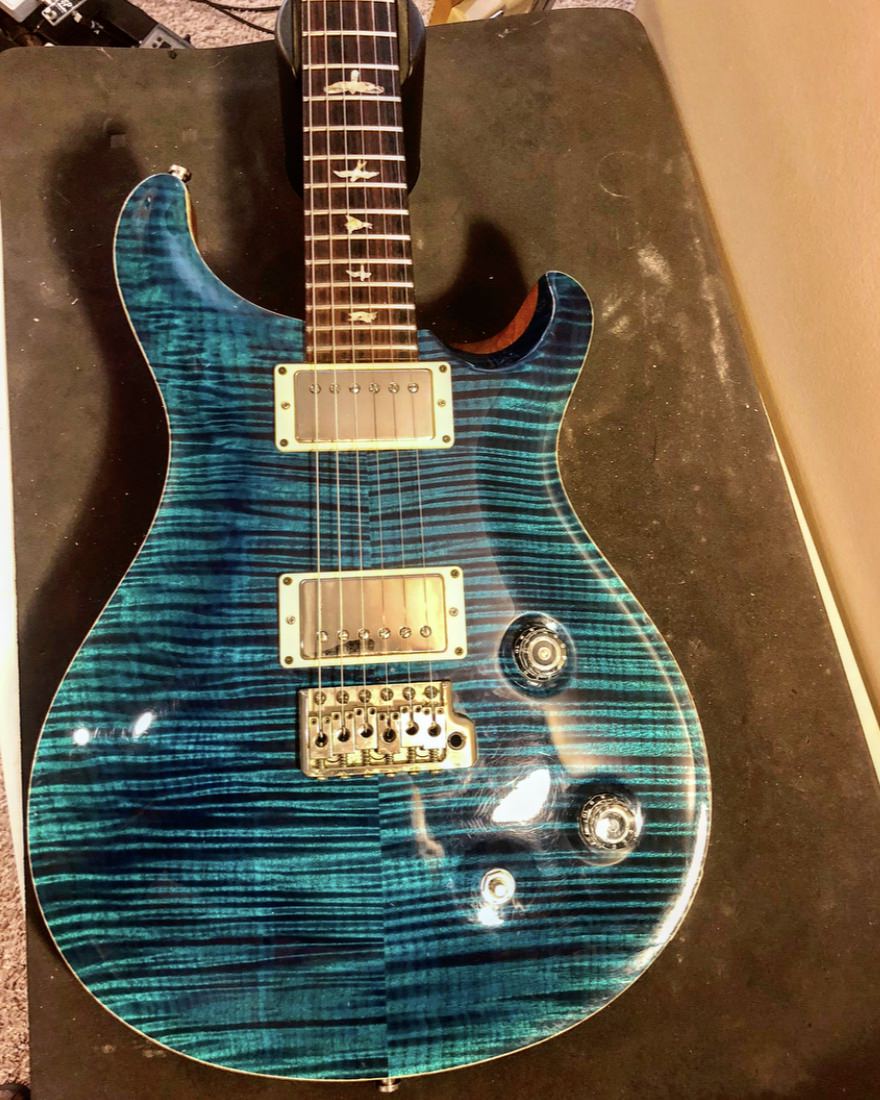 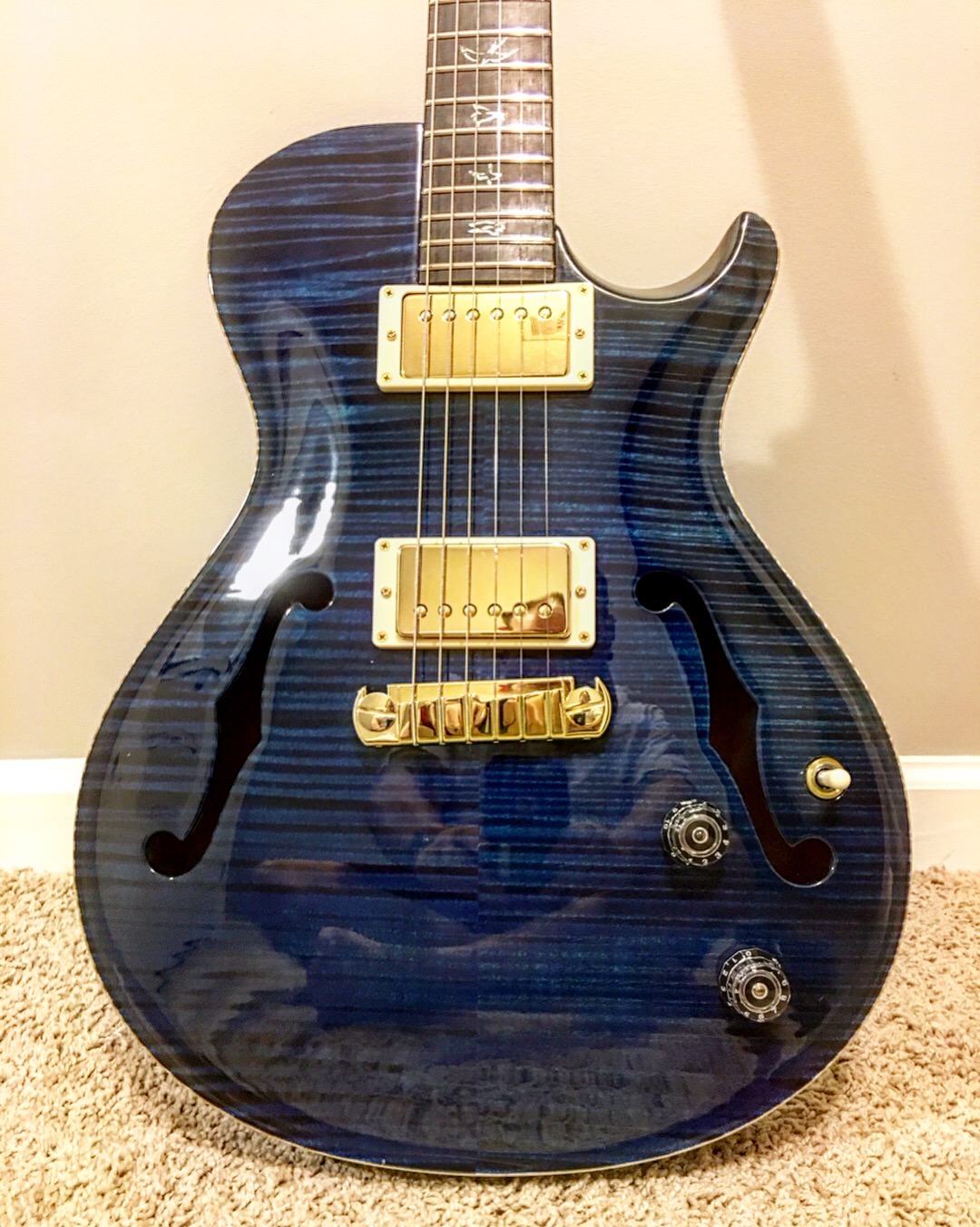 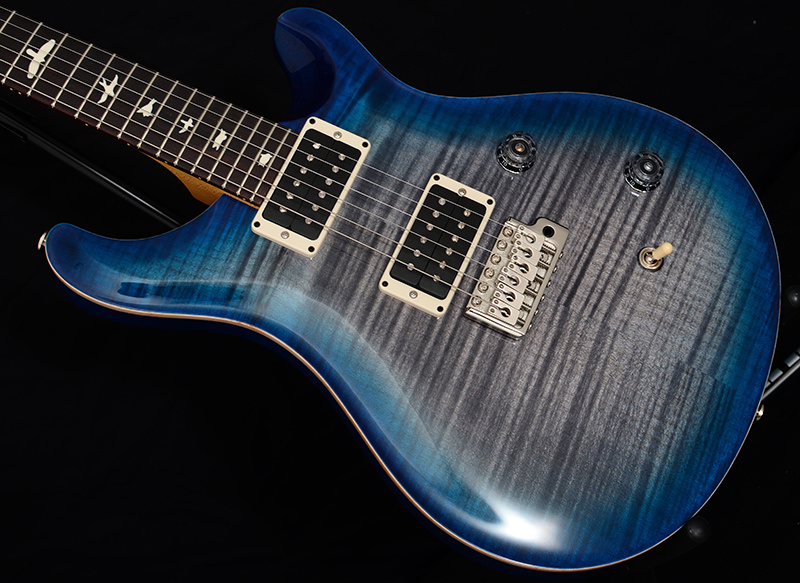 sergiodeblanc said:
Glacier Blue was a pretty alright color if the top was fairly pale to begin with. Whitewashed/white backs are amazing.
Click to expand...

I have to agree with white backs. After owning this one for a bit its probably my favorite.

Pretty good blue on the front too.. 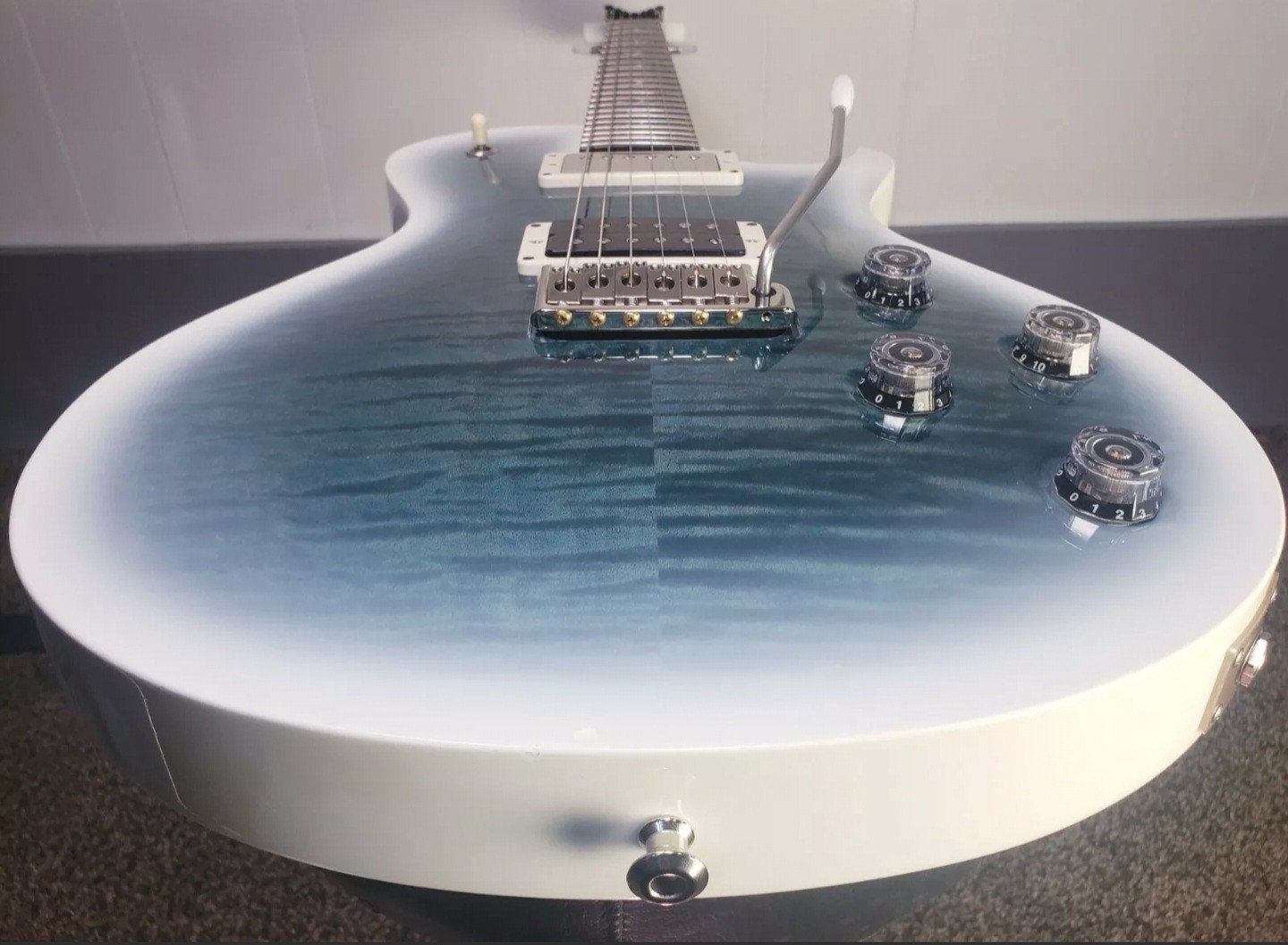