Hey, so for recording porposes I'm blocking my 2000NOS Trem with a Tremol-no I bought a couple of months ago, it's the right one for the guitar, but the factory claw is smaller than the Tremol-no claw.

The question is, do I have to drill a new hole? What problems would it cause to leave the screws crooked as long as the claw itself is aligned with the trem?

As a detail, before I switched to the 2000NOS bridge I had the factory SE trem, I put the Tremol-no on and took it off again, saw that I have to drill for the screws to be perpendicular and took it to a tech, but the ****** just installed the thing like I did, didn't drill a thing. It was the first time in 4 years taking my guitar to a tech instead of doing it myself, after this I probably won't take it to a tech for another 4 years.

Also installed noisy pots and kept the unique allen wrench of the tremol-no for himself.
V 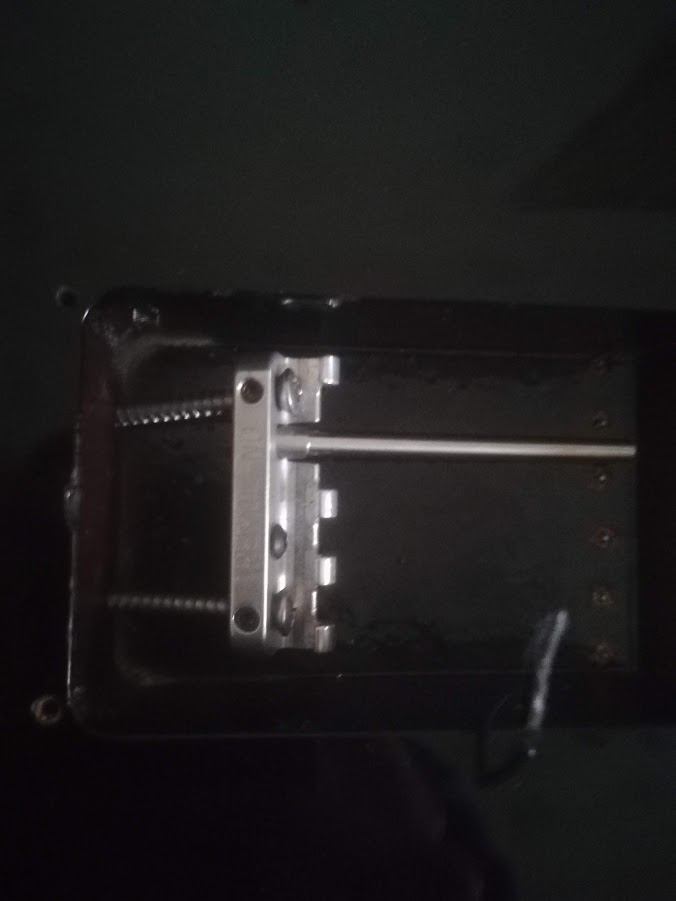 Yeah, that looks a bit janky.

Having it that way may tear up the screw holes. To do a clean install, you would need to plug and re-drill for the claw screws. But as long as it's happy and aligned you should be okay.

I bought one for my SE and ran into the exact same issue. I ended up just blocking the trem instead.
M