Beautiful Hans. Where in Germany is that?

Rapeseed? I've got a ton of photos of rapeseed fields in France. This really reminds me of those. 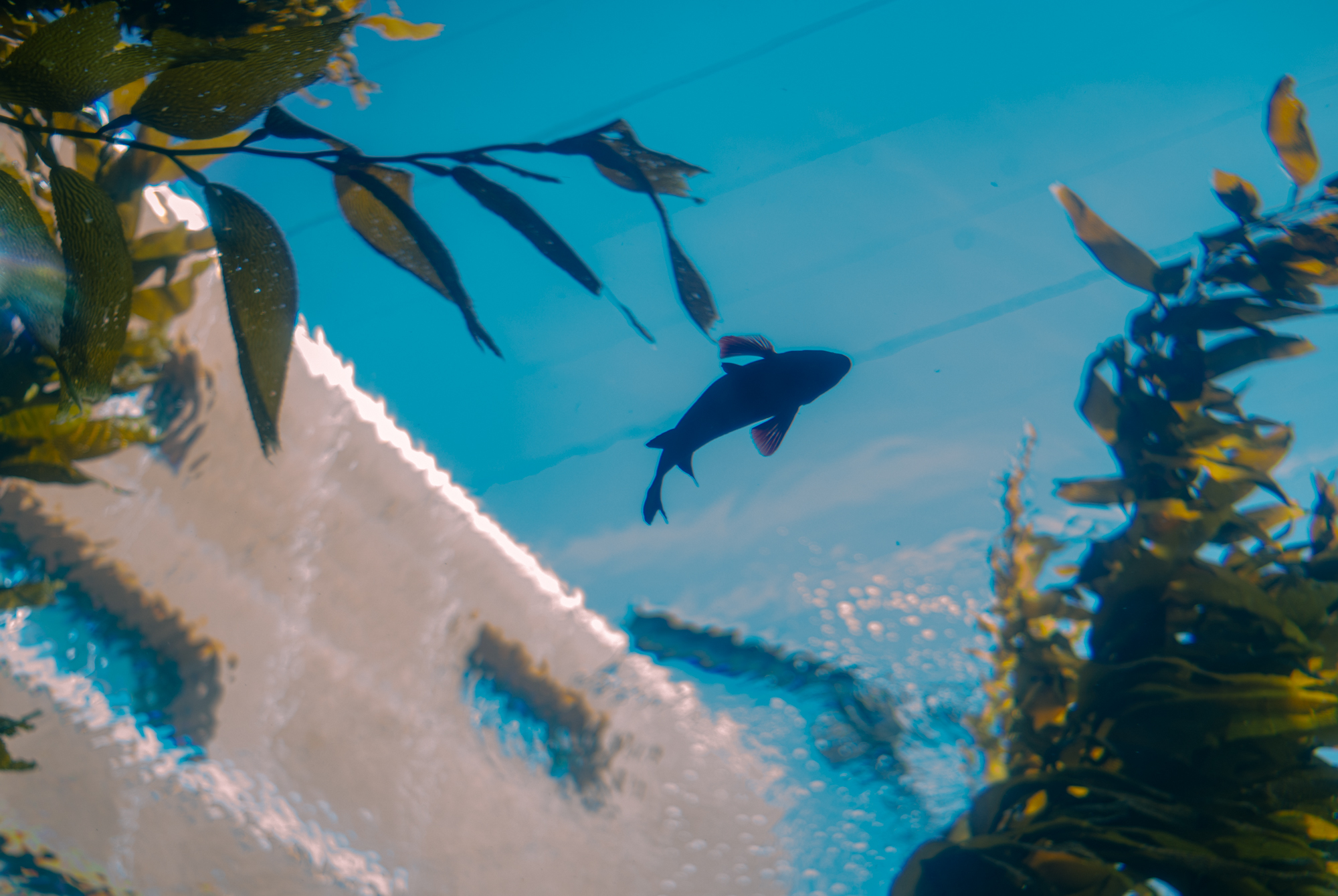 Image from the aquarium at the California Science Center. 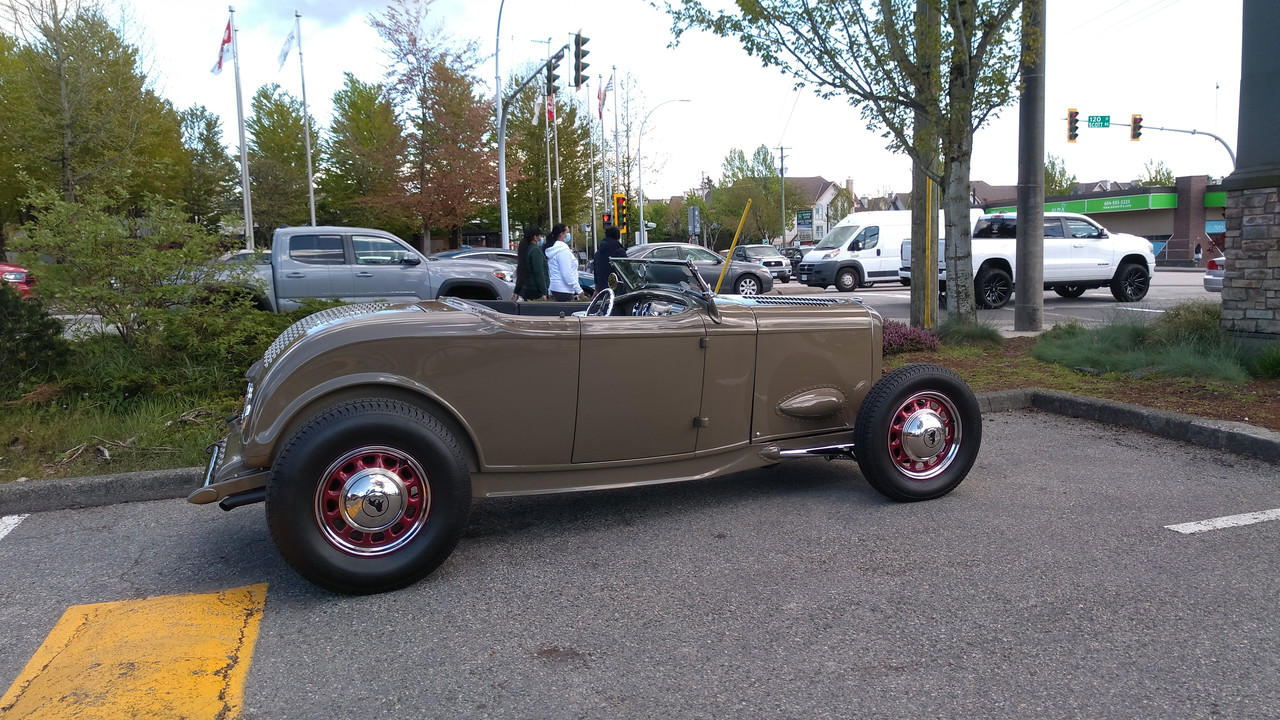 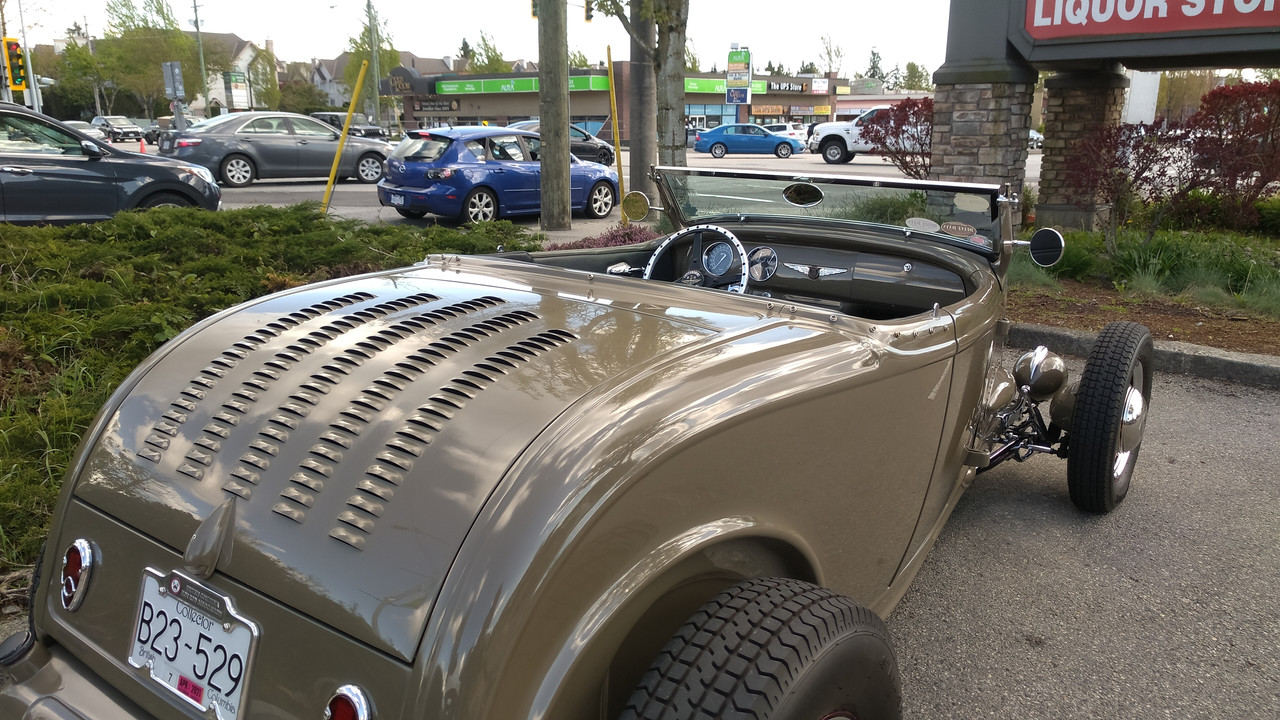 Tosca said:
Where in Germany is that?
Click to expand...

That's about 100 steps outside my back gate here in Rheinland Pfalz.

Beautiful shot composition. The detail on the full res link is amazing.

What car is this? F*king awesome.

The owner wasn't around at the time, so unfortunately I don't know.

There’s a fine line between stupid and clever.

Sun came through after a couple days of rain. The view off our upper deck is ridiculous. 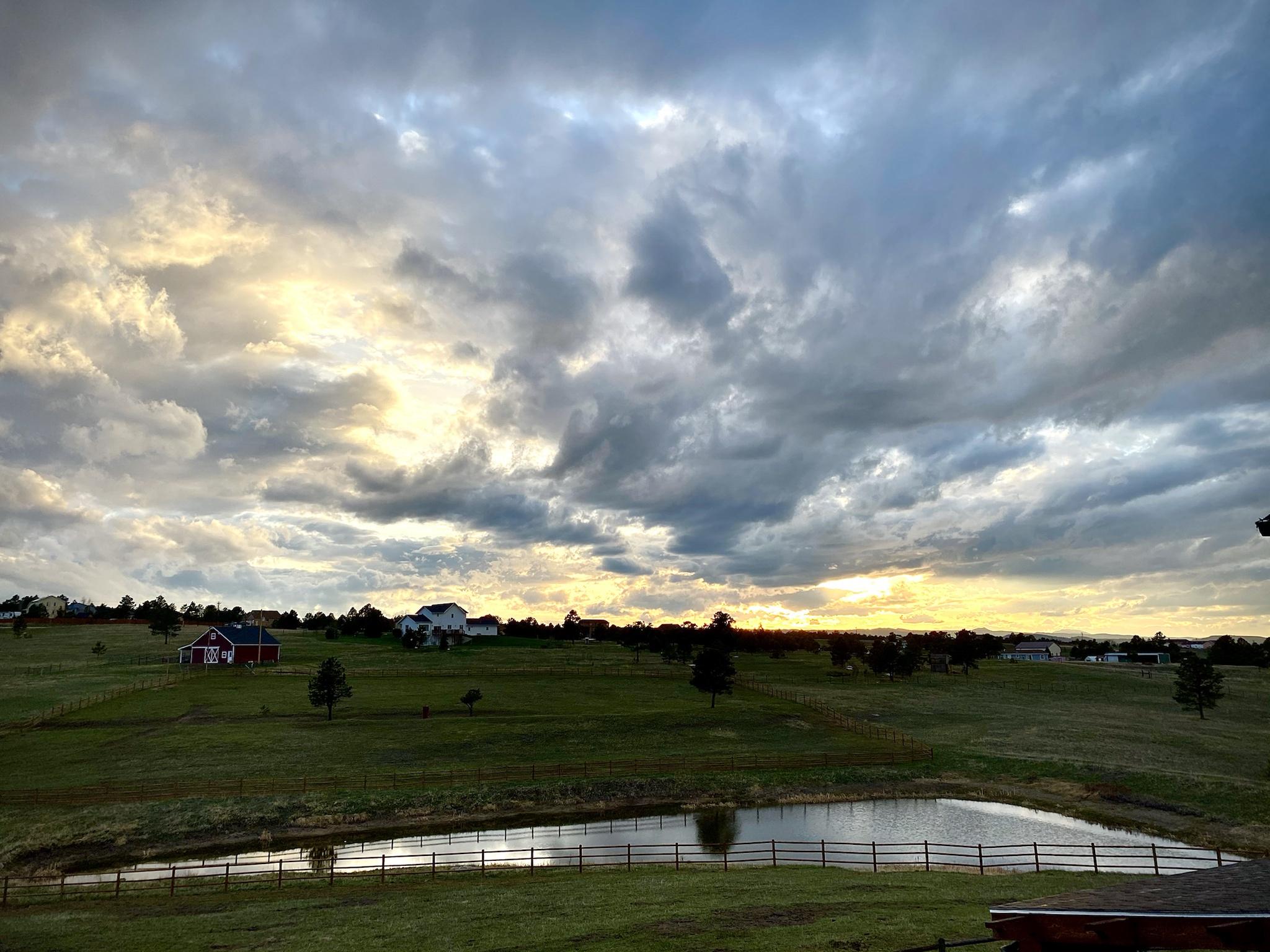 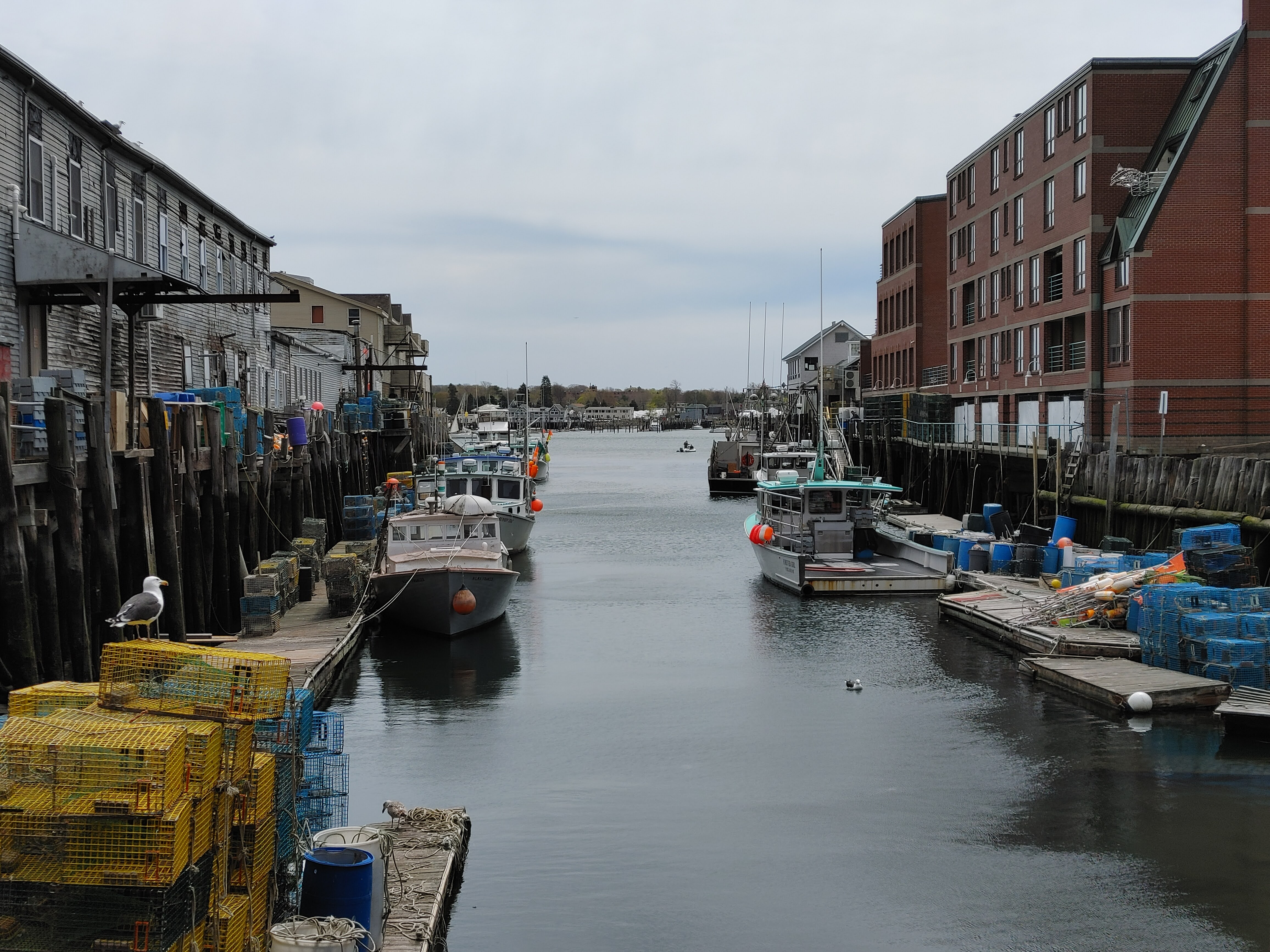 There’s a fine line between stupid and clever.

Looks like it might be a 20’s or 30’s Dodge or Ford roadster. The logo on the dash kinda looks like the Dodge logo of that era. Just a guess, I’m not a car guy.

dmatthews said:
The owner wasn't around at the time, so unfortunately I don't know.
Click to expand...

NoisyDante said:
Looks like it might be a 20’s or 30’s Dodge or Ford roadster. The logo on the dash kinda looks like the Dodge logo of that era. Just a guess, I’m not a car guy.
Click to expand...

It is a highly modified Ford Model A.

garrett said:
It is a highly modified Ford Model A.
Click to expand...

Thank you for that!

If you have a high-speed connection and an HD monitor, click HERE to see the high-res version.

In case you're wondering what (and where) this is...

In 1934, a new weight regulation became effective in the former World Cup, the so-called "750 kg formula". This weight of vehicles without gasoline, oil, coolant and tires should not be exceeded.

When the mechanics of Daimler-Benz push the W25 on the scales on the eve of the race, it weighed 751 kilograms (1 kilo too heavy). "Let's come up with one of your famous tricks," said the driver Manfred von Brauchitsch to team principal Alfred Neubauer, "otherwise we are the losers." Neubauer instructed his mechanics to grind the white paint off the body in the garages of the forest house St. Hubertus in Nürburg at night.

The grinding not only saved the one kilogram, but was also the birth of the silver arrows, as the sanded aluminum shone silvery in the sun. Manfred von Brauchitsch confidently won the Eifel race in front of Hans Stuck on Autounion.
Last edited: May 9, 2021 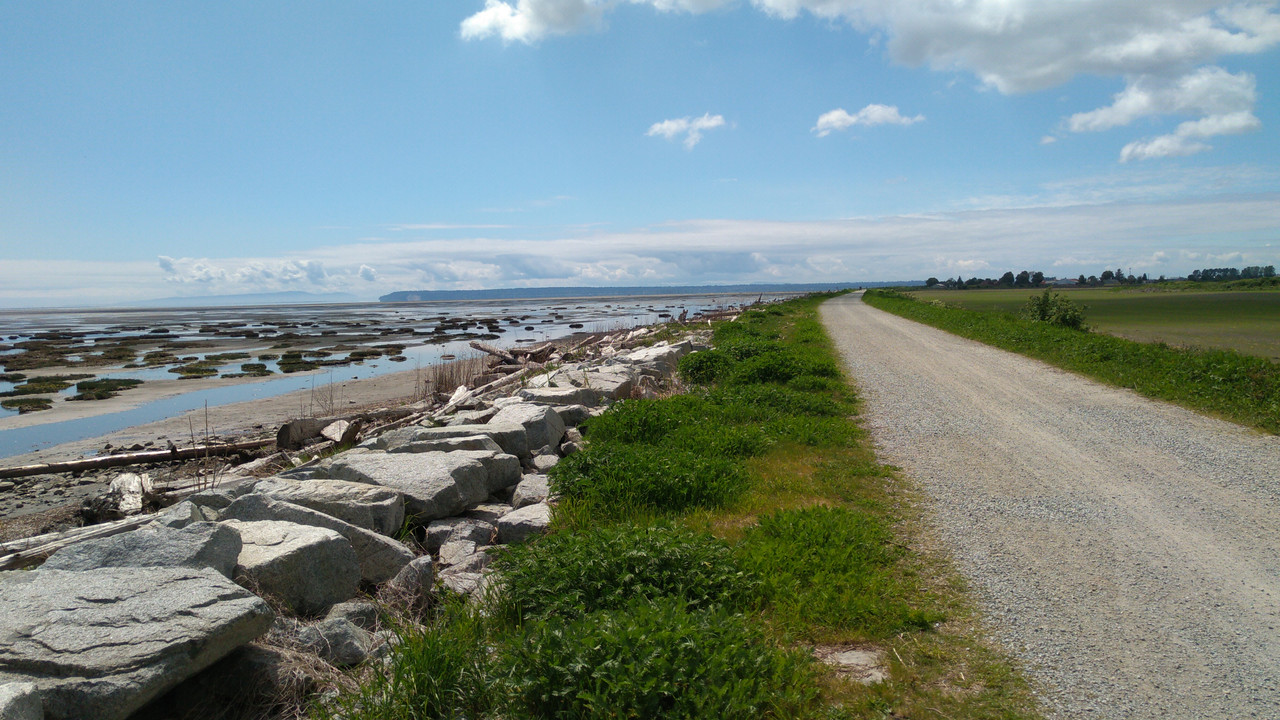 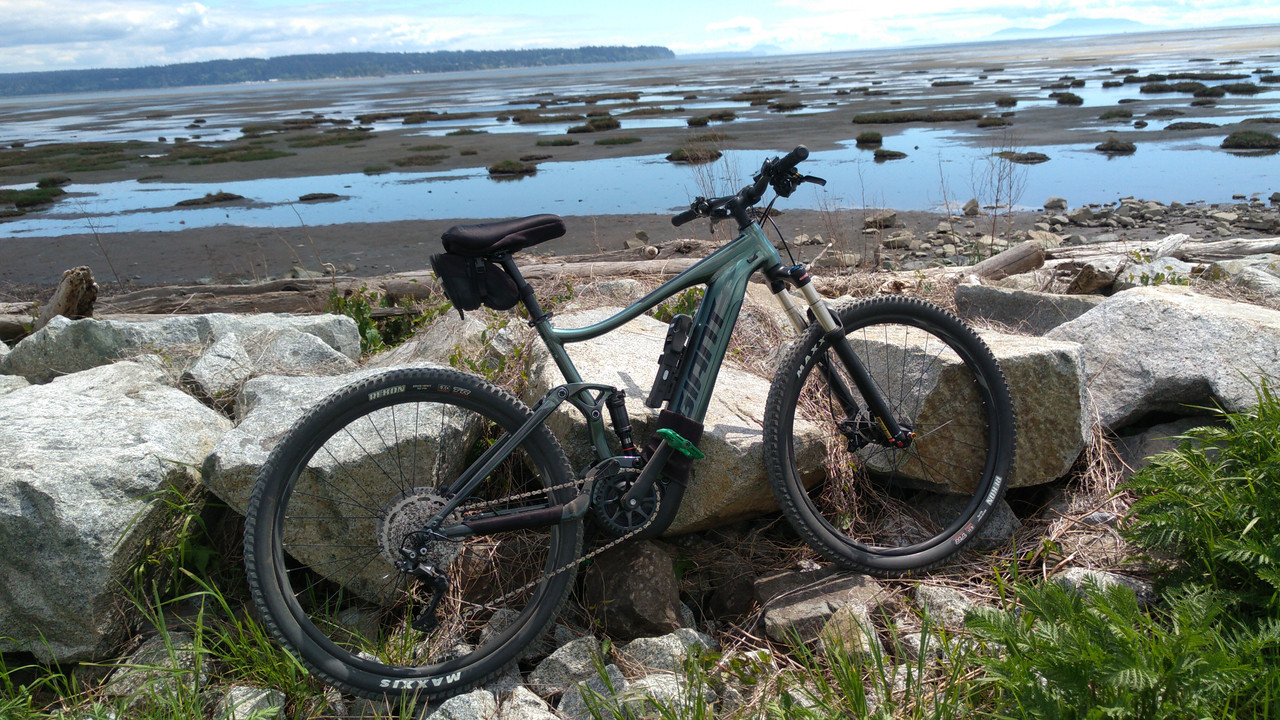 I got a fancy drone a little while ago and don't think I've shared much from it. Here are a couple of shots of my recumbent out in the neighbourhood farm country. The last glacier stripped top soil for miles and miles and deposited it here. I'll take video throughout the growing season this year to show the progression.

If you stick your arm down in that dirt, it is rich top soil as far as you can reach. 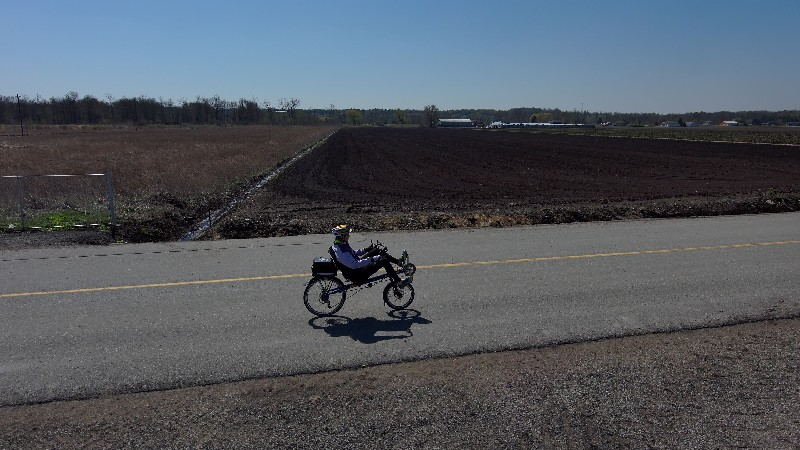 Here the drone got temporarily tricked to a front view (it was tracking on my right side). 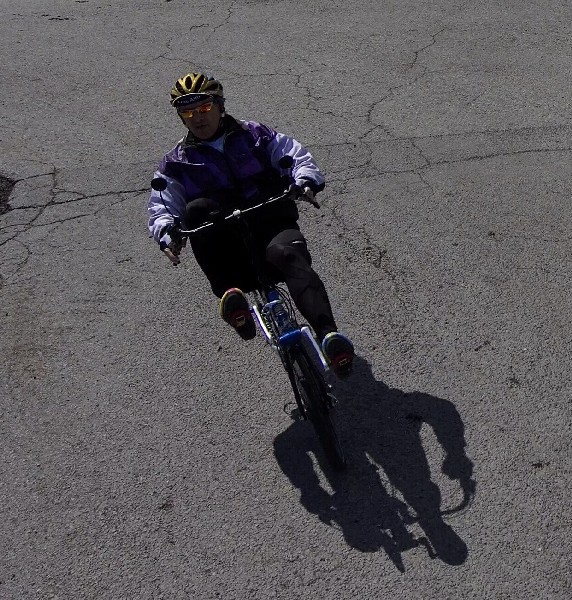 This is where I ride in the winter, sometimes in snow 20cm deep - more than that is just too much work.
By the way, these photos are all pulled from the drone's video. It films at 4K.
The surface here along the river can vary quickly from hard packed, to sand (just ahead of the bike as the trail turns) to torso sized rocks. 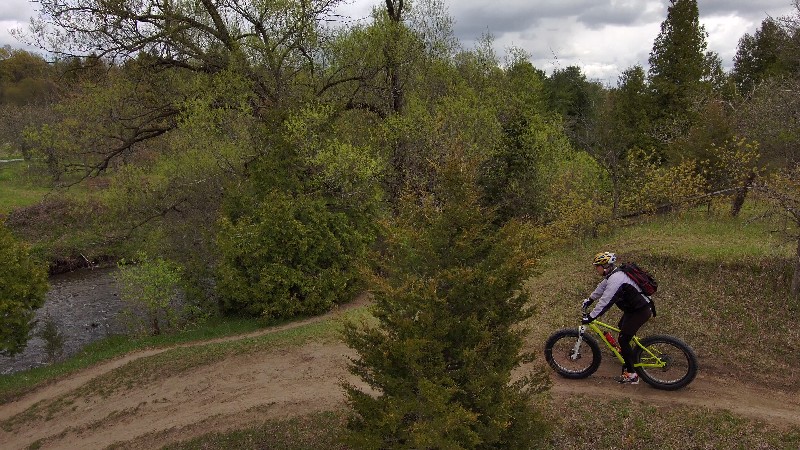 Until a couple of years ago, this bridge was a 2x6. 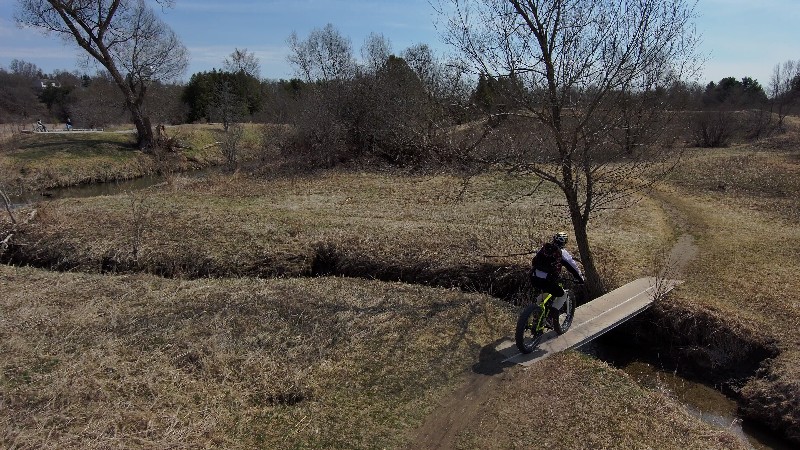 This is a high view of the area. A nice wide, gravel trail on one side of the river. Single track, or meadow on the other side.
To get a sense of scale, the bridge in the photo above is across the little creek on the lower right. The woods to the right of the river have a network of single track and a natural terrain bowl. 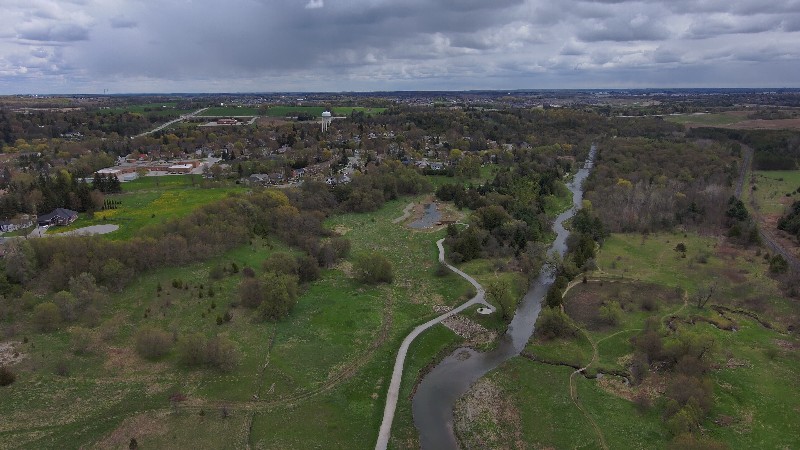