On a Kings’s X Binge

I have always appreciated King’s X, but they have become my favorite band. I have been a proponent of solid-state amps for a long time, especially Lab Series amps. I saw Ronnie Montrose and Gamma play at Old Chicago in the fall of 1979. Ronnie was using Lab Series amps and his tone was good, but not like Ty Tabor’s on the early King’s X albums. Part of the mix can be attributed to Doug Pinnick using what can be best described as a Chris Squire tone on steroids, but I would put the guitar tone up with the best of the best tube tones.

Was always a fan of King's X. Haven't listened to them in years. I really need to rectify that. Ty's tone was always killer, in my book.

You should be happy to read this..... 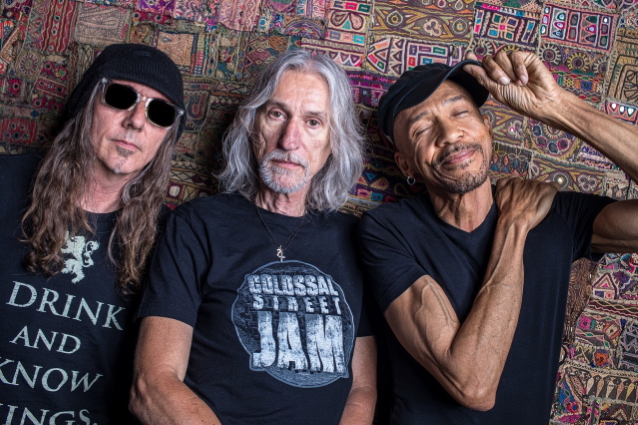 KING'S X, comprised of Doug "Dug" Pinnick, Ty Tabor and Jerry Gaskill, has signed with InsideOut Music/Sony Music worldwide. They will be the label home for the trio's upcoming 13th studio album and first new music in 14 years, which has just been completed, The long-awaited new record will see...

One of my favorite bands! Ty's tone has been killer through every evolution of his rig . I saw them a couple years ago and he was playing through newer solid state Orange amps.

Me too! My line's London station

Edit - to add that one of the things I like about the forum is that it's North American-centric so a lot of stuff comes up that I've not seen / heard before - King's-X being one of them. I had a listen to 11 Tops video post and enjoyed. So thanks Em7 - I hope you forgive my train picture

To explain the trains - I used to work for the company (BREL) that made the locos above and watched them being built 30 years ago at Crewe Loco. They're now coming to the end of their working lives and most are scrapped - hence me taking a picture when I was in London a while ago as it's always fun to see them after so long.
Last edited: May 11, 2022
A