Simply does not get any better than that! Congrats on having this dream in your hands!! A true treasure for the ages!!!

MrSuperstar said:
It's with great pleasure that I show you the beast that has just arrived in my house in Italy: PRS Private Stock McCarty 594 Hollowbody II.

The customizations on this instrument are the following (in brackets the features that a "basic" Core guitar would have had):

Other features (also on the Core model):

Fun fact: after trying this instrument in person, Paul himself was so enthusiastic that he even signed the case, a "customization" that I never asked for but that made me smile.

The most attentive of you will notice that I haven't altered woods and hardware on this guitar, compared to its Core version: maple and mahogany body, with mahogany neck and 58/15 LT pickups.
I could have placed a brasilian rosewood neck on a ziricote body with 3 pickups but honestly, after talking to Paul in person, I realized how much work and planning PRS went into making this specific model (also the most expensive model in the catalog), conceived to be a smaller and sexier ES-335.
Furthermore, IMVHO it would have been a no-sense to have a guitar named "McCarty" without the woods that characterized the best guitars he conceived in his life.
So I didn't want to change the sound, the weight or the soul of the guitar.
Of course the only exception I made was for the fretboard: that glorious inlay bewitched me and I simply couldn't not have it.

I want to clarify that the guitar will not be preserved in any showcase: it will be regularly played and carried around for gigs until it gets some nice natural relic, since life is one and you need to enjoy it.

As soon as possible, I'll record something with it and I'll let you hear it.
Hope you like it! 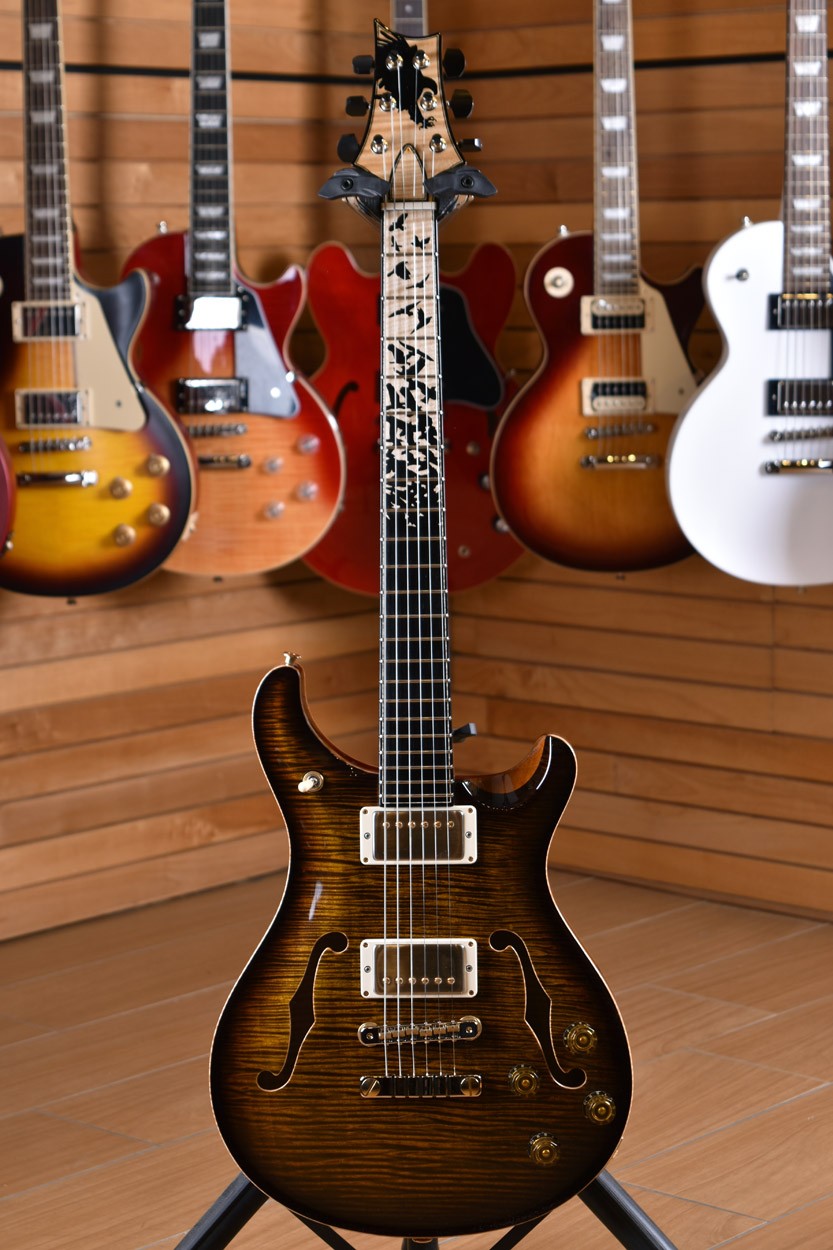 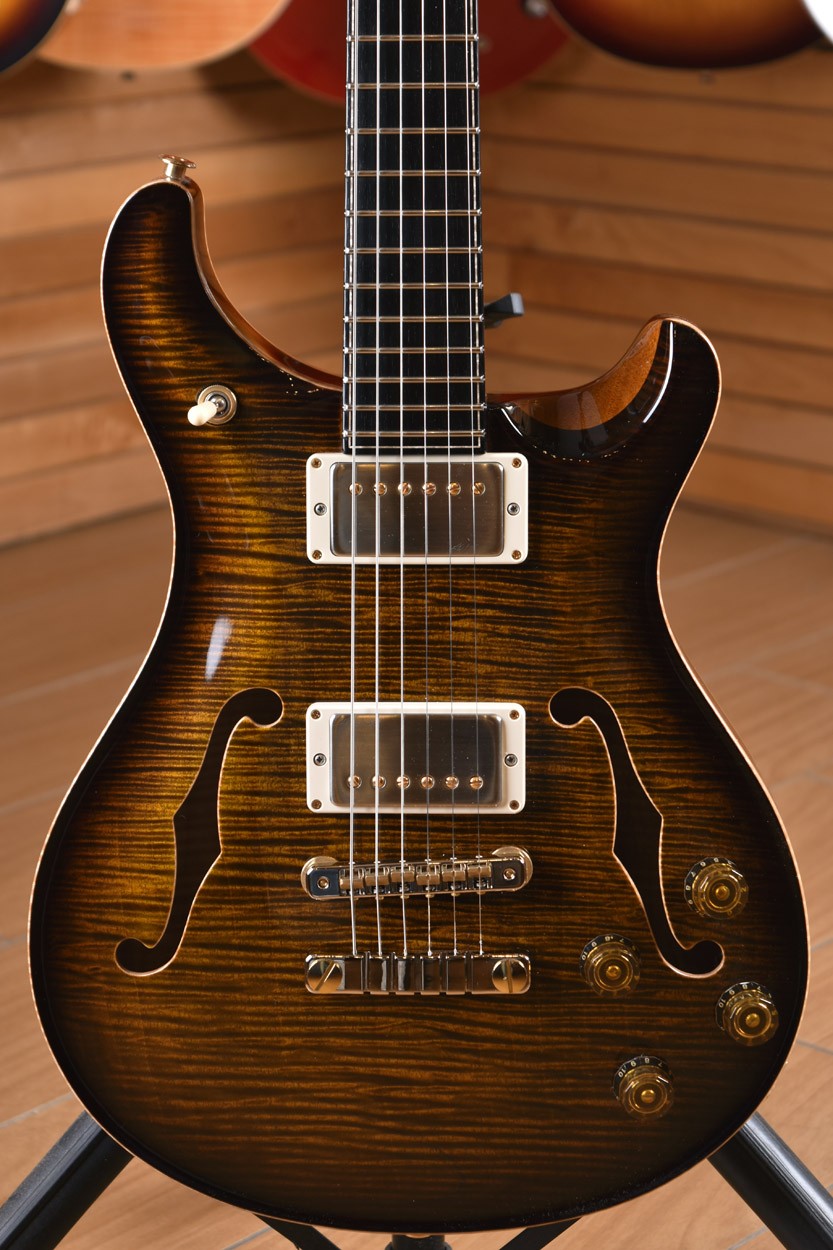 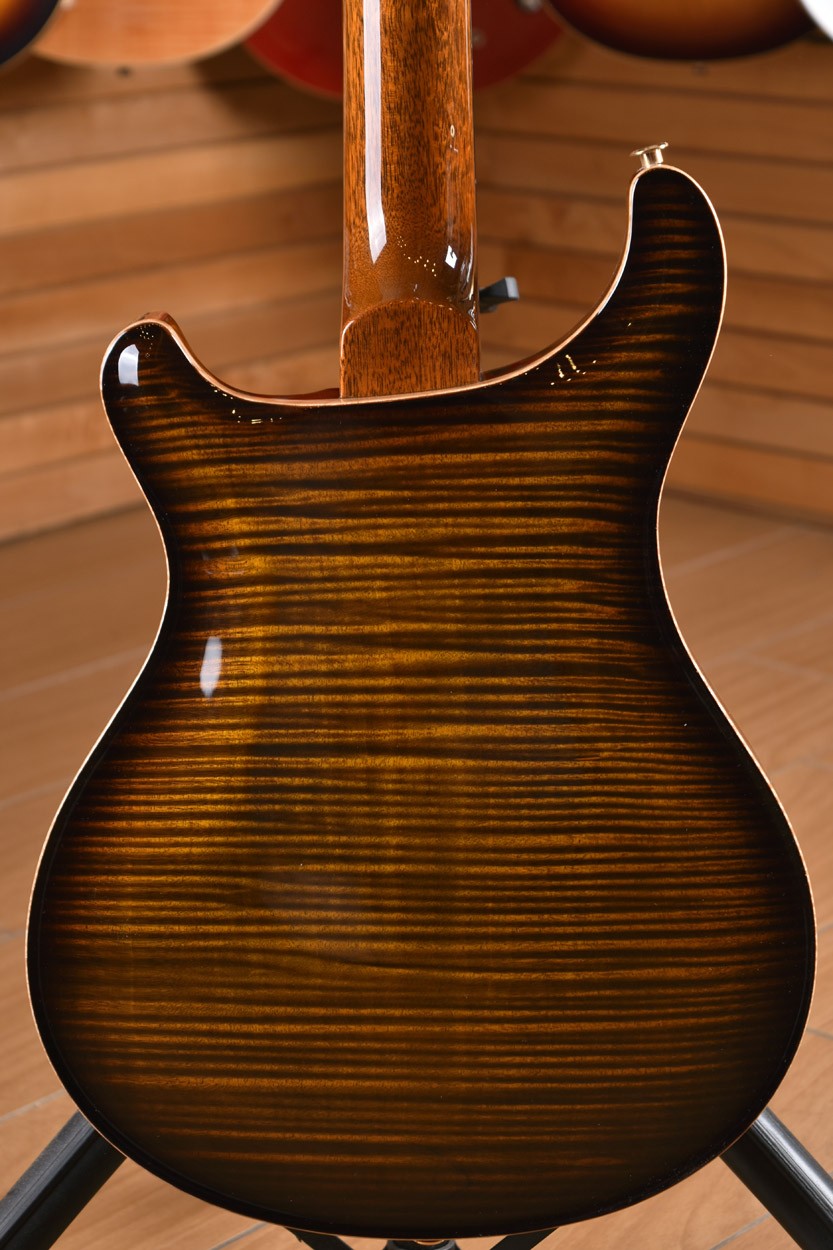 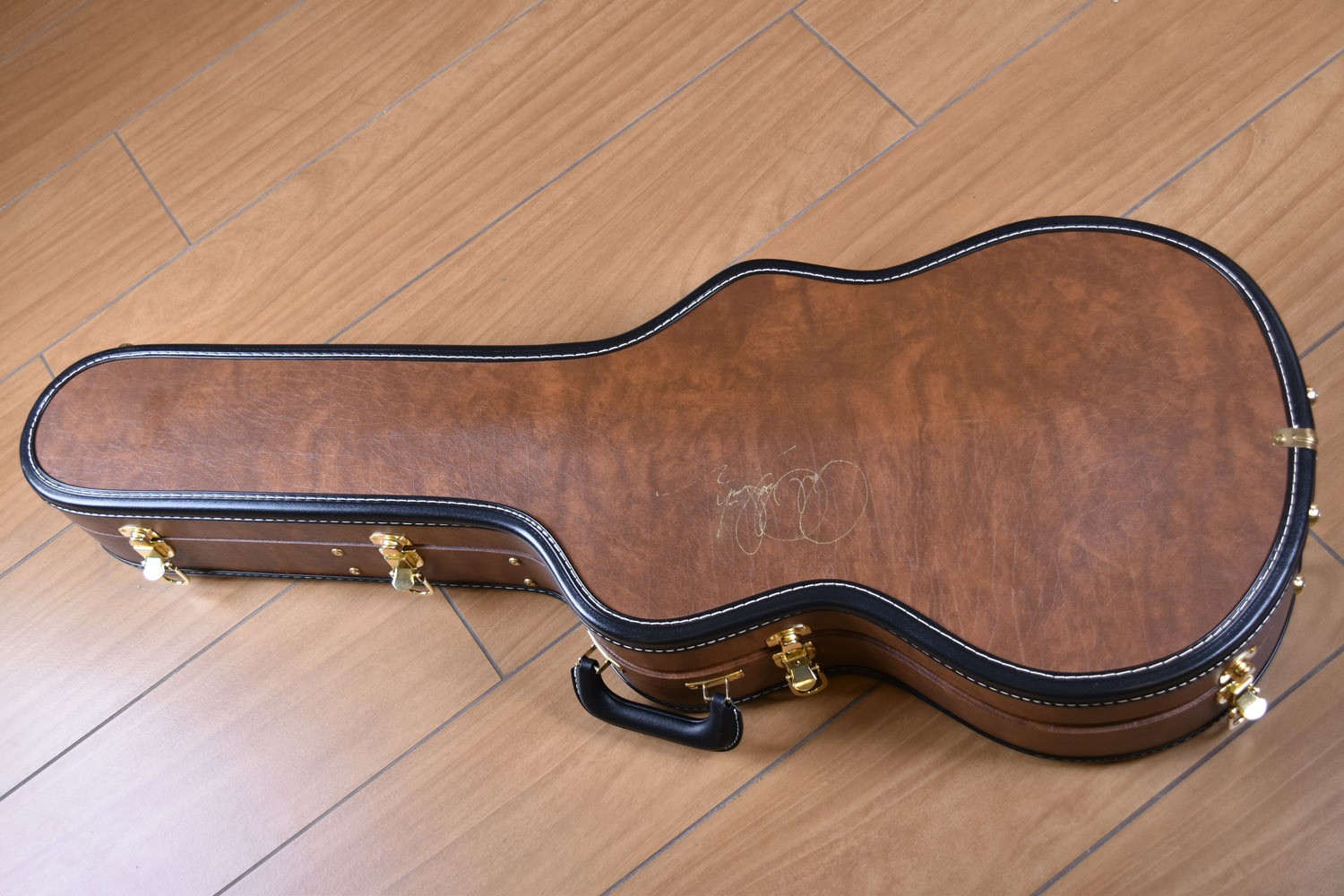 What a beautiful instrument!

A photographer friend enjoyed taking some serious shots of my guitar, I suppose you will appreciate results. 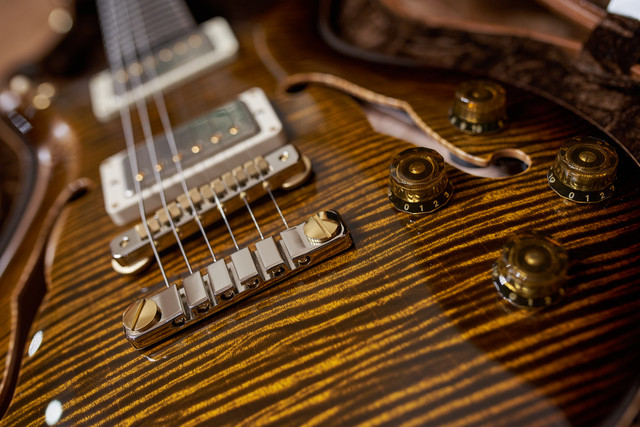 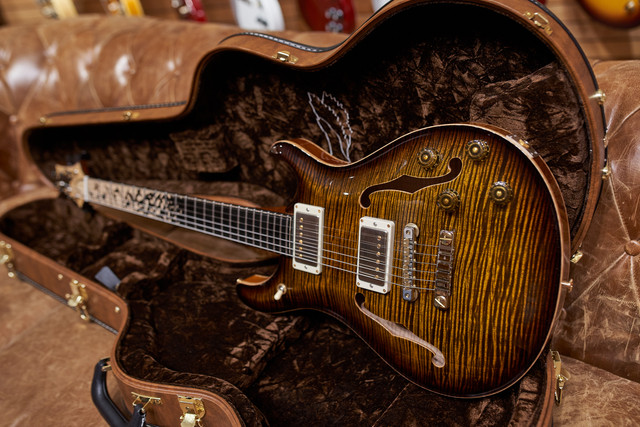 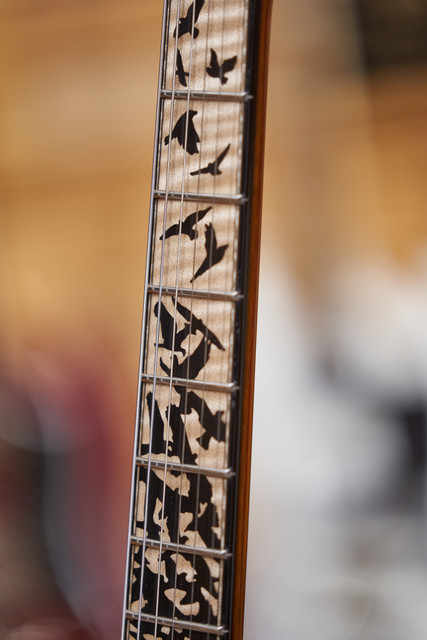 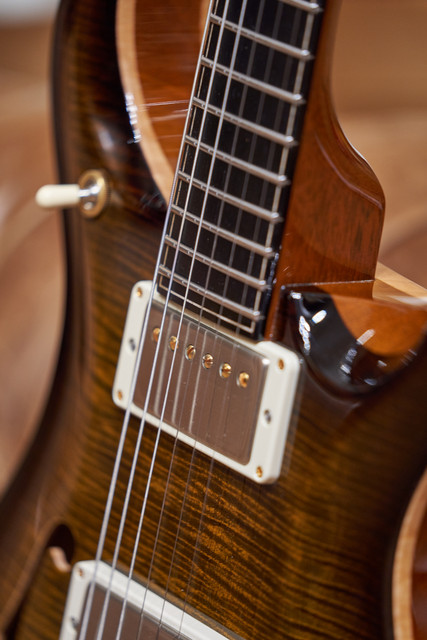 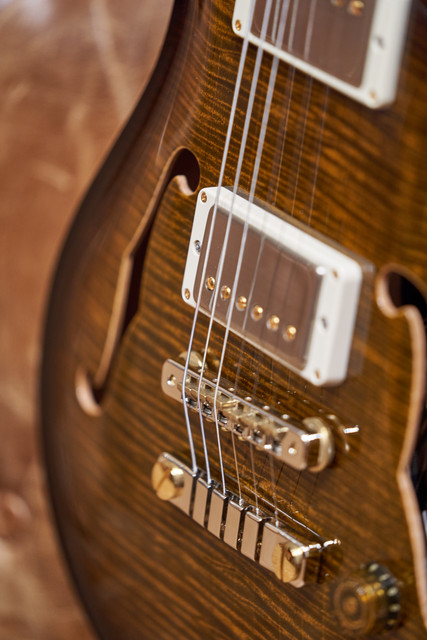 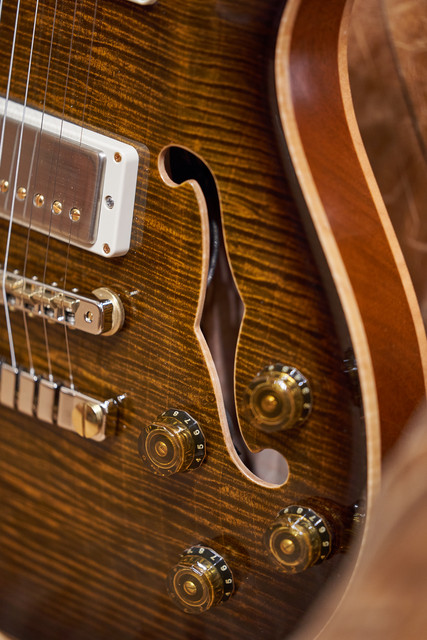 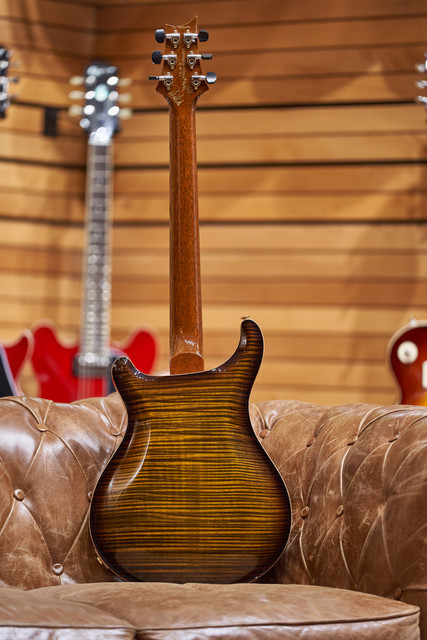 MrSuperstar said:
A photographer friend enjoyed taking some serious shots of my guitar, I suppose you will appreciate results.
Click to expand...

With a subject like this, the photos are obviously excellent

This is a killer. Love one piece tops (and backs)

Moondog Wily said:
I don't think I have heard anyone else say it, so if you ever have to part with this (I know, you never will, but if . . .), I will move mountains to acquire it from you at a fair price!! Love LOVE LOVE this Beauty, best PS 594 HBII I have seen!!!
Click to expand...

Thank you so much for your nice words on the instrument, I'm really glad everyone likes it!
I don't think I will ever sell it, I'm completely in love with it!

Congratulations! I hope it follows you everywhere for the rest of your life!

Thank you all guys.
I'm playing it really a lot and every time I don't play it, I still let it vibrate with a Tonerite.