MRS PLAID: So you checked out the guitar, yeah?

So *I* have to be the responsible one?

You all know how this ended 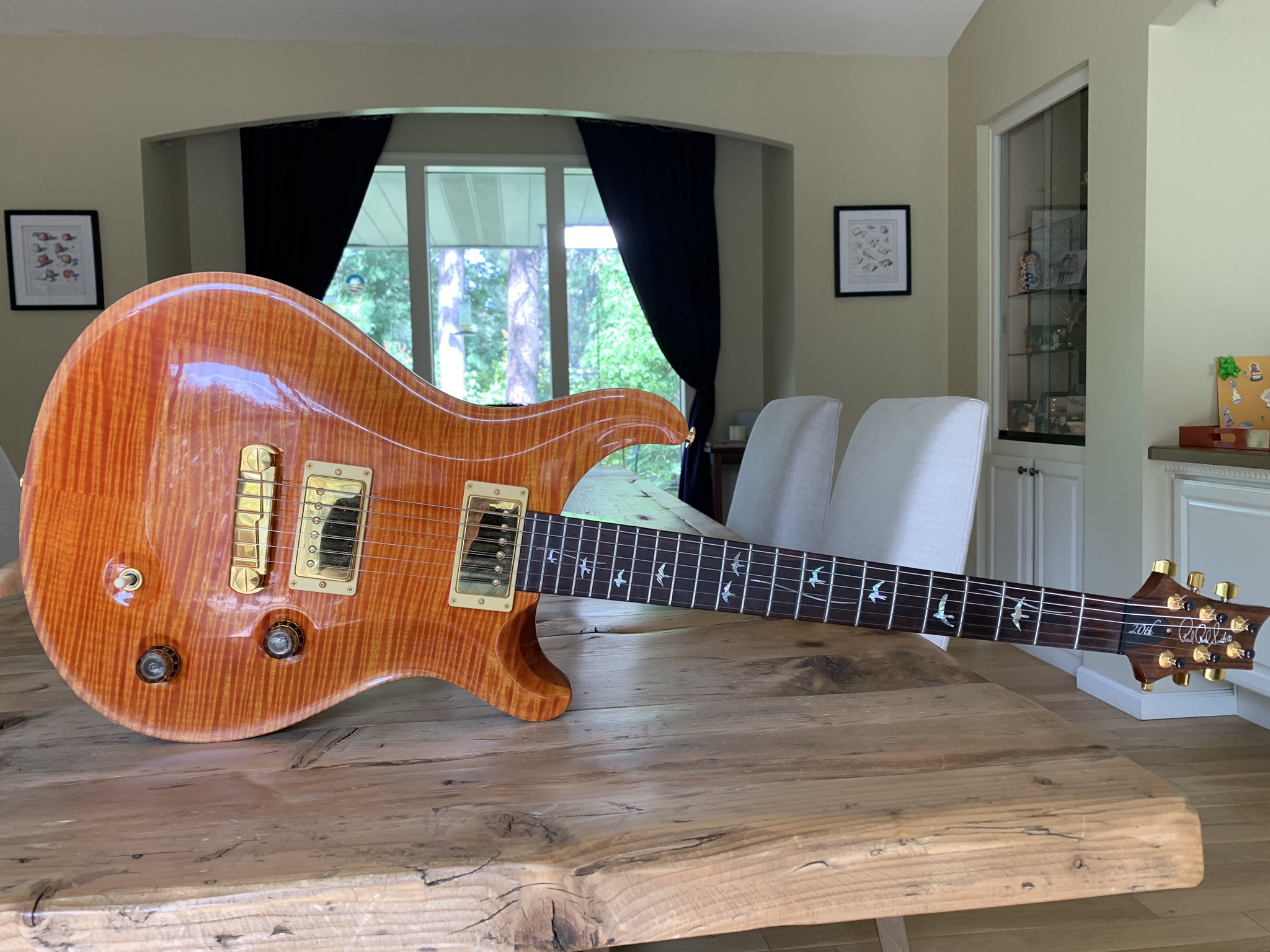 Even the back is a bit orange 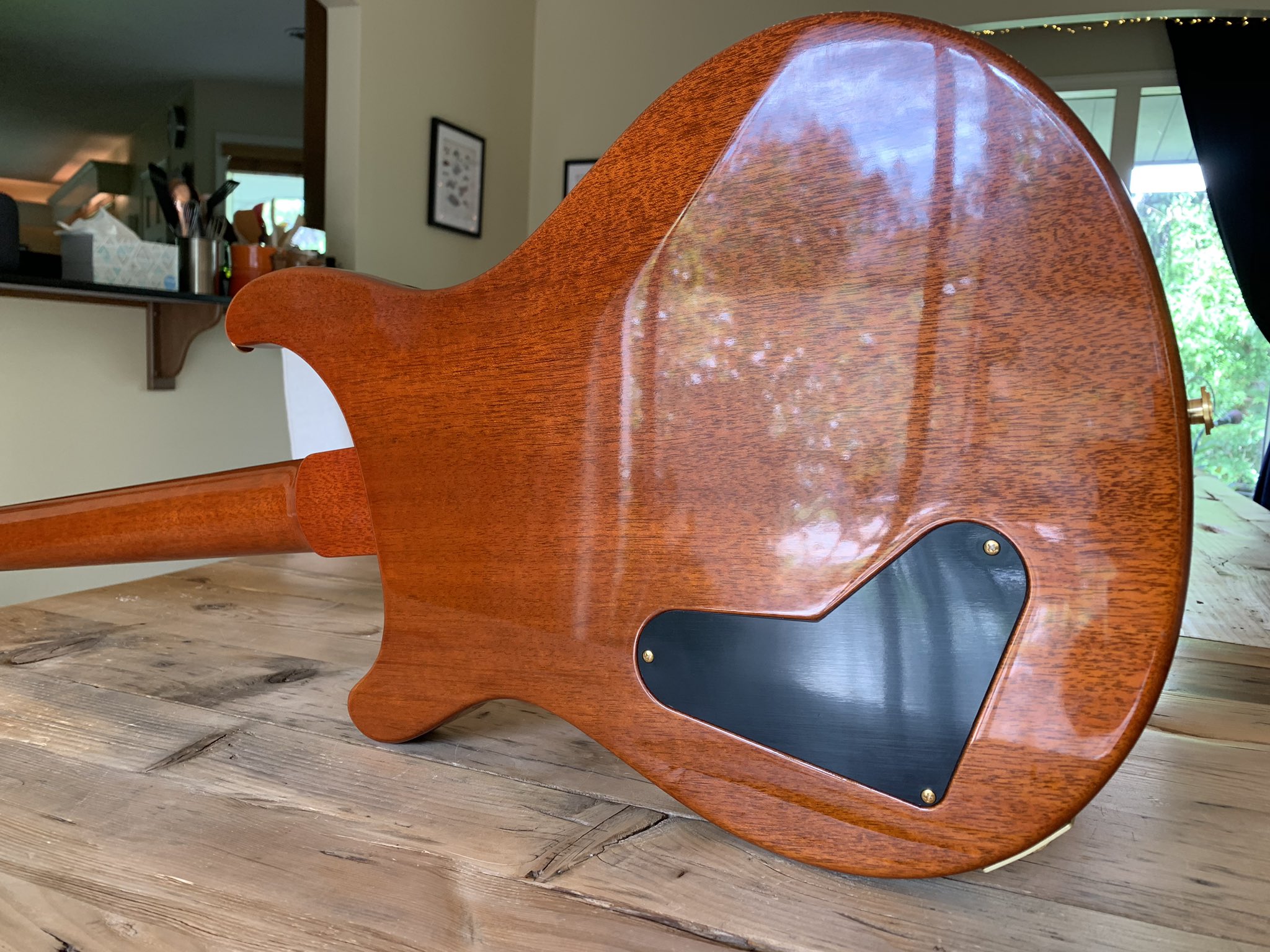 The BRW board has some time swirl in it. I also love the 20th anniversary inlay. 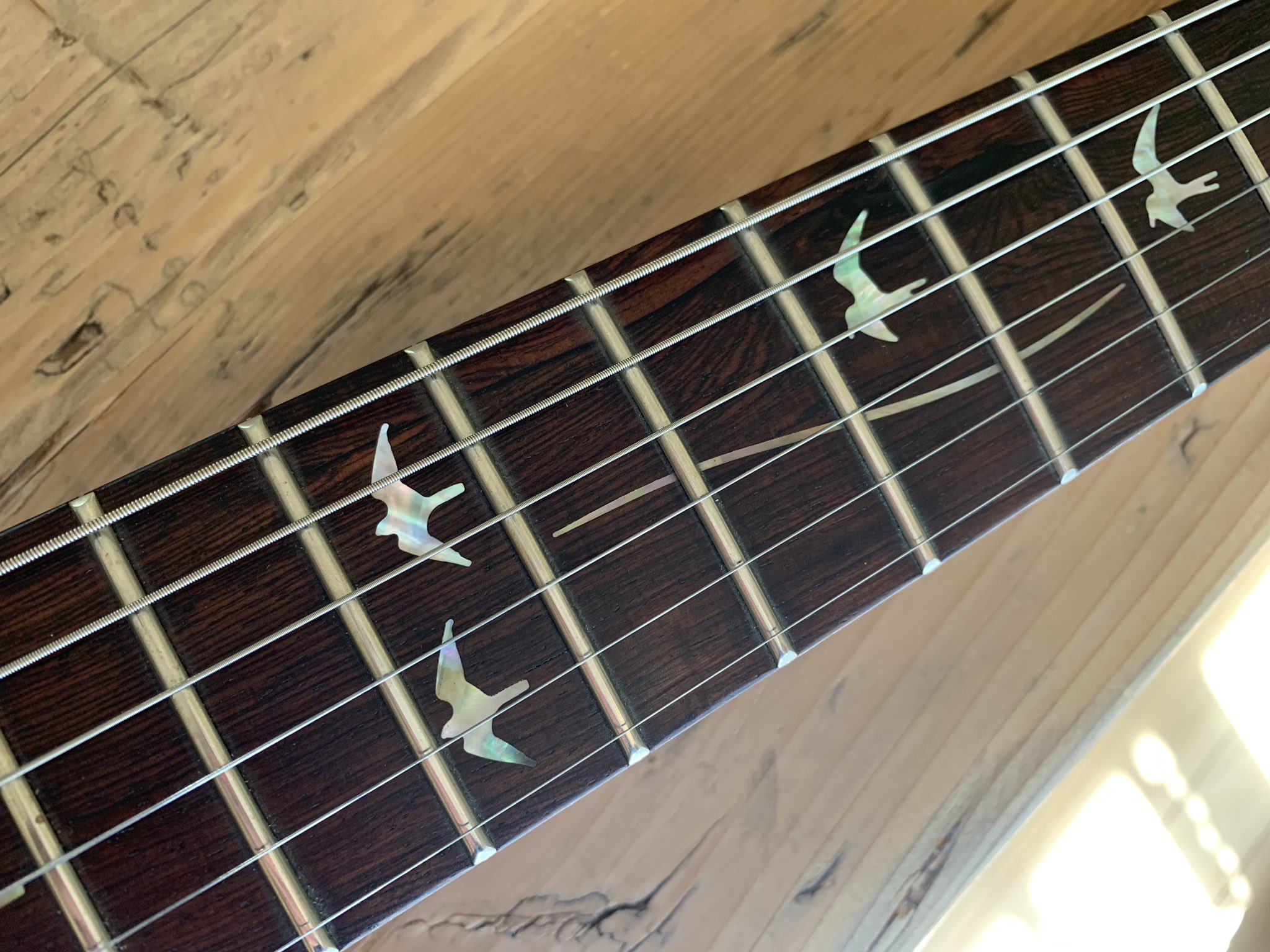 Tried to capture the ORANGE. As you all well know, these colors are tough to capture on camera. 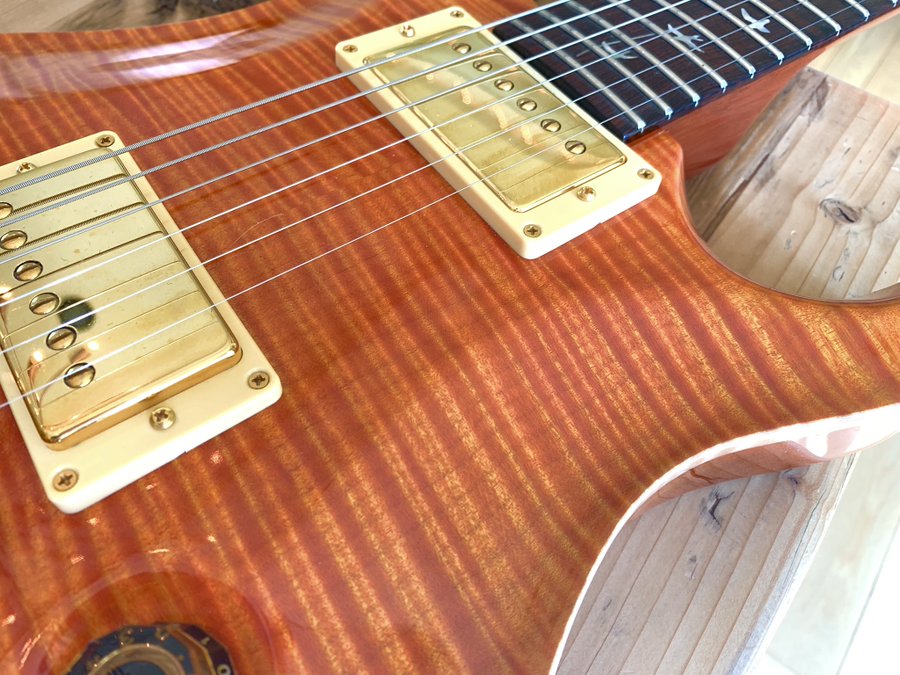 I might have to replace the tuners, Not a fan of the small keys, and I really like the phase III jobbers.
Also bonus image of the aforementioned new chandelier. 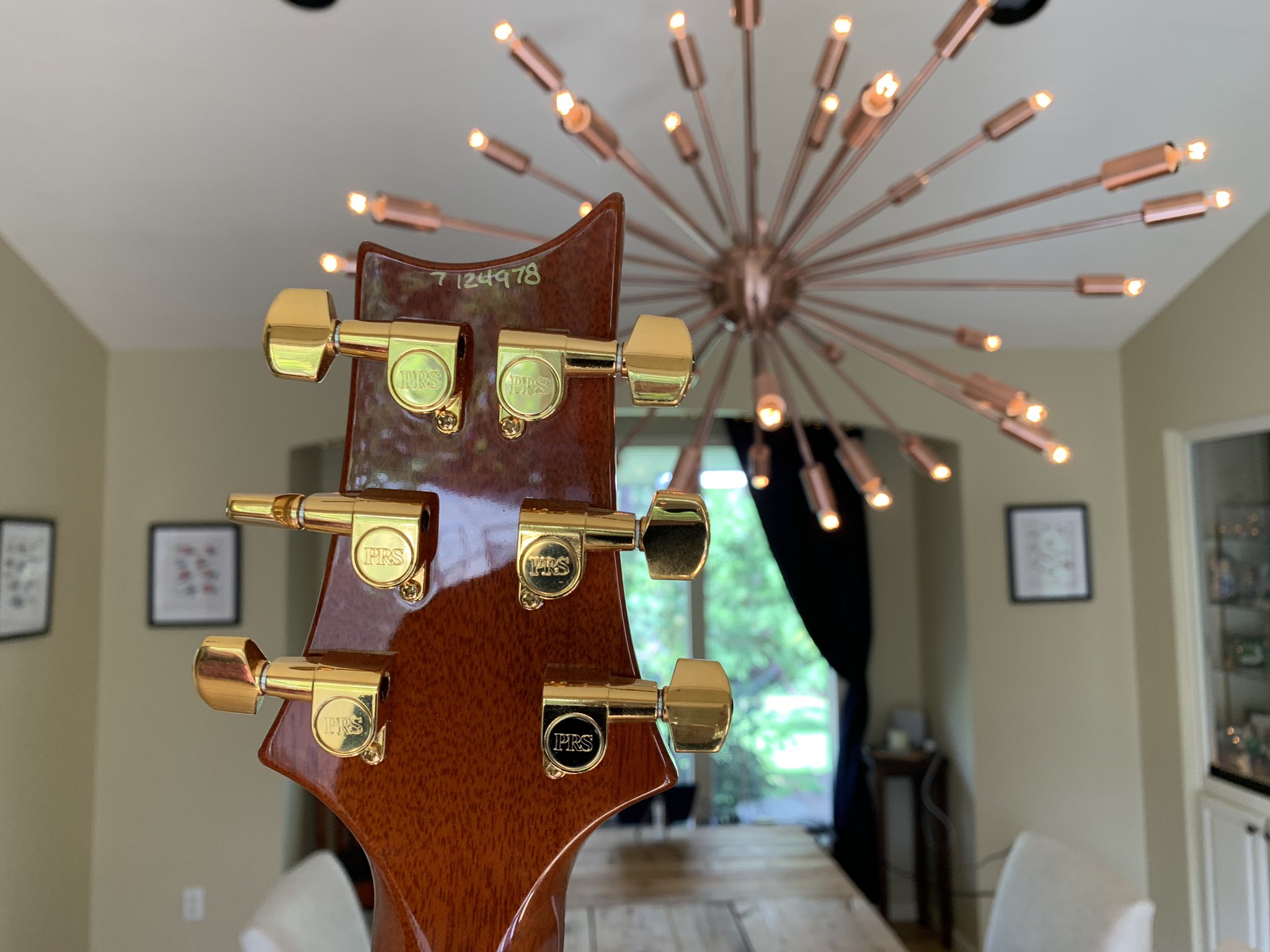 This is my first one with the inlay shell signature! 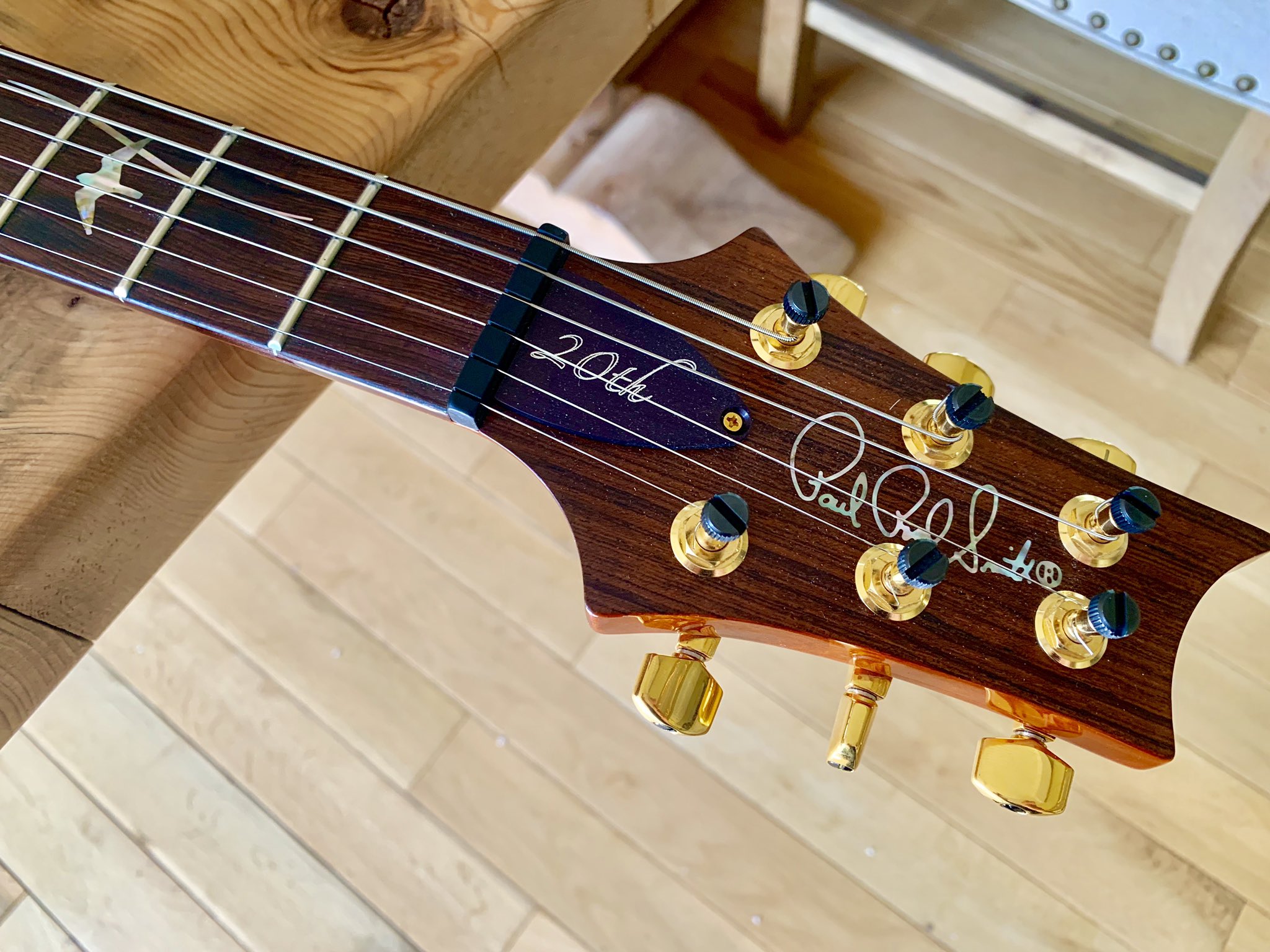 Congrats! I love the pronounced spider-webbing on the board. Overall looks fantastic!

Go Vols, I love me some Orange. Beautiful Guitar. Congratulations 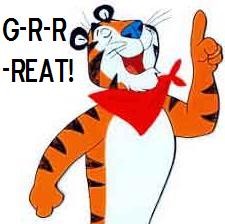 You done good!! You're completely right about the inlays, and PRS was putting out some very cool-looking BRW back then.

Also, the new chandelier looks like an exploding star in the best way.

Also, Mrs. Plaid has her head in the right place.

Now, about the Dragon IIs. Do they stay in there?

Herr Squid said:
Now, about the Dragon IIs. Do they stay in there?
Click to expand...

I'm really leaning toward some 57/08s, I have another guitar with them, and I really like the sound of it. Tho is likely not just up the the pups.

Looks great! The back looks like vintage orange, one of the original core Mira colors. You probably need a matching Orange amp now.

Not falling for the banana in the tailpipe

We have a very similar chandelier. It was a ***** to assemble and a ***** to install. I never got a ice guitar out of the deal though.

This is the best kind of orange. The 20th anniversary guitars are just amazing.

I have a thing for pigeons hence the birds.