A few months back when the Experience MEV was released, I was unexpectedly struck by it. I really wasn’t a huge fan of the PS version, I thought the idea was cool but aesthetically I didn’t love it. But when I stumbled upon the first YouTube clip of the Experience version, I was really taken by it. So much that I actually commented on the video, something I almost never do. 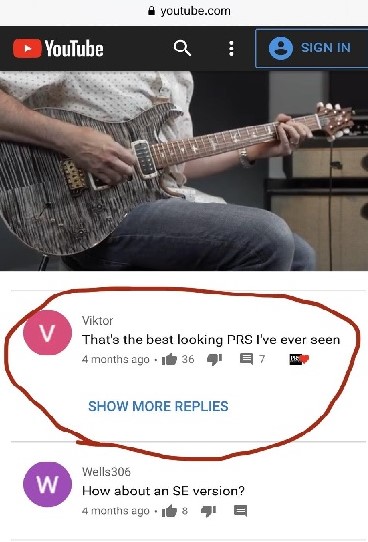 Anyway, since I already own a few very nice PRS guitars I tried to convince myself that I didn’t need another. Then I found this slightly used, and in absolutely spotless condition, at an... acceptable price and I just had to get it. 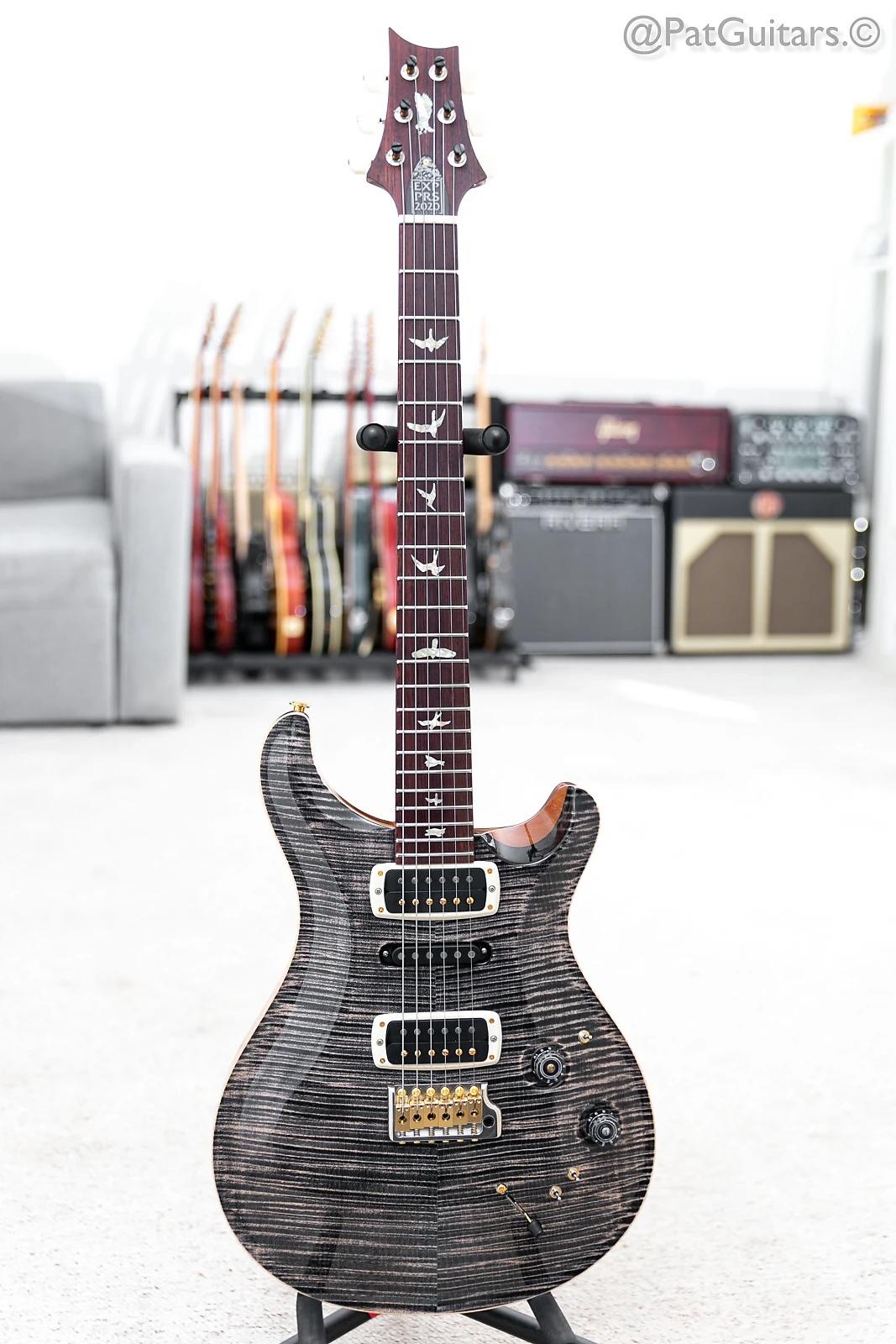 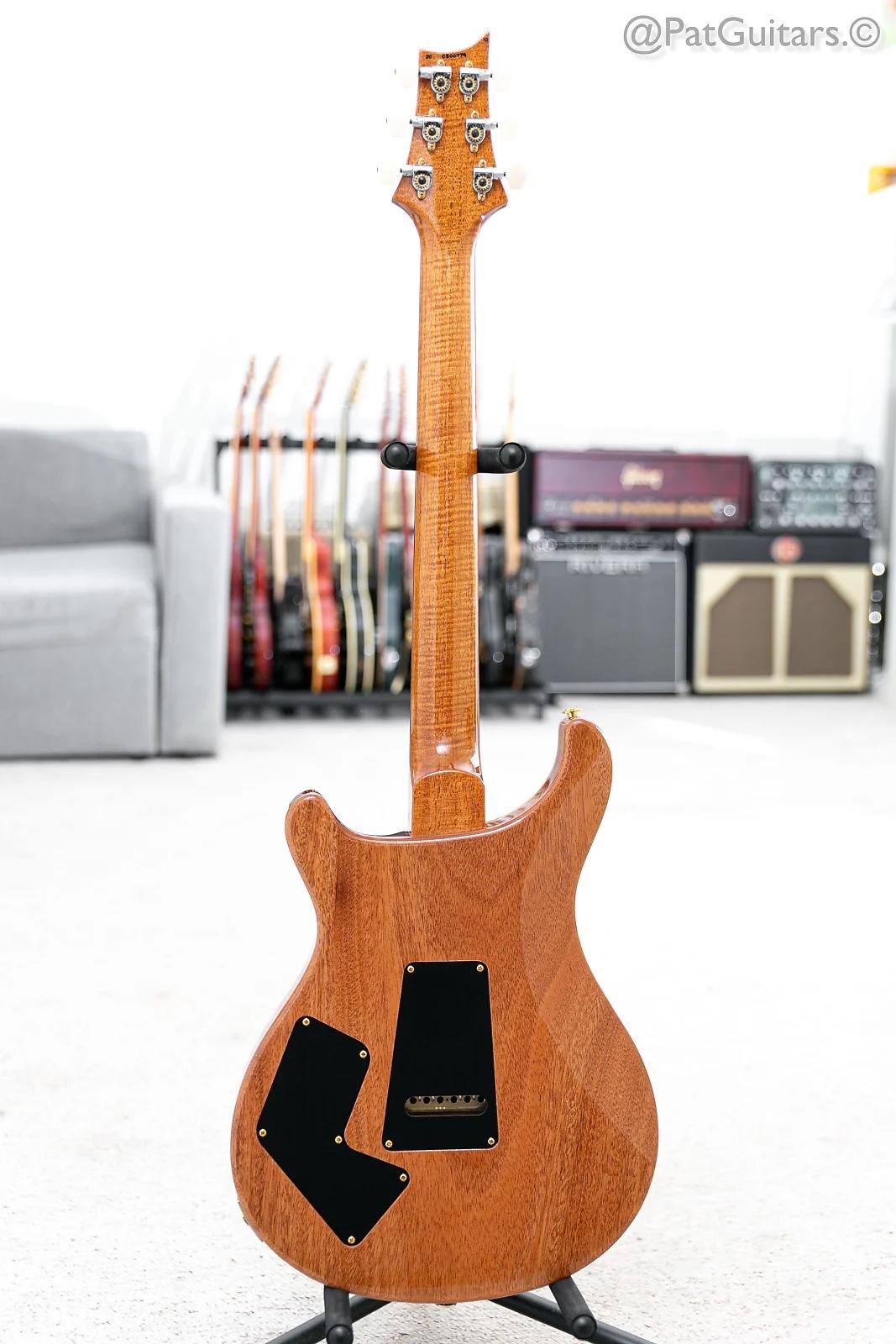 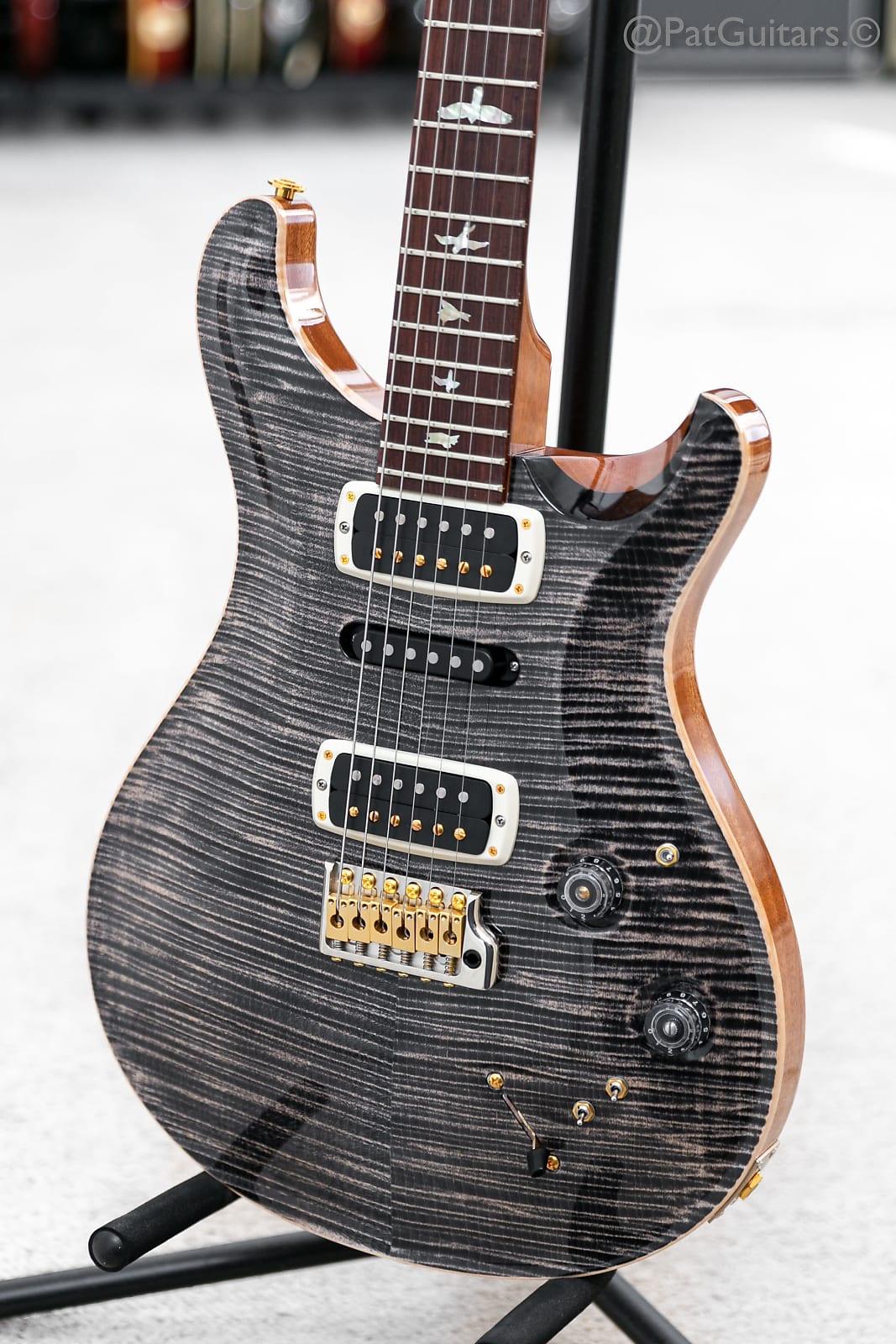 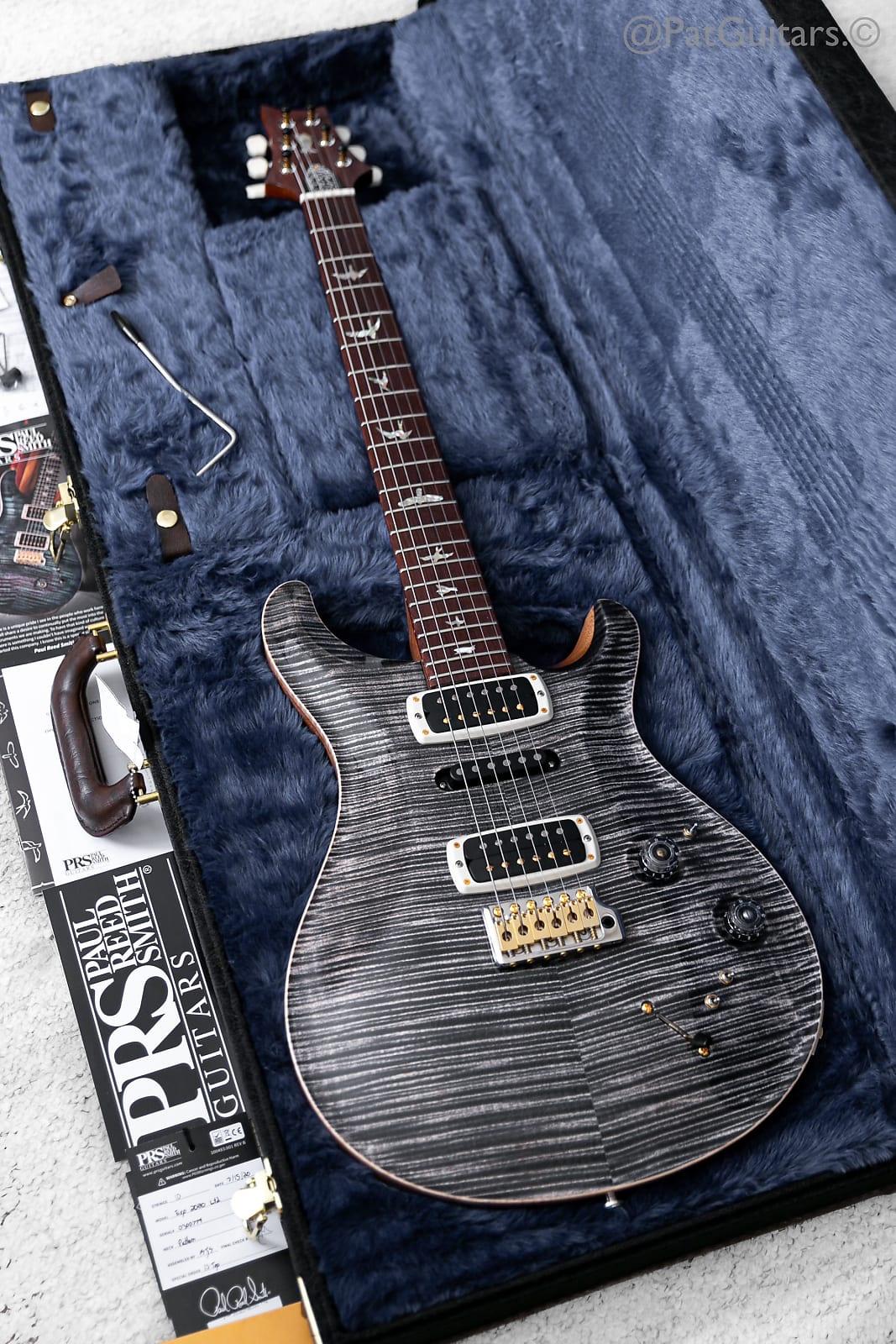 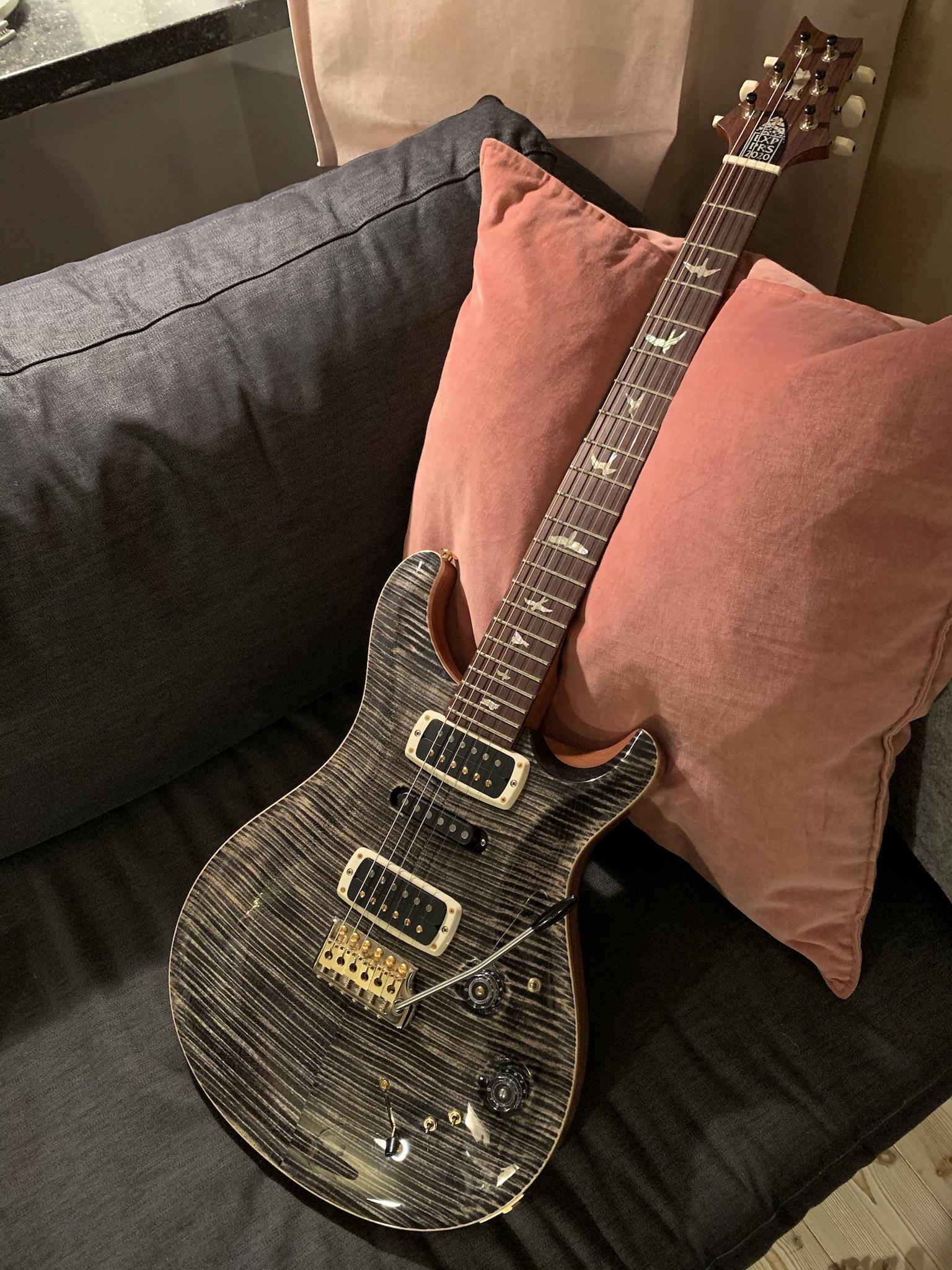 I’ve now had it for a couple of days and so far I love it. It’s actually an amazing guitar. Acoustically it’s very resonant and loud with a great pick attack. It feels smooth and a little bouncy or elastic to play, not stiff feeling at all. The electronics are as versatile as advertised. And to me it’s one of the best looking guitars I’ve seen. The top is perfect. The flame in the neck is so 3D it looks like my thumb is floating on top of it when playing. I love how the cold grey colors in the charcoal top and the nickel in the hybrid hardware contrasts against the warm colors of the mahogany back and neck, the reddish Honduran rosewood fretboard and the gold details.


The TCI pickups sound absolutely incredible as humbuckers. From clean to super high gain, they can handle anything and sound fantastic doing it. I’ve actually played a lot of metal on this guitar and it’s an awesome fast-palm-muting-riffing machine, which I was not expecting. They are fairly high output but extremely clear sounding and very dynamic, both clean and with a lot of gain, and you can hear every note in every chord even with extreme amounts of gain. They are as satisfying to play metal on as the \m/ pickups in my Cu24 and even better for metal (faster feeling in a way) than the 85/15 in my Fatback 24.

The single coil mode is good and very usable but, to me, it’s not as good as the humbucker mode. If you are expecting strat style sounds, you will be disappointed. This sounds different, it clearly has it’s own voice. I fairly often find the volume difference between the two settings to a little bit to big though and I kind of wish they would have done a coil tap instead of a coil split, like on the SSH 22 for example, to remedy that. But YMMV. I do want to point out though that it’s not difficult to get a very good single coil sound out of the guitar and sometimes it’s a good thing to have a slightly bigger volume difference between the settings.

The only thing on the guitar I’m not crazy about is the 500/250 kOhm switch. It’s extremely subtle and I’m not sure I would be able to pick out which is which in a blind test.

I also have Special Semi-Hollow 22 that, as a guitar, in a way does a similar thing but they are still very different both plugged in and acoustically. I think I can justify keeping both...

Killer review. I love mine, too. I find it to have a very articulate, balanced sound that suits my studio work perfectly.

Beautiful guitar.
I would have bought it too.
Enjoy.

It's as cool as it is beautiful. What a great buy!

May you have many years of enjoyment with it.

Congrats, I hope you create cool things and have fun with it!

Sweet as sweet Love my MEV, too. Yours looks awesome!

That's a killer guitar! An ME-V is definitely on my short list!

Beautiful MEV....congrats!
This model really is “all that and a bag of chips”.

Thanks guys!
Another great thing with the guitar is the placement of the middle pickup. It really is out of the way when picking, and I have a fairly heavy picking style usually. I often hit the Narrowfield pickup in the SSH 22 with my pick but that hasn't been a problem at all with the MEV.

Congrats, those MEVs are great.

Congrats. That is outstanding! That top is gorgeous.