NGD, aimed high for my first.

Made it out to Chuck Levin's yesterday. I tried the S2 Cu24 in pink crackle and it was a more than capable instrument. Easily on par with the Gibson Les Paul that was my previous number one. I liked the way the finish was textured.

Then I asked about the 30th Anniversary Core Cu24 still sitting around. It really was a jump from the S2. While the S2 was nice and light, the Core felt lighter still. According to the site, it's 6.8 pounds - a welcome contrast to my previous latest guitar clocking in over 10 pounds. The Core sounded more alive even with the over-four-year-old dead strings vs. the S2's fresh strings.

I realized I'd probably be pouring more money into the S2: black hardware and most likely the Metal pickups, if not sending it to the PTC for a Floyd. But I wouldn't change a thing about the Core model, so I stepped up to the Core model and didn't look back.

It took a little time to get used to the pickups. My amps at home were set up for a Les Paul with an X2N, and the 85/15 set doesn't hit the amp with a brick of mids like the X2N does. But more importantly, the highs are there, to be sculpted away by the tone knob if necessary. Rarely with full-size humbuckers have I used the tone knob (it goes straight to mud). The neck profile fits me very well, especially standing and slung pretty low. 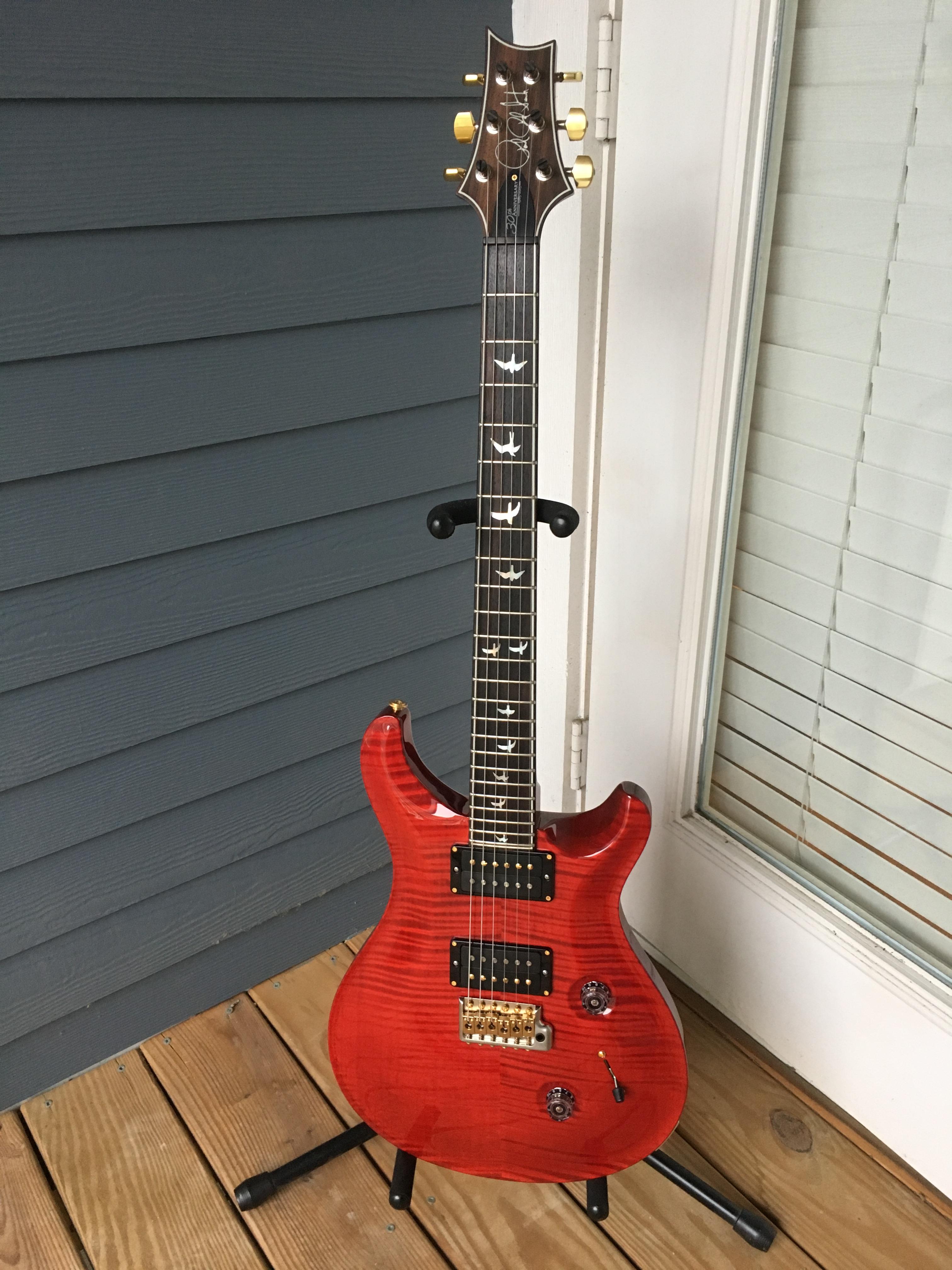 Congrats, I think you made the best choice, she's a beauty, and sounds like a player.

An X2N??!! That’s a pickup name I haven’t heard in a month of sundays. At one point, that was the the most powerful output pickup on the market, so it will be miles away from the control and clarity you’ll get out of the 85/15s. In fact, you may approach your amps differently getting the rest of your rig set to squeeze the best out of the CU24. It’ll be a fun adventure! Enjoy!

Great choice stepping up to the core, even though S2 are terrific too. You'll eventually get an S2 anyway ....

That's a great choice for your first one!

Way to dive into the deep end! Congrats!

An X2N in a Charvel was my choice years ago, real punchy. That’s a nice looking CU24.
B

There is a man who gets it! Congrats on a wise decision.