My first core model! I purchased an SE one time, had to send it back, it was a dog among other things (shipping damage). So other than owning that “se standard 24” for a day, this is my only PRS.

Initially I wanted a DGT (big neck, big frets!) but didn’t want a 25” scale. I’m a les Paul guy, and that’s where I feel “at home” on a guitar. Even the .25” increase in scale is enough to mess with my psyche)

So then I was pretty much 100% set on a McCarty 594 (single or double cut). There were only a few available new. All dark backs. Plus they don’t have the large frets, or a trem, which I thought was a cool feature on the dgt.

Then I saw this Santana on samash’s website. I wasn’t familiar with the specs. It checked all the boxes: fat neck, big ol’ frets, 24.5” scale, trem, not a dark back, my wife loves it because it “has the owl” (24 frets). Binding on the neck is a nice touch. The decrease in scale is no issue. And the fact that it has this huge neck, but not as wide as a les Paul at the nut, makes it VERY comfy. Headstock shape is awesome.

Im impressed by the core PRS tuners and trem. Super nice. The pole pieces even came adjusted on the pickups to match the radius of the strings. The fit, finish and quality are right up there with my MusicMan BFR stuff. Top of the heap.

The Santana overall is a smaller guitar. If I had to describe it simply, I’d say i basically the most high-end version of a les Paul junior/special you can get. 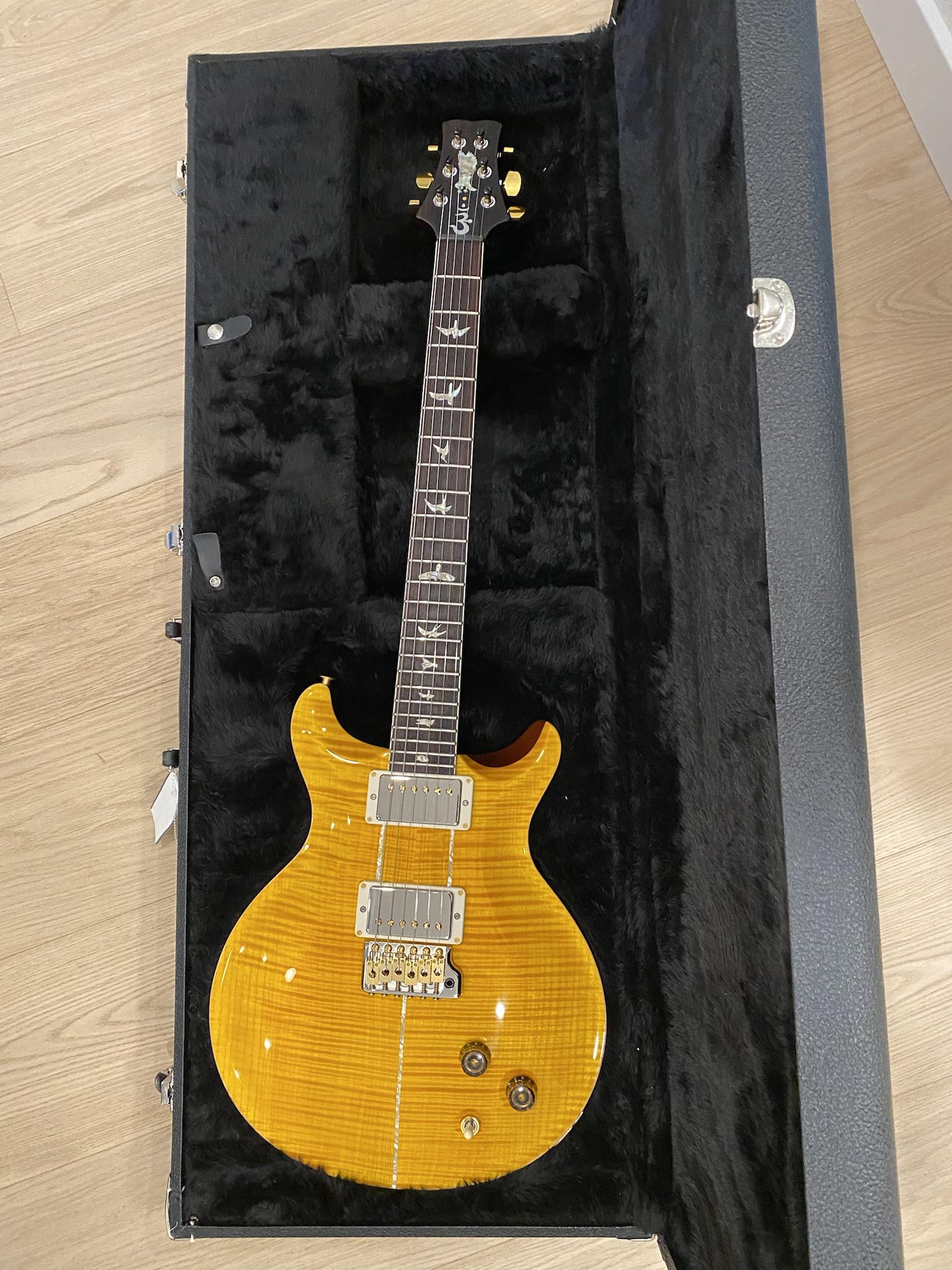 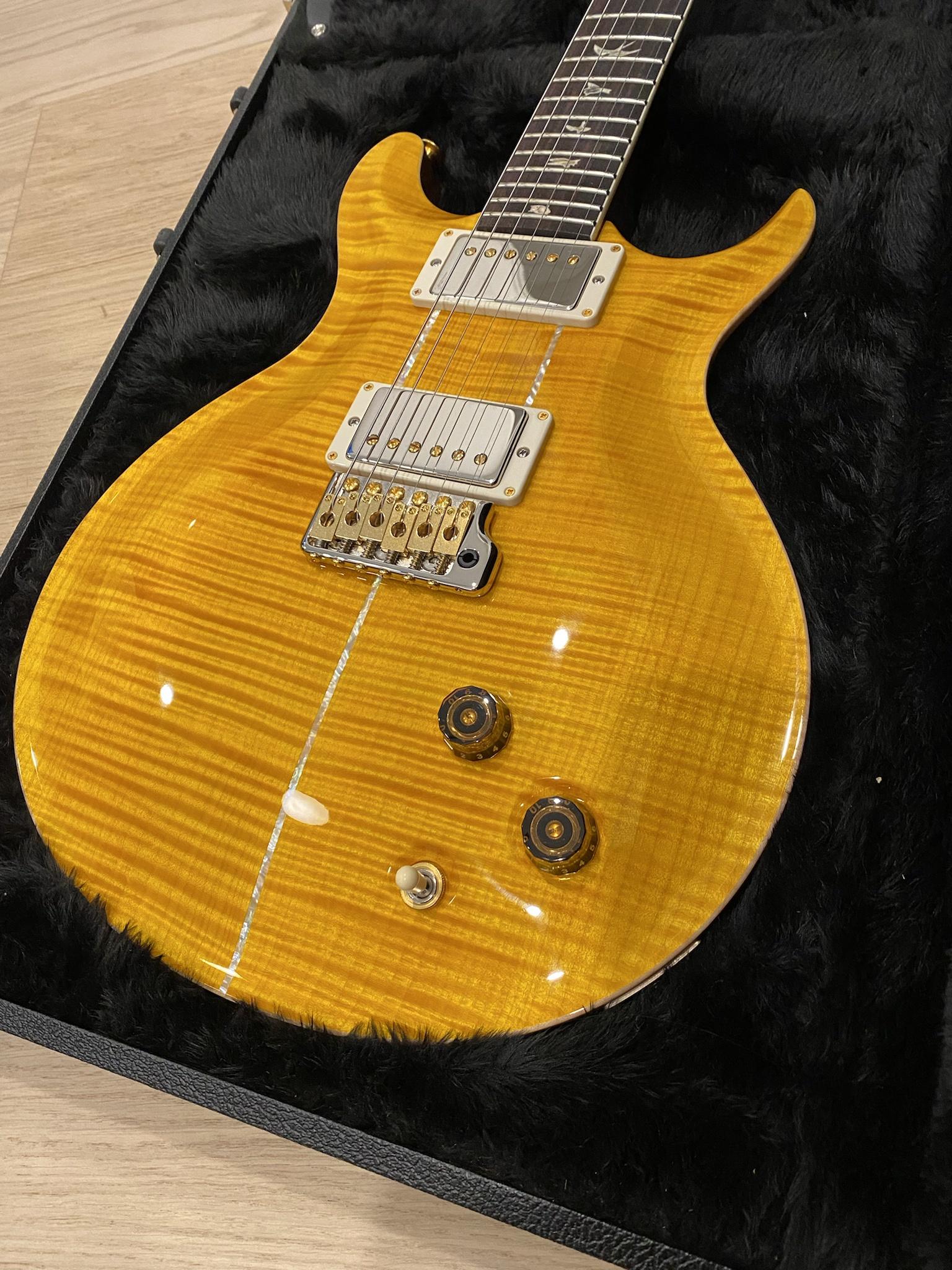 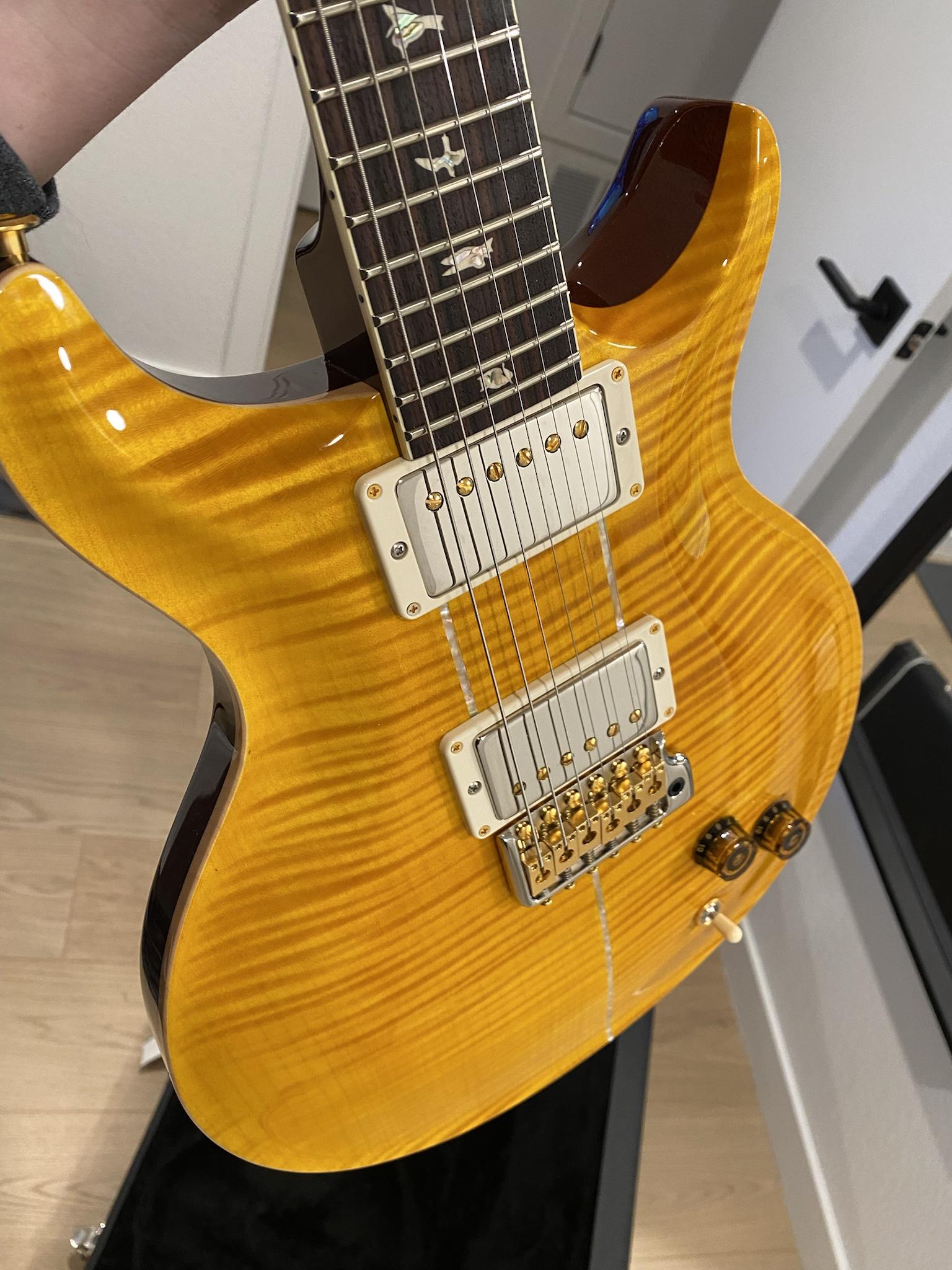 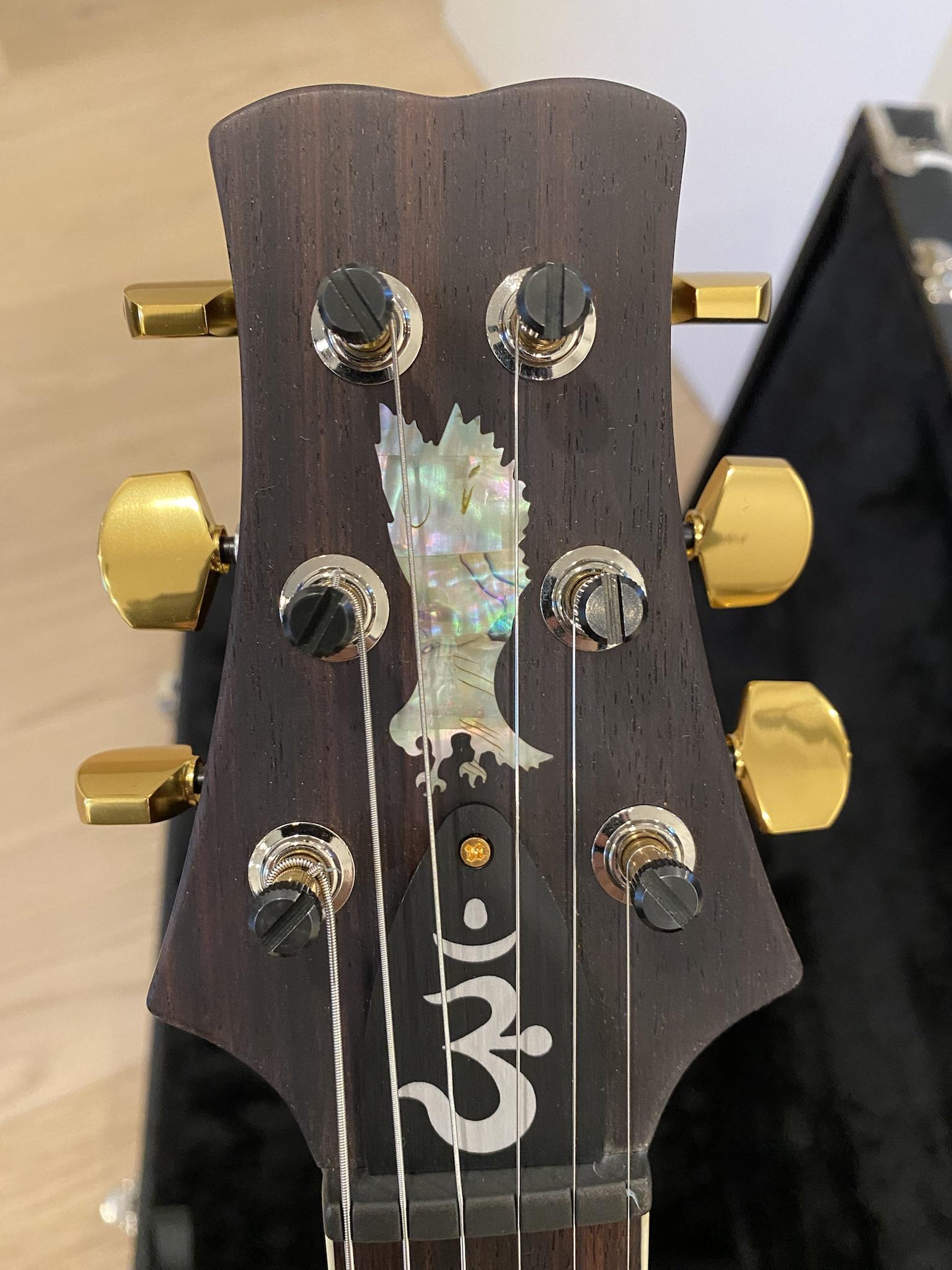 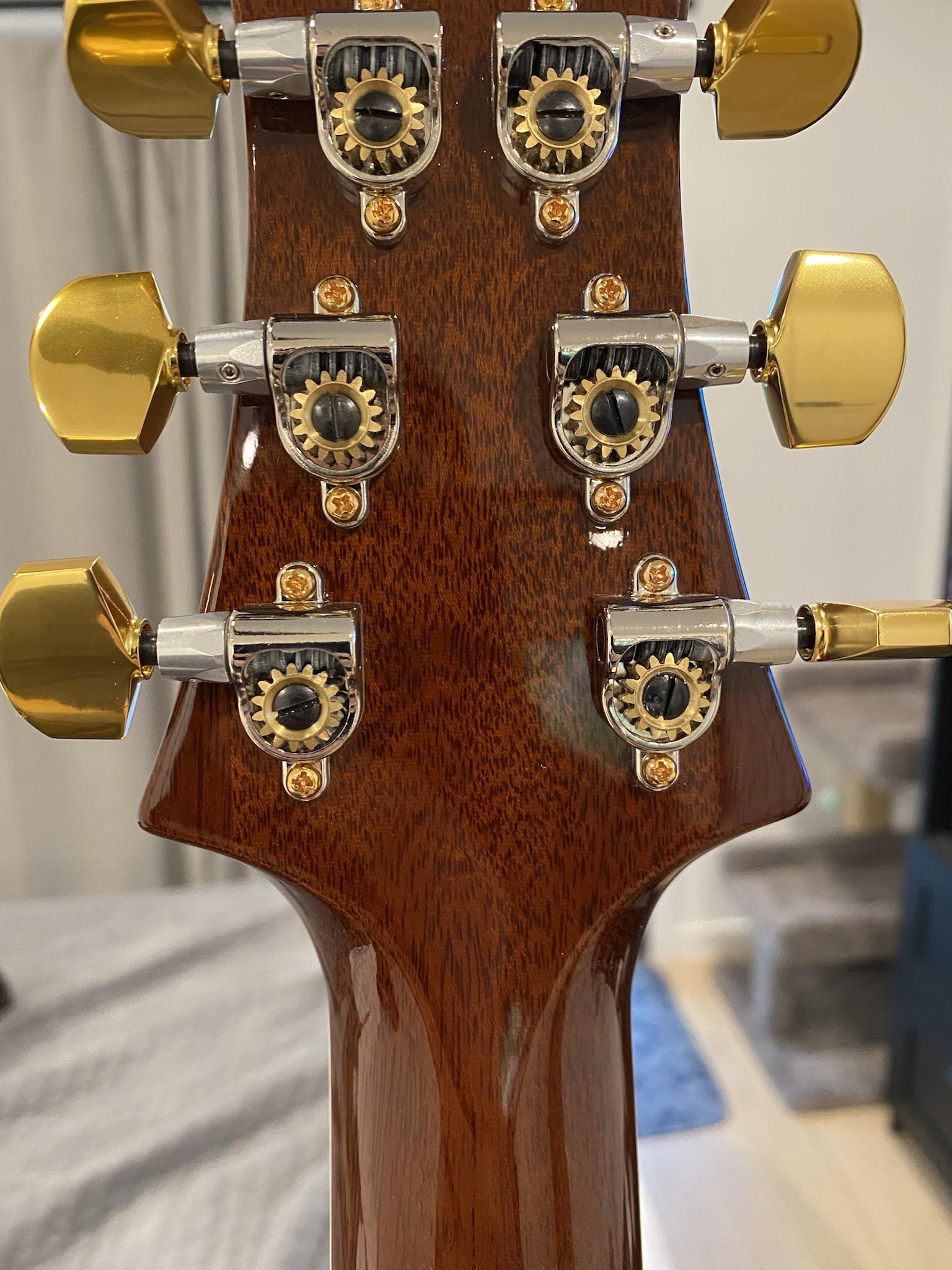 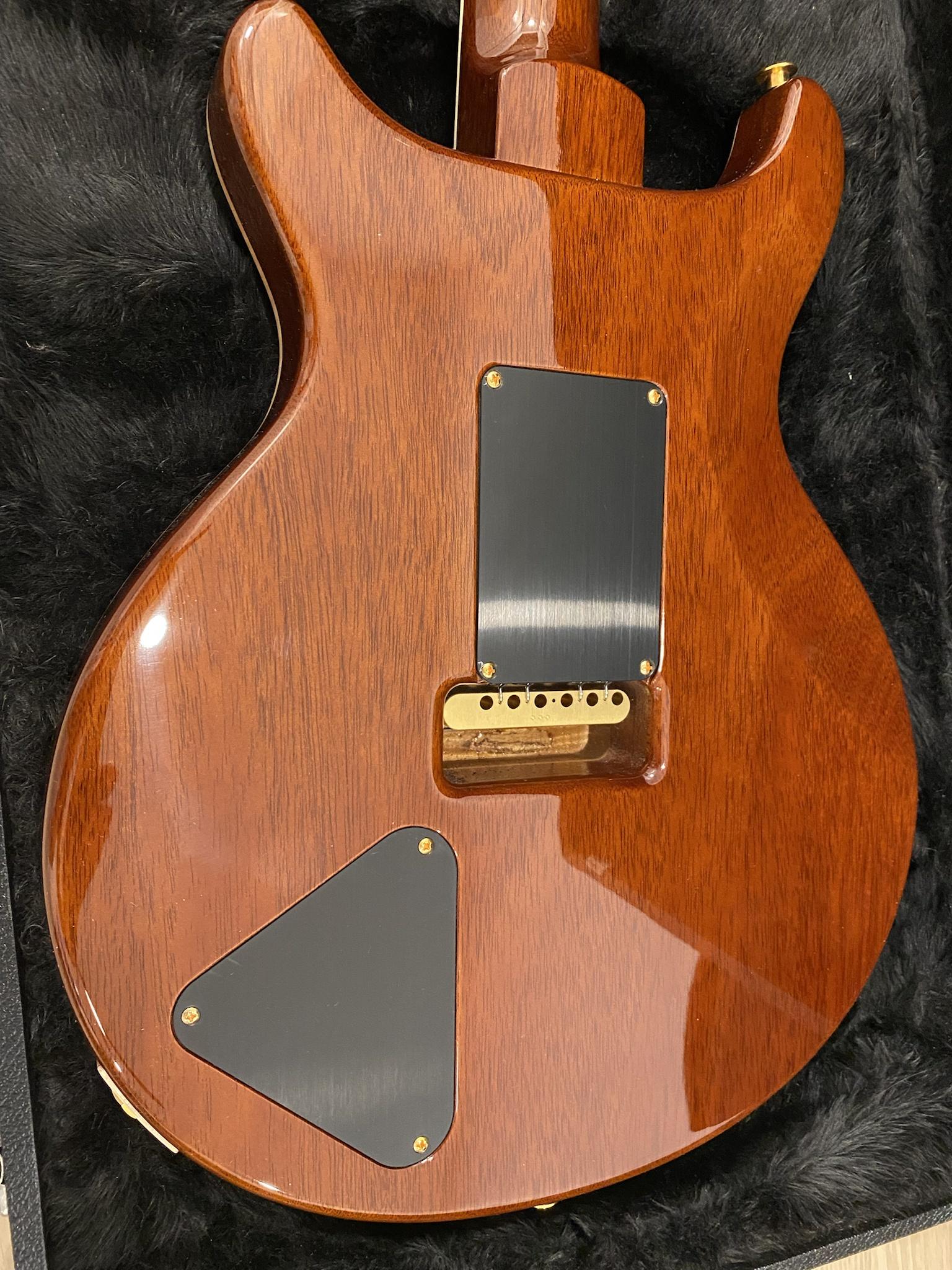 A Santana is ALWAYS the right answer. Also, my favorite PRS model/shape. Congrats on a killer guitar.

That'll do! Congrats it's gorgeous!

Great top and color on that one.
Congrats!

Freaking love it! It's the right guitar, in the right color. ("Right" for what you may ask? Anything.)

A Dentist for the Lawyers

What a great grab!

ShaaaaWiiing! Nice grab!! Be prepared to fall head over heals in love and justify that you will need more from PRS!!! Congrats and happy Holidays!!!!

One and done. All other guitars are trash.

Santana for the win! Congrats

Sweet guitar! And you’re immediately in a friends group here! Lol
A

A classic beauty if there ever was one. And you'll soon learn what a surprisingly versatile beauty it is, with the latitude to go seamlessly from a whisper to a cannon and sound great throughout the range, in a way that no LP I've ever played could match.