She's 50 watts, she's paisley, and my wife wasn't very happy to find out about her.

Picked her up, or should I say rescued her, used in mint condition from... that place (you know the place). Every once in a while they get a piece of used gear in that's actually worth a hoot. I haven't had a chance to try one yet - in the store, it was hooked up to an Orange 2x12 in the "Platinum Room" (a triangular shaped closet with plexiglass walls that Les could use as subject matter for a thesis on exponential bass reinforcement), and to be honest, sounded awful! But I decided that a noisy sales floor and their glittery gear closet is no place to judge an amp, so I said the heck with it and whipped out the plastic.

So far it compares very favorably to my SE amp. I can feel the DNA lineage in the voicing, and the SE is still a very good amp, but this just has the tonal refinement one would expect from a better piece of gear. Ultra sweet top end, and a velvet overdrive character, this amp is so vocal! I can see why John Mayer and Derek Trucks have gotten into PRS amps. Better tuned bass as well. The clean channel is a very "F" style voicing, with articulation and a tight bottom. Not much gain at all, which was a big change from the rhythm channel of the SE, and I like it. The lead channel has that Santana, oboe like midrange vibe. Also much less gain here, still a lot at max, but useable throughout the range. Set lower, it can mimic a single channel, volume knob riding affair. LOTS more volume than my SE30 too, which surprised me, I expected it to have marginally more but not much. The SE had a sweet spot between 11:00 and 3:00, it had more volume available but the tone started to get bloated. The added presence knob on the Custom helps keep the amp barking when it's roaring.

I don't see why people say this amp is so generic sounding, it's really sweet! I also wanted to try an Archon... I still do, but I think this was the better choice for me right now. I can throw a pedal on the clean channel and get a tight, ripping metal tone if I want to, but if I'd gone the other way, I think a pedal would have a hard time touching the lead channel of this amp.

Even through my SE 2x12, I'm very impressed. Thinking about building a 2x12 vertical with a slant top and putting in the V30's I picked up a while back, to get closer to the PRS spec, along with some nice upward projection for gigs.

Congrats on a nice acquisition. Custom 50 is my PRS amp of choice. I have an Archon, but I like my Custom 50 more.

Sounds fantastic! I love it. And of course, we need to see the obligatory pics...

Congrats Andy! That's a great amp for sure!

Congrats on the new amp, and thanks for the description! This makes me feel even better about the idea that I may be bringing a 2 Channel Custom home from Experience.

And to echo Les, pics or it didn't happen!

Sweet! What the hell kinda thread is this with no pics??? Who do you take us for?

vchizzle said:
Sweet! What the hell kinda thread is this with no pics??? Who do you take us for?
Click to expand...

Sorry boys, I should know better! It'll be worth the wait though, I've got something very special on the way to join her...

andy474x said:
Sorry boys, I should know better! It'll be worth the wait though, I've got something very special on the way to join her...
Click to expand...

Oh yeah!! Bet your wife isn't going to be happy about this either. Might as well strike while the iron's hot though.

bodia said:
Oh yeah!! Bet your wife isn't going to be happy about this either. Might as well strike while the iron's hot though.
Click to expand...

Actually, she won't be upset about this one at all! Whatever could it be???

andy474x said:
Actually, she won't be upset about this one at all! Whatever could it be???
Click to expand...

Sweet! A NGD to go along with NAD perhaps?

andy474x said:
Actually, she won't be upset about this one at all! Whatever could it be???
Click to expand...

It could be a sport coat. That might make her laugh to hard to be upset.

Ok fellas, as promised, here she is: 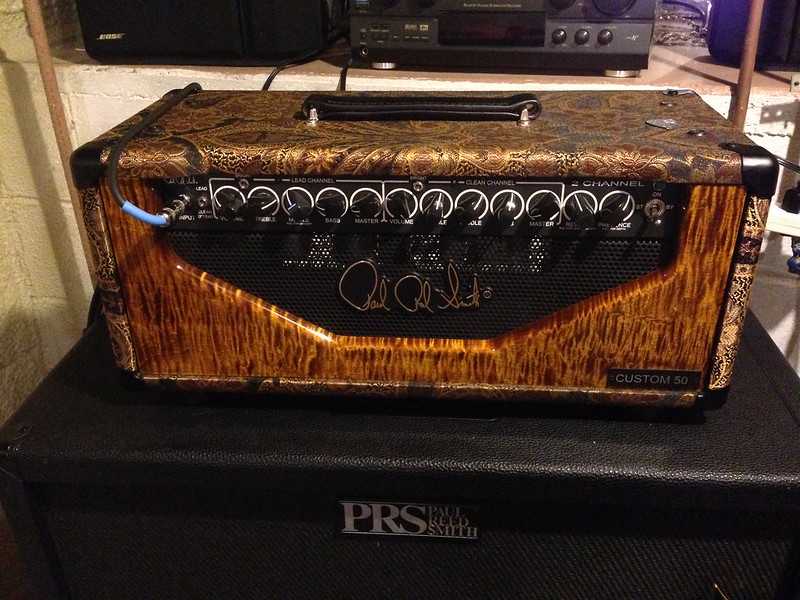 And, we have a visitor this week! 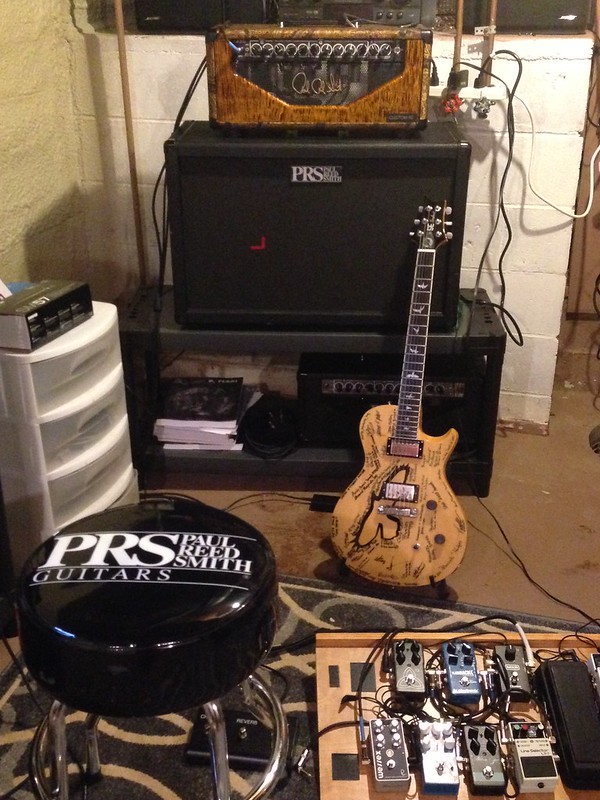 Sweet. Love the head.
And the forum guitar has a lot more signatures than when I last saw it - looking good.

Nice! I gotta admire the stool, too...

LOVE the head! Very nice. Glad to see the Forum guitar made it safe and sound. Be careful with that guy. He's trouble. He'll drink all your booze, leave you in the dust, and try to steal your wife!