with cucumber I hope!

Man, all this beer talk and I can't really join in.

Oh well, for reference if anyone is ever in Australia (or even better, Tasmania...)

-Little Creatures Bright - light, slightly sweet/fruity (slightly), the kind of beer you can drink all night and not get sick of.
-James Squire Pale Ale - another lighter beer, a little bit fruity and not as hoppy and big as most pale ales, refreshing, another all night beer
-James Squire everything else - give them all a shot, I'm partial to the IPA and Golden Ale
-Victoria Bitter (VB) - I'd rather drink warm cats urine
-Matilda Bay Fat Yak Pale Ale - similar to the Squire Pale but bigger and punchier, tends to fill me up a bit though
-Crown Lager - don't bother. Local legend is it's just the top scrapings from the VB vat.
-Coopers - good beers, especially the stout. Try them too!

-Cascade Lager - choice beer in the 80s, made a come back early 2000s, just a really good standard lager
-Boags XXX - an under rated beer, doesn't taste horrible when it gets a little bit warm, nice amount of hop
-Cascade Pale Ale - my standard fridge filler, funny story with this one, they changed the bottle size from 375 to 345ml and tried to capture the 'boutique market' (and charge the same for it). Tasmanian sales dropped massively since we actively boycotted it, Cascade changed back to 375ml and all was normal. Great beer, not fruity like the other pales I mentioned.
-Cascade/Boags Premium - Boags is the pick, but there's better for cheaper

-Moo Brew - started by a professional gambler who built a 200 million dollar museum that's sex and death themed, doesn't charge locals entry and holds a mostly free music & arts festival every year. Yep. All their beers are really good, the limited stout is apparently amazing (at $30 a BOTTLE it should be) but I'm yet to try it.
-Two Metre Tall - they grow the ingredients for their beers, which are fantastic. They do vary a little from bottle to bottle, I had the Derwent Spelt and Heritage Hop Ale the other night and it was great.

Hmm might ride home and drink some beer now, all this typing has made me thirsty!

The two that I've been enjoying recently.

Right now, Yuengling is consistently the best beer I've ever had. The problem? I can't buy it in Colorado.

That's kinda spooky, considering how different those two beers are from each other, and that those are my favs, too. When fresh and on tap, Yuengling is absolutely tops. In fact, I will be picking up a few cases when I pick up a buddy at the Cincinnati airport for Memorial Day weekend. Can't get the stuff in Indy, either. A 3 hour round trip well spent.

In no particular order:

I went to the Baltimore Lithuanian Festival yesterday and tried some of the local brews.

The blue label is the better of the two, but both are pretty good. I saved the bottles to refill during my next home brewing session.

The photo of the white-labeled bottle is quite creative.

Hans said:
The photo of the white-labeled bottle is quite creative.
Click to expand...

I'm starting to think most countries don't export their best beers. This is certainly the case in Canada.
When I'm out I usually order the darkest beer on tap.
At home amongst the experiments I usually have some combination of Amsterdams (most often Nut Brown Ale), Mill St or Guiness with the funny thing in the can that makes it pour a proper head.

Shawn, Shiner Bock is available in MD. I'll bring you a 6 to EXP. Or more if you're so inclined. Just let me know.

mad monk said:
Shawn, Shiner Bock is available in MD. I'll bring you a 6 to EXP. Or more if you're so inclined. Just let me know.
Click to expand...

That is very generous of you. I'm sure we can find 4 friends to share a beer with us!
L

BEER, BEER, BEER - isn't there a song about that? I'm sure it was accompanied on a PRS!
But, I thought y'all were talking about GOOD BEER. On that, when you come to Richmond, VA to play that PRS, you will be privledged to be able to obtain Legend's. You'll never leave - yea, PRS and Legend's - they're both that good.

This is a public service announcement - I'm trying to help my fellow PRS players. Others aren't worthy.

justmund said:
Man, all this beer talk and I can't really join in.
Click to expand...

I lied, work are sending me to the US for a week. Looking forward to sampling all of the above!

I tried the Evo Primal Pale Ale this weekend. Its fairly hoppy yet well balanced. Crisp and tasty, perfect for summer.

OK, it's about time I hop into this thread. Since moving to Portland, OR metro back in 1980 I've had a front row seat while watching the micro brewery industry grow and transform. They say that Portland has more brew pubs per capita than anywhere else in the US. At one point, years ago, I was doing computer/network consulting for Widmer Brewery and was there to see firsthand their installation of the first bottling plant. Way more high tech than I could have thought possible. Over the years I've become quite the beer lover (some might even say beer snob), but over the last 5 years or so my preference is very heavy with IPA. I frequent a couple of different bottle shops along with several pubs that always have rotating taps, and we are talking a LOT of taps. Over 50 in one case. IPAs have such a variety that you can always find something new and tasty, but there are a few out there that don't work for me. My favorites include the following: 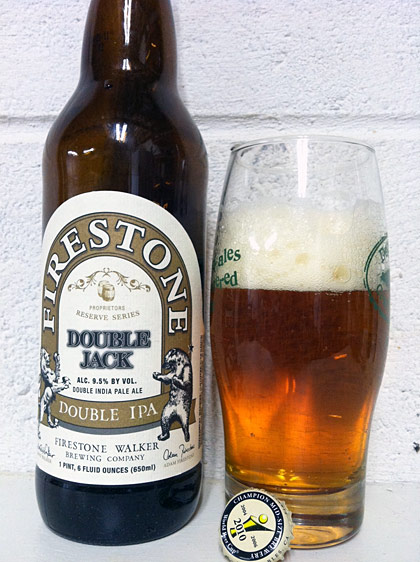 I could go on and on, but there's not enough bandwidth available for all of them. If you have a Smartphone, check out the app called Untappd (weird spelling included). Fun app to track and rate beers that you try. I started using it in January and have tapped 84 unique beers since then. Makes drinking even more fun. The best part is that my fiance (ex-wine drinker) loves sampling beer with me, going to beer fests, etc. Makes my life even better. And she likes it when I play guitar too, should have married her instead of that other one.

One last pic, this might give you an idea of how I feel about Hops. I suppose you could say Hops are in my blood.

I am a lager man, mostly our national drink, tennants lager! Its nothing special but I like it.
I have some loch fyne ales to try after doing a job for them. Il post some pictures of the crate they have me, top people!

Thanks for the info prshb2, I'm going to check out untappd!

Ps- I noticed your tatt in the other thread. Very nice

One of my favs is this: