Hi PRS Folks!!! Long time PRS user but new to this forum. I am a devoted Santana III guitar user. My main Santana III is a 2000 dark turquoise model. It played fantastic the first day it arrived and I have not touched a screw on it since. For a backup I have a Korina wood Santana model that I bought used. It did not have the original pickups in it, but I found another set of Santana III pickups for it. Much lighter guitar and therefore it sounds a bit brighter. I am very much in the Santana/Bob Marley school of music and I also introduce Native American theme in our original music (I am a member of the Northern Cheyenne Tribe). If you are interested here is a youtube video of our title cut to our last album "Hostiles & Renegades".

I play mainly through a Mesa Mark IIC+ with EVM 12 speaker cabs. I hope you enjoy our video and I am looking forward to sharing information and good conversation.

Hi there guys just thought i'd say hi. Got my first PRS last saturday and i'm over the moon with it! 2004 Tremonti SE with EMG 81/85 pickups. couldn't be happier with it!

Welcome aboard Gary and Rowan!
2

Hello forum......Roger here. I live in the small town of Gassville, Arkansas. My interest in PRS guitars started in 1998. I have always wanted to have a guitar that could cover a multitude of tones and the PRS seemed to fit that position. I bought a Whale Blue Custom (before they were called a Custom 24), and never really bonded with the guitar. I eventually sold it and moved on. Earlier this year, I found the guitar that I had been looking for; a McCarty with a tremolo bridge (NOS 2011 model). I always liked the McCarty pickups and this guitar seemed to be sitting there waiting for me, so I bought it.

Welcome, Roger. I think most of us would like to know what it is about the first PRS guitar that caught you. For me, it was an SE P90 singlecut that was (& still is) the best P90 guitar I`ve ever played.
T

Hi everyone. Drew here. It's with a heavy heart that I join the PRS forum. I am in the process of finding a new home for my Custom 22 Artist that I bought back in 05. I simply don't play it, and it's too beautiful and it sounds too good not to be played. I'll be posting some info soon for a possible electric for acoustic trade if anyone's interested. I hope everyone had a great weekend.

Welcome Drew.
You can stay without a PRS, but there is no trading here.

My my name is Paul Rose, and I'm from NJ. I used to play in a band called "Figurehead", but I'm currently forming a new project, planning to tour (I'll get back to you on that, lol). I've been a member for almost 2 years, but only just got my first PRS a couple of months ago. My story of my move toward PRS is long, so here goes.

The album that made me want to play guitar was Incubus' Morning View. Mike Einziger is my biggest influence, along with Tim Mahoney, and Mark Tremonti, all of whom play or have played PRS. The sounds I've had in my head have come from a PRS plugged into a Boogie. I originally played Les Pauls, but once I had the opportunity to get a PRS, it happened.

The first PRS I played was a Hollowbody II in 2011, through a Mesa Boogie Mark V, and it sounded absolutely amazing. THE tone I knew I had to get and still want to this day. The second was a Tim Mahoney SE, it felt and sounded great! The third was my buddy's SE CU24, also loved it. 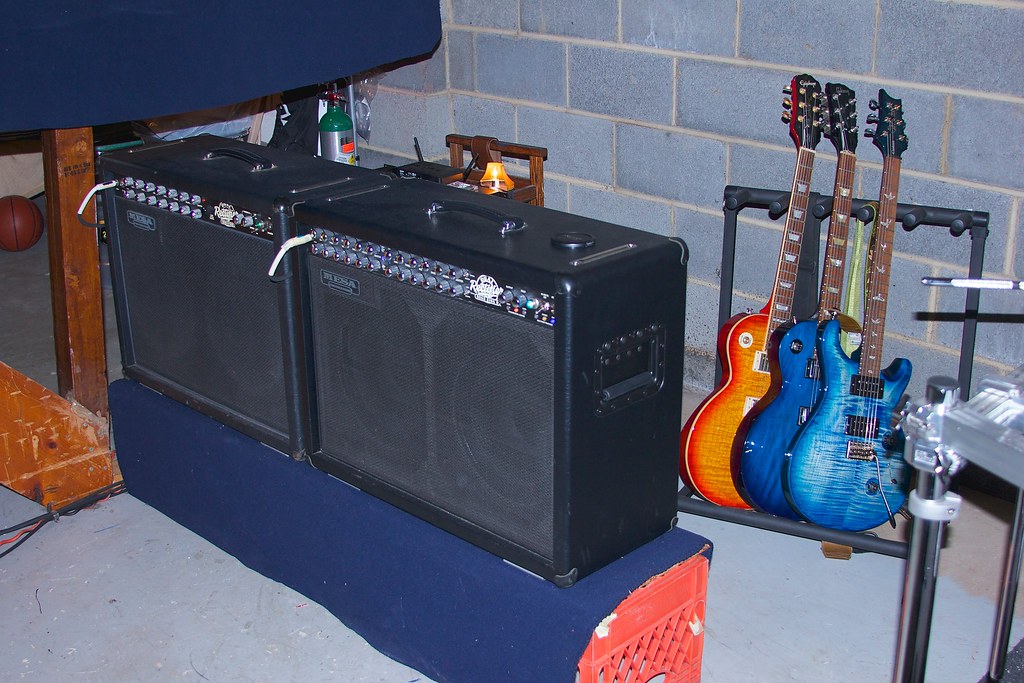 My next PRS I'm shooting for will be a Hollowbody II. Looking to do Private Stock, Bahamian Blue, custom inlays.

Other PRS guitars I plan to get include the older Standard 24, Archtop, SE Mike Mushok, and Tremonti. I also would like another Hollowbody II, but in a natural finish.

Welcome Paul.
Your path is not unlike my own - I just started sooner.

Thank you, dude! I feel many have taken a similar road, some longer and some shorter than others.

Hey buddy! Great to have you.
A

Hey all, my name is Christian. I just picked up a PRS SE Zach Myers semi hollow in Trampas green. Ive loved the look of these guitars forever. Then my LGS got a shipment of 6 in. All SE's. They were all priced around the $650 mark. The one I got was tagged for $442. Its brand new, and Im not sure if it wasn't a mis-write. I wasn't planning on getting one, but I felt like maybe someone wrote it down wrong. I sheepishly went to the counter with it. The guy looked at it laid out on the counter. Looked at the tag and said "wait a second..." Time stood still! "...this comes with a gig bag" Holy cow!! Ive had it about a month now and sometimes just go into my mancave to look at it. The flame and finish is so perfect. The unfinished neck is so nice to play. I love it, and will never give it up, or trade it in. Ive made that mistake with other guitars. Im so happy I found this forum!!

Cheers Christian.
The ZM is a great choice.
A

Thanks man! I love all kinds of music, but mostly "jamband" types band. Widespread Panic, Drive by Truckers, Government Mule, Allman Bros. I really love the sound and style of Jimmy Herring, Derek Trucks, Warren Haynes, and Jerry Joseph. Unfortunately, they are all amazing and I am not. I have to say that the ZM is amazing!
J

Hi all! Just joined the community here this weekend. My PRS journey started 12ish years ago when I picked up a Custom 22, 10 top with birds. Best electric guitar I've ever had. This week I picked up an incredible Private Stock Angelus (German Spruce and Brazillian Rosewood). I'll be making a NGD post in the acoustic section about that beauty!

Welcome to all of you. This is a great forum. ENJOY!!!

I'm new to the forum, new to guitar, and new to PRS! 10 years ago I picked up an acoustic epiphone to play around with. For a year or so that's what I did, nothing real serious but I would pick it up every now and then and play some chords. Then a few years later I decided to get one of those Les Paul Starter packs and play around with that. I couldn't really get into playing that thing.

Fast forward to a month ago when I take a trip to the guitar shop and sit down with a SE Custom24 into a Vox amp. I was blown away. Even though I only knew a handful of chords and could dabble with some minor scales, the guitar was so easy to play! I new I had to have one.

A few weeks later I was checking out some sales on music store live and they had some beautiful PRS guitars on sale. Through some conversations with one of their sales associates I was able to snag a 30th Anniversary Custom 24 in a custom Faded Whale Blue Smoke Wrap at a great price!! I can't stop playing it.

With my new guitar I decided to dedicate time everyday to learn how to play, and it hasn't been difficult to want to practice, seeing as how great it plays and sounds (even out of my crappy little practice amp...still need to upgrade that down the road)

I started playing guitar around 1974 and played for about 10 years. Then I grew up, had a family, job, and responsibilities that took up most of my time. My poor guitars languished in closets and under beds. Until December of 2014. My oldest son pre-inherited my Les Paul and I was left guitarless. My wife and I were Christmas shopping and I decided that needed another guitar so I picked up a maple-neck/maple board Stratocaster. That began my latest guitar obsession and I now own several of them.

While on vacation last week, I felt the GAS growing again that I needed a guitar where we were staying (inherited house in another state.) I went looking for an inexpensive guitar to use that I could leave there. No luck on that but I found a Surf Green PRS Vela and fell in love with it. So I bought it. After playing it for about an hour I decided that it would have to come home with me and so it did. It just arrived on Fedex today.