When I was playing back in the 70s the go to pick for me was a Fender Medium.
Took a thirty year break from playing, and when I got back into this spring of 2012 I bought some more, and also a few of the green Dunlop .88 mm ones.
The latter I liked much better, they had a chalky feel to them which made them slip less when holding them.
That then became my go to pick.

Then on the forum here a few years back I read in a pick thread about the Dava picks.
They make several styles, and I ended up buying a couple of six packs of these, and they then became my go to pick.
I like the way they feel much better than anything else I have tried. 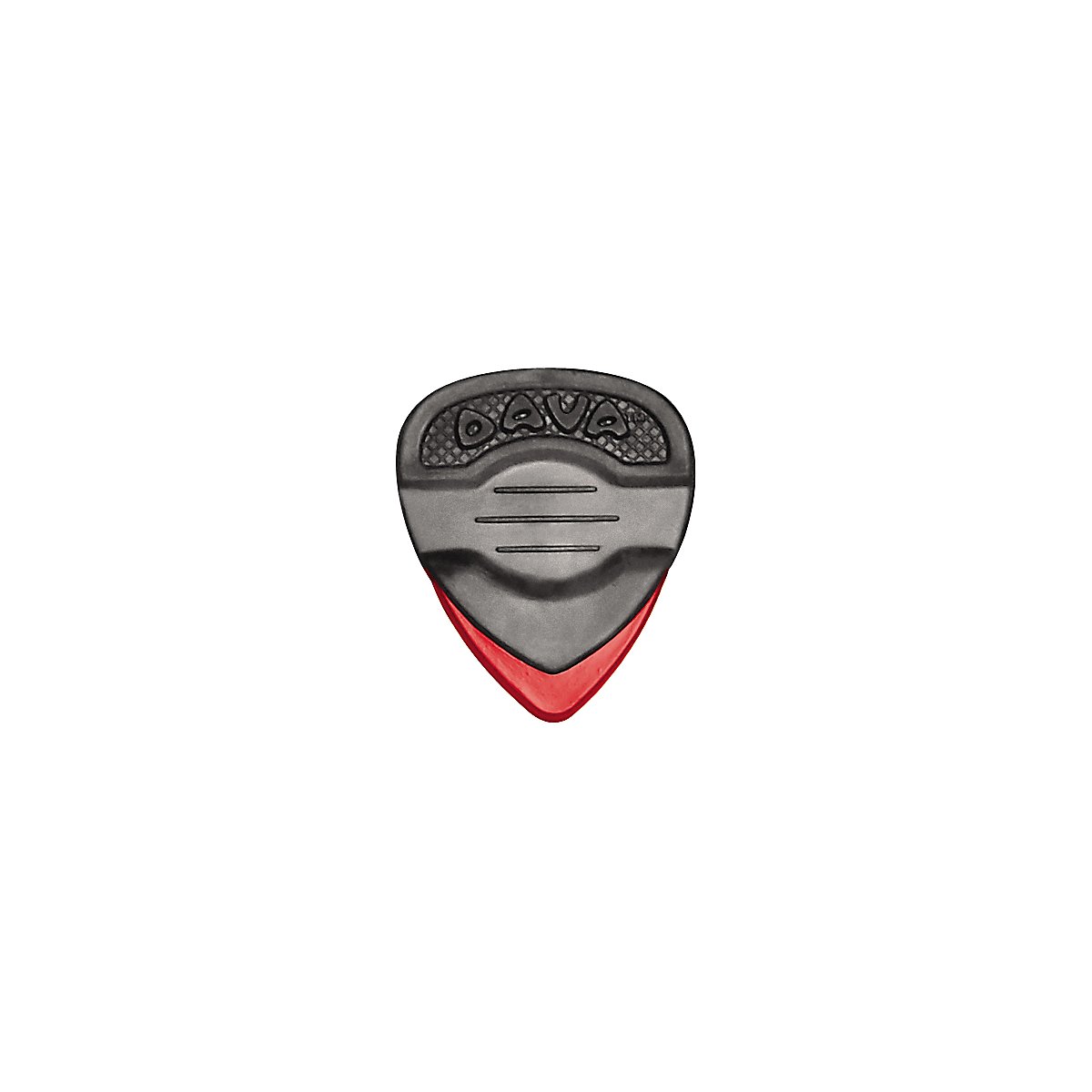 This morning I ordered up two more styles of Dava picks to try out. 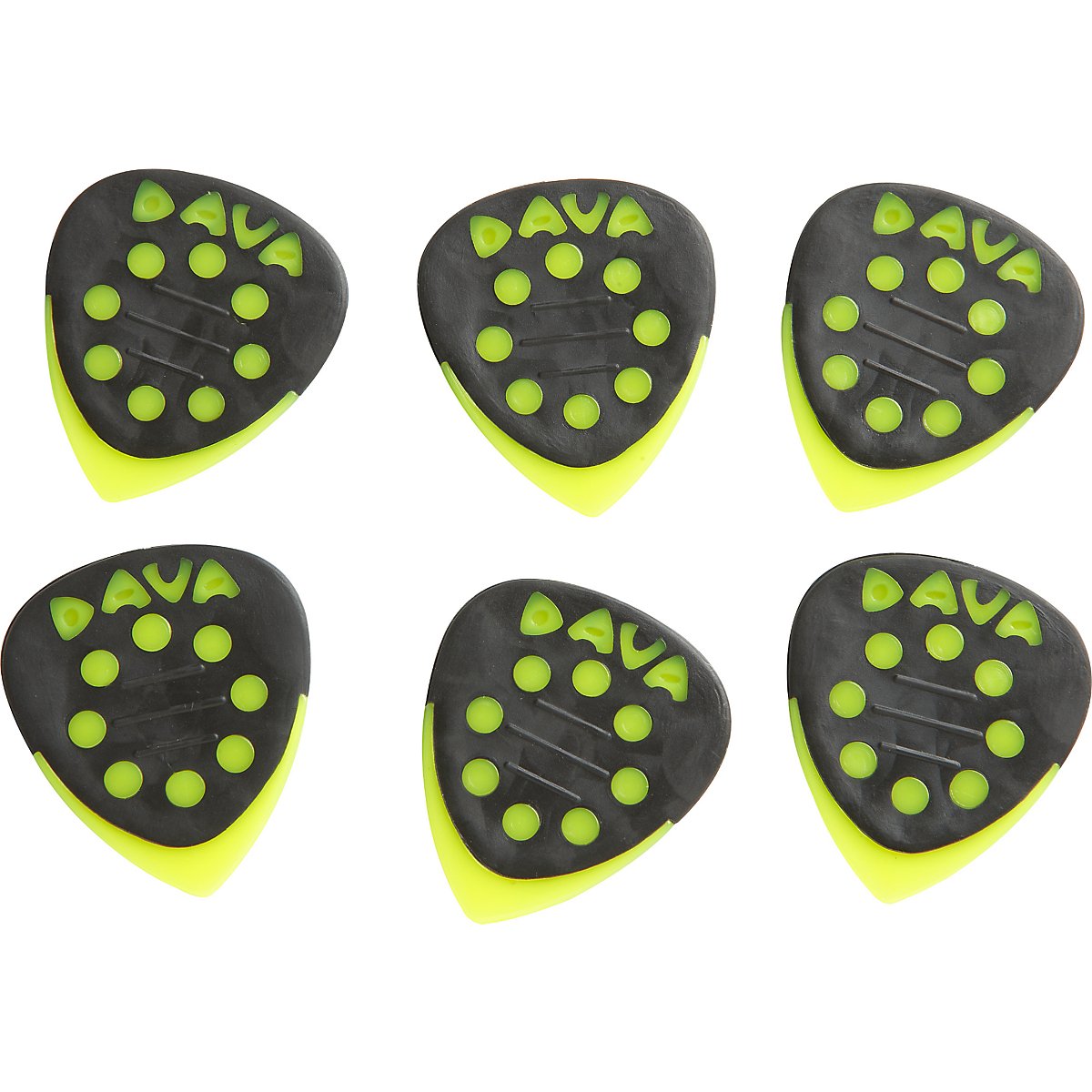 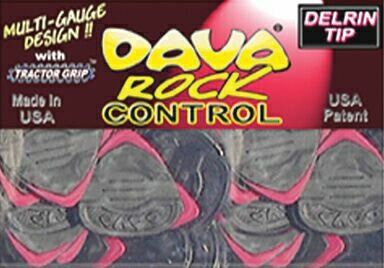 really looking forward to trying the Rock Control ones.
They were a little pricy, as you get 36 of them.
One can never have enough picks though, especially when Pick GAS hits

For those who have tried the Dava ones, what is your favorite out of them?
The two new styles I have not tried yet will arrive Thursday.
B

I carry one in my pocket at all times. Just in case.

They're great for what they do, which is not fall out of your hand. But I sometimes play with the edge of the pick or even an opposite corner in the middle of a tune or phrase to get a different sound off the string, so that was a problem with the Davas. Still, they're excellent picks.

In late 2013 I discovered the Blue Chip picks - they are made of a material that is naturally tacky in the fingers, yet is completely dry (no residue, etc.). They last forever and sound exactly like real tortoise to me.

I mention them in this thread because I have problems with my finger grip on my picking hand caused by a ruptured disk pinching the nerve that operates the closing mechanism between thumb and forefinger, probably similar to Bluesboy's arthritic condition. They make a ton of shapes and thicknesses, too.

The downside is that they're very expensive because the material itself is some kind of space age material that costs a fortune. An article in Downbeat reviewing these picks said that the materials cost is several grand for a 12" x 12" x 1" square of the stuff, which explains the expense. Apparently Blue Chip's main business is machining parts for various industries, and they discovered that the material was great for picks when one of their machinists who played guitar in competitions started making picks out of the scraps and they began to catch on at bluegrass festivals (where picks have been an obsession ever since real turtle was banned).

I don't lose picks, and still have the ones I bought in 2013. They're still like new! I keep looking for signs of wear, and don't yet see any, yet I play these things daily. The other nice thing is that they glide through the strings faster than any other pick I've tried, something you can feel when you play them. So that kind of offsets the expense, at least for me.

As I said, the Davas are terrific picks, but these are a nice alternative if you prefer a more traditional edge, a wider choice of shapes, and feel the need to make your wallet a little lighter.
Last edited: Mar 31, 2015
B

Bluesboy998 said:
Yeah les you mentioned those in a previous post bought some there terrific I alternate between those and dava
Click to expand...

Man, I hate the changes to my back that cause problems everywhere else, but I guess that the alternative to getting older isn't so great.

I used davas for along time however in the past year I've switched to gravity picks. They wear like iron, great sound and great customer service. They now have a pick similar to blue chip but cheaper, still haven't tried one yet though.

Never tried Davas or Blue Chips but interested in both, will have to check them out. I've used Dunlop Gels for years but about 2 months ago someone gave me a Fender Stainless Steel pick and that's all I have used since. May sound weird using a steel pick but it sounds amazing. Has the best attack of anything I have ever tried (think Iommi-levels of cut). And it seems like it will wear well even though they are not particularly expensive.

Check out this newest video from Rabea the guy that shoots Rob's videos with Andertons.
He shows a few picks including one made out of stone.

i used them for a little while. what didnt work for me was the if the pick rotated slightly the soft rubber part was strking the strings with dull, muted thuds.
O

I used to use the dava picks. However I now prefer a much heavier 0.8 mm pick and since I discovered the "blue chip" I haven't used anything else. For my style of playing even the 0.8 mm version wears making them very expensive, but I like the smoothness of the tone and they don't get in the way.
B

I've been using Dunlop Ultex Sharp picks for a couple of years. The Ultex seems to wear better than the Delrin and nylon. And the sharp point really helped out my playing. I've never had a problem with them moving around on me. Of course they still wear and I tend to toss them once they get to the point of "regular" pick form. Lately I've been feeling a little guilty about the amount of picks I go through. Not from a money stand point but from a "I feel like I'm filling up a landfill" with all these picks. I've looked for anybody that is recycling picks but haven't found anything yet. Just a little bit of my "hippy" showing I guess.

Tried the Dava's for a bit but now use V-Picks! :top:

Big Dava fan here. I love them, ended a never ending search. I do keep a stash of Dunlp Tortex .88's handy too, old habits die hard. With the Dava, I don't drop the pick and I really like the way the attack changes as I hold more or less of the rubberized base.

BeerBatteredPhish said:
I really like the way the attack changes as I hold more or less of the rubberized base.
Click to expand...

My mail came late yesterday, so I did not check it until this morning on my way into work.
The 36 pack of the Rock Controls were there.
I believe they are the exact same item as the delrin 1303s.

Will be trying out this weekend the new picks extensively on my SE Angelus Standard, and my 408 to see which like better.
Looks like they also make a pick with metal in it called the Nickel Silver which is made from the same material as fret wire.
http://www.davapick.com/picks/rock_control

May have to try those out later too.

Under the Grip Tip area I do not see my 1303s, so I really suspect they are actually the Rock Control ones.
h well, I have a ton of them for sure now

My favorite thing about the Dava picks though is they do not slip out of my fingers, never dropped one yet.
I can also hear a big difference in sound if I grip the pick with more of it showing, I hear more of the delrin sound, and if I grip it lower and tighter, all I hear is my strings and not the sound of the pick material itself, and that sounds better to me.
O

The nickel pick cut my guitar strings to pieces. Sounded good before they broke though.
G

Scott at Axe Music handed me one of these picks a couple of months ago and I was sold immediately. Ordered in several bags and they are my only picks now. My hands are getting a little older now and they certainly help with gripping the pick. Good things it's just the hands that are getting old. P