gemyneye said:
Ok, so I have been reading so much about Velas and Aahzz recommended them to me in another post I made earlier. So, when one within my budget became available, I picked it up for a lot less than others. Sure a couple dings, but makes it easier to play. Kind of like the first time a rock hits your car on the highway, you relax a bit more. I was hoping to find one with bird inlays since this is my first and only PRS without birds, but they were a little more costly and my fundage was greatly reduced from my MEV purchase and Mira. So, honestly, first thoughts were, "meh, I expected magic". So, I played it a while.. through an amp and kemper...and picked up my 594 SC to compare now that I had played the Vela. OK, so I guess I had to go on a few "dates" with Vela to see the appeal... And I decided, it's the tele I can love. Yes, I've heard it isn't a "tele", but I have never enjoyed playing a tele. Like a few others who have said, they look and sound great when others play, but I guess I'm a PRS guy through and through. The sounds I got were definitely different than all my other guitars. And to be honest I like the Teleprster sound over the tele. But we all have opinions. 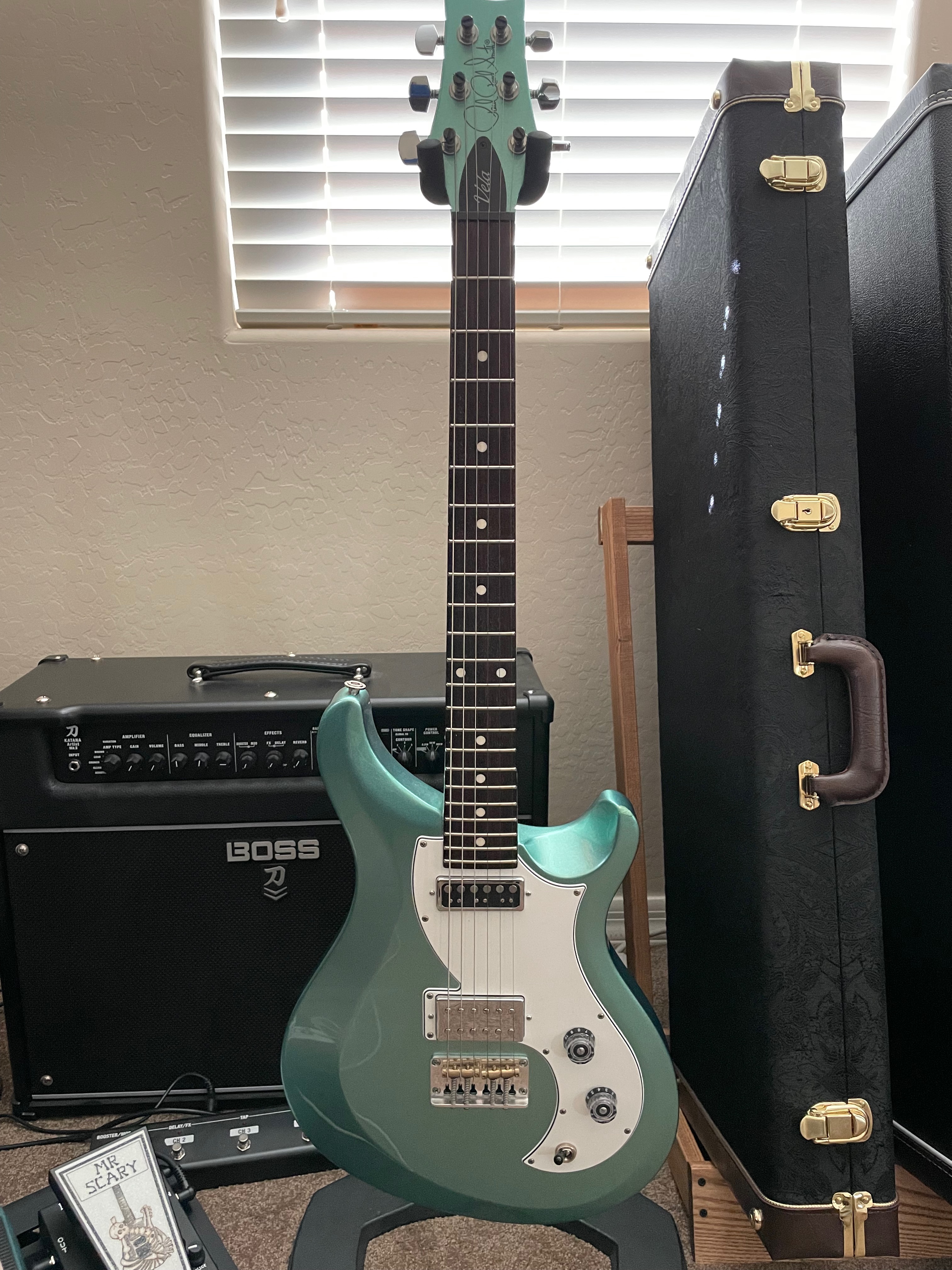 Nice looking Vela . Vela evangelist that I am, it still took me a couple dates, as you phrased it, to fully fall in love.

So many guitars, not enough time

Aahzz said:
Nice looking Vela . Vela evangelist that I am, it still took me a couple dates, as you phrased it, to fully fall in love.
Click to expand...

Thanks! Oh, then I am in good company.

gemyneye said:
Thanks! Oh, then I am in good company.
Click to expand...