Not an album but Stevie Ray Vaughnn live at El Macombo ruled.

Not an album but Stevie Ray Vaughnn live at El Macombo ruled.
Click to expand...

For me....the only album I have ever literally worn out. Probably the first live album I ever learned to play along to, note for note. Woundtight said:
UFO Strangers in The Night
Click to expand...

my #1 as well. Incredible album from start to finish.

I had Kiss Alive and Frampton Comes Alive (saw his concert soon afterward in St. Louis), but my FAVORITE - and the one that was subsequently procured by someone else who I hope liked it just as much - was (and still is) Thin Lizzy, "Live and Dangerous." I had all three on vinyl, and some days would blast them in the dorm back to back to back
P

Live and Dangerous, and BB King Live at the Regal.

Anyone pick up the new Zepplin - Celebration Day yet?

My favorite live concert album has got to be Gov't Mule's The Deepest End. Absolutely love Warren's playing and the amazing league of musicians he's playing with.

OsirisProtocol said:
My favorite live concert album has got to be Gov't Mule's The Deepest End. Absolutely love Warren's playing and the amazing league of musicians he's playing with.
Click to expand...

Searching for the sound

It was probably a 1-2 punch of ABB - Live at the Filmore East & Grateful Dead - Europe '72 that sent me on the happy trip I've been on ever since.

A Top (and Heart) of Gold

I need to add a few more to my list of favorites from an earlier post. They are: The Who "Live at Leeds", The Who "Live at Hull"... Heck, anything live by The Who is on my list. Likewise for Motorhead, who have released some great live albums in the last few years.

Maiden: live After death and Rock in Rio
Fleet wood Mac: The Dance
UFO: Strangers in the Night

I'll jump into this necro thread.....
I absolutely agree with the several others who listed UFO: Strangers in the Night.
I'll add - Kansas: Two for the Show (particularly the expanded anniversary edition)

Why can't I take my guitar everywhere??

The most recent ZZTop album, Greatest Hits from Around the World. Yes, I know its a compilation, yes, I know they are from different shows... but its all there, in its glorious Texasitcity.

...also a truly well done VHS video which I turned into an actual menu driven DVD with my Mac.

I don't really understand the point of Pink Floyd live albums -- they're too much like the studio recordings. I either want long jams worked into the studio versions, like ABB's Live at Fillmore East, Deep Purple's Made in Japan, and Led Zeppelin's Song Remains the Same, or I want wildly different versions, like Joe Walsh's You Can't Argue with a Sick Mind or Blue Öyster Cult's Some Enchanted Evening.

I mean, don't get me wrong, I still own all of them, I'm a huge Pink Floyd fan, but I would never cite their albums as the best live album. 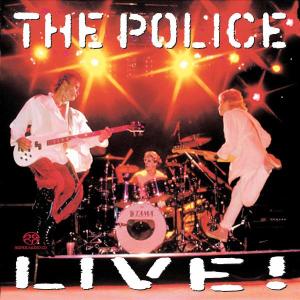