A Tale of Two DGTs

To and Fro, Mostly Fro

About 3 years ago, I bought my first DGT--a used Honey with a Brazilian Board and a wonderful Artist quilt top. It was my third PRS, after a Core DC 594 and a Private Stock Santana Retro. This very quickly became the standard by which all guitars were measured for me. Indeed, it was the first guitar in 50 years of playing that I felt was dead on perfect (the usual bumps and bruises aside), largely for its brilliant blend of clarity and grind. The 594's switching system and neck were both great, but there's a special something in the DGT formula that flat our works for what I do (a mix of rock and classic R&B). Ultimately, I couldn't bond with the Santana neck and frets and found the guitar slightly less good for rhythm playing. Just before COVID hit, I picked up (and still have) a HBii piezo that gives me an entirely different flavor and is one of the best recording guitars I've played. 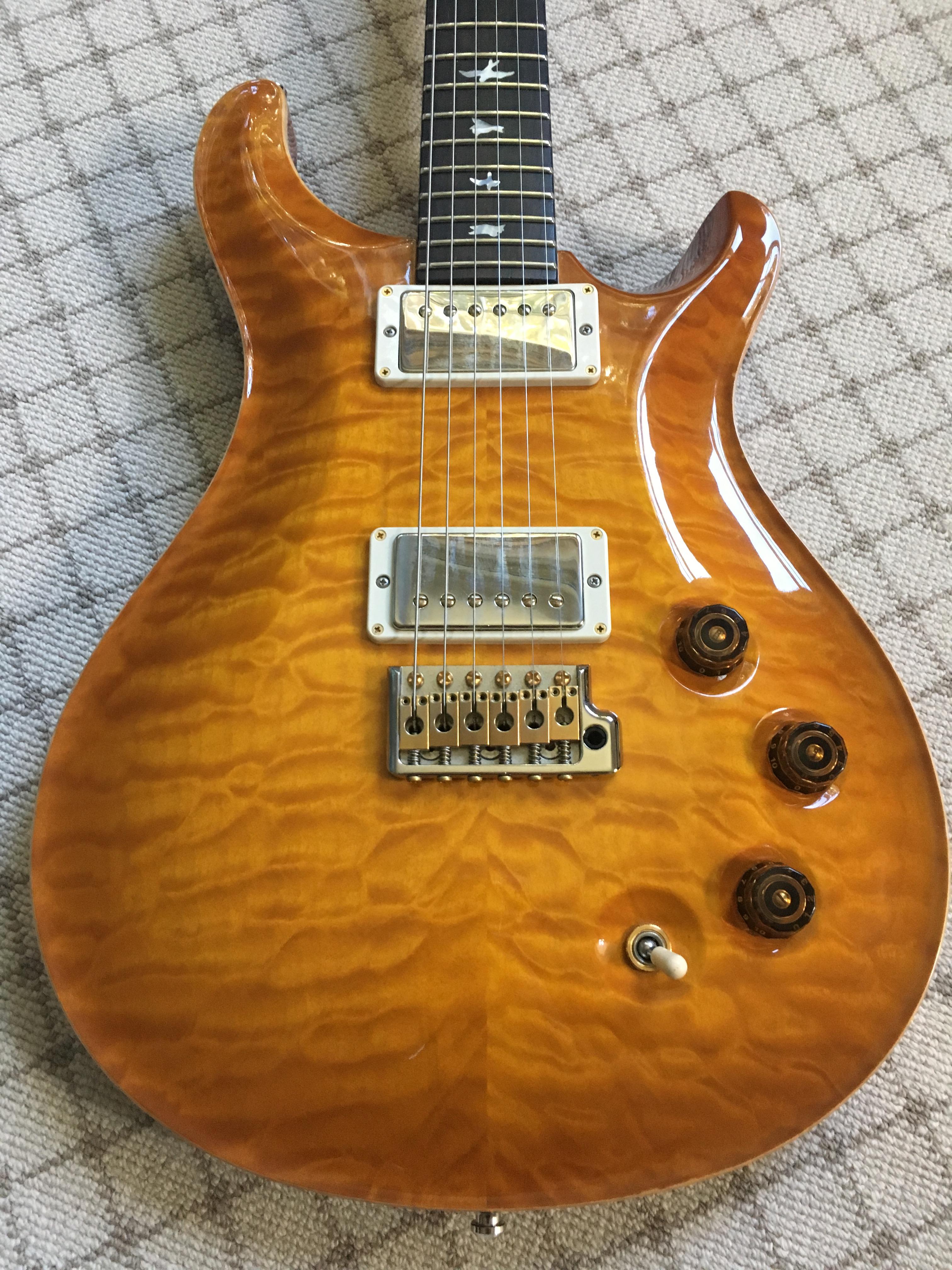 I've been stalking Reverb and TGP for well over a year looking for a Private Stock DGT to add to the stable but wanted the classic mahogany/rosewood recipe, a killer quilt top, and a classic burst finish. Then this one came up at John Mann's Guitar Vault: 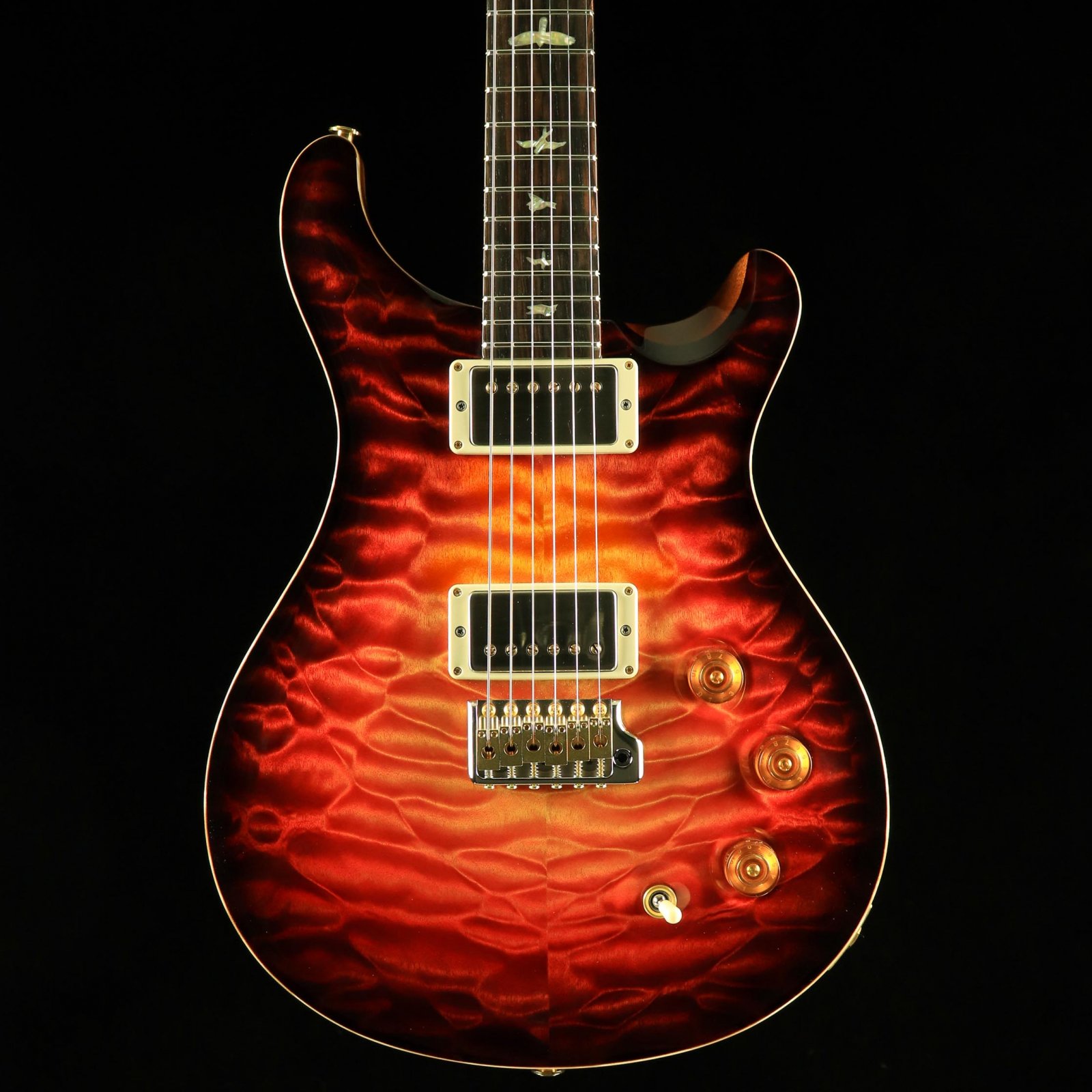 To say it checked all my boxes was an understatement! I've lived with the PS for a couple of weeks now and can say that it raises the bar, if slightly, on the Core version and has become my new standard. With the same strings on both and at the same settings, there's a hair more sizzle on the top end and slightly better string definition on the PS, but I'm astonished at how close the two ultimately are. The Core guitar has its share of bumps and bruises so I'll continue to play it out, but I'll likely reach for the PS every time at home.

A couple of hotties!

I agree there is some magic mojo in the DGT recipe

Both are beautiful. Congrats!

I wanna swim in that top

The DGT was my gateway to PRS. Got it in ‘08, a DGT without the “T”, a special order of sorts from Willcutt’s with a wrap tail!

Soon another DGT, Wood Library with a crazy great downgraded PS one piece quilt and flame top for the order, followed by a McCarty SC594 Wood Library and a special order McCarty 594 semi-hollow with a rosewood neck!

I sold my Gs, Fs McNaught, Fibenare, Hubers and others after my second DGT. I now only GAS for other PRSi. No one does it better!

Both are just killer!